Koga leaves the island in search of the missing Athena and meets another Bronze Saint. 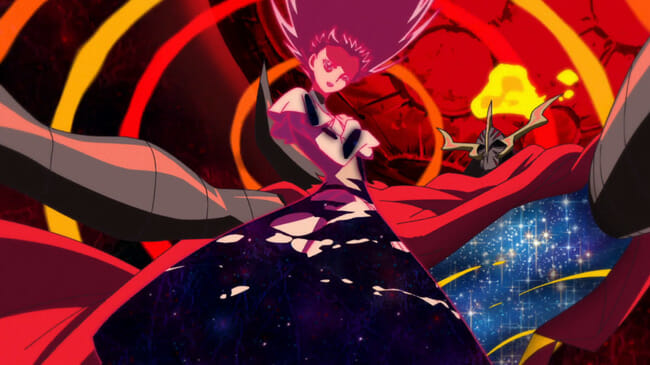 Athena is consumed by darkness and disappears

We skip ahead to the aftermath of the battle that began in the previous episode between Pegasus Koga and Mars. Koga awakens next to a wounded Shaina, who used her body as a shield to protect him from Mars’ onslaught. Mars and Saori have both disappeared. 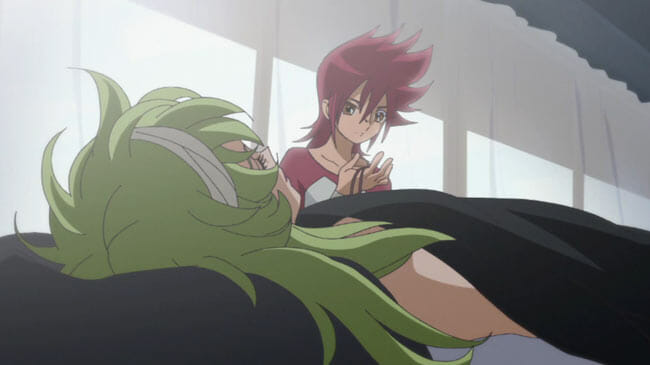 Koga decides to leave the island to find out where Saori went; he bids farewell to Shaina and Tatsumi, and begins his journey. 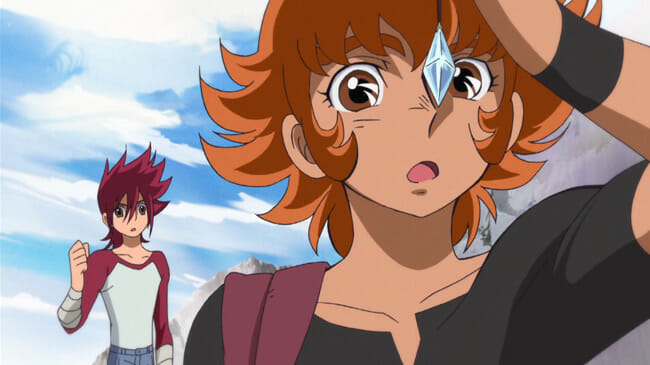 He bumps into another Bronze Saint, Lionet Souma, who gives an infodump on how Cosmo has different elements now (Earth, Fire, Wind, Water, and Heart…or something to that effect). Souma’s element is fire, and Koga’s seems to be light. Souma is on the way to the Palaestra, which is pretty much Saint School, and Koga tags along. At night they’re attacked by Ordykia, one of Mars’ minions, but the two Saints work together to defeat him.

Ordykia is killed by another Martian for his failure

This was a bit better than the first episode; it was more focused and Koga now has a clearly defined goal.

Souma and Koga resume their journey to the Palaestra

Souma is set up to be Koga’s best friend – interesting he’s the Lionet Saint, considering Lionet was such a minor character in the original series and spoke no more than five words. The cloth has been redesigned since then and I can’t say that I like it; his helmet looks better suited for a cyclist than an armor-clad Saint. 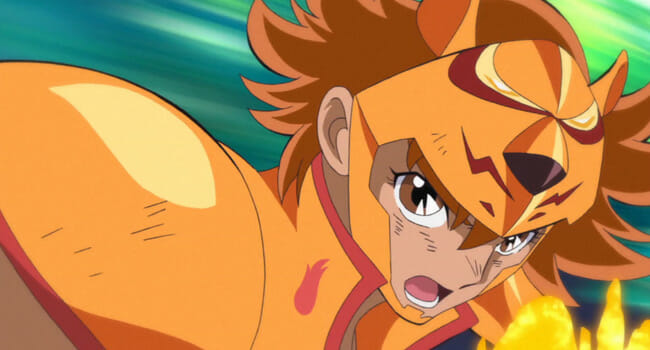 Souma in the Lionet Cloth

We’re introduced to the concept of elements, which is a completely new addition and wasn’t in any of the previous Saint Seiya series. The in-story explanation is that the Cloths have evolved, and now each Saint has to have an element. I’m not quite sure how I feel about them. They feel better suited to a video game, like Final Fantasy, but we’ll see…