Saint Seiya Omega is the 3rd anime series in the Saint Seiya anime/manga franchise, and tells the story of the next generation of Saints, mythological armored warriors who fight evil in the name of the goddess Athena. 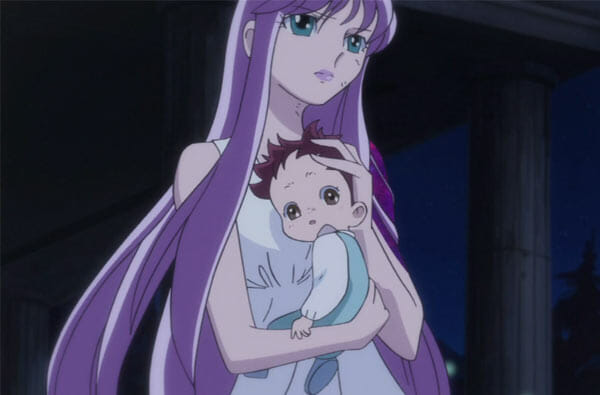 At night in the Sanctuary (Saint headquarters), Saori Kido, the current incarnation of Athena, finds a weird-ass baby crawling around. Suddenly, the planet Mars appears in the sky, followed by an armored warrior guy who’s also named Mars, the God of War. He’s here to kill Athena, but she and the baby are saved by Seiya, now the Gold Saint of Sagittarius. 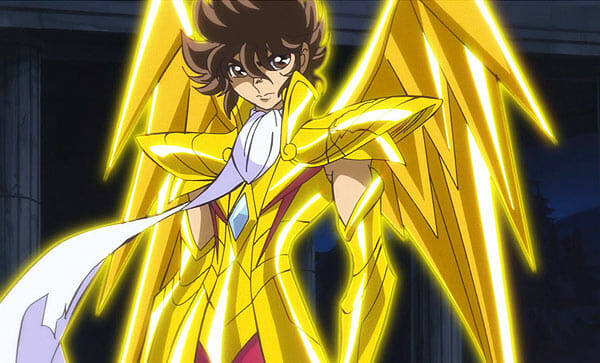 Instead of seeing the conclusion of the battle, we move ahead 13 years later. Saori and her butler Tatsumi have exiled themselves to an island with Silver Saint Ophiuchus Shaina and the teenaged Koga (the baby we saw earlier). Koga trains with Shaina to be a Saint

Saori bestows the Pegasus Cloth on Koga right when Mars shows up again to finish what he started all those years ago to kill Athena. Shaina tries to attack him but is easily swept aside. Now it’s Koga’s turn to fight. 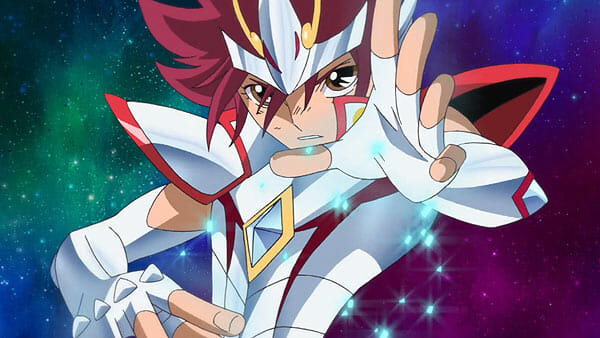 Koga puts on the Pegasus Cloth

The beginning of Saint Seiya: The Next Generation! This episode is pretty friendly to newcomers who haven’t seen a single frame of the original series; it does a very quick rundown of the premise, then explains the all-important concept of Cosmo (as the original Saint Seiya did in its first episode), which is sort of like chi or the Force in Star Wars. But I could see new viewers being a bit confused or even intimidated by other elements – especially the opening scene. 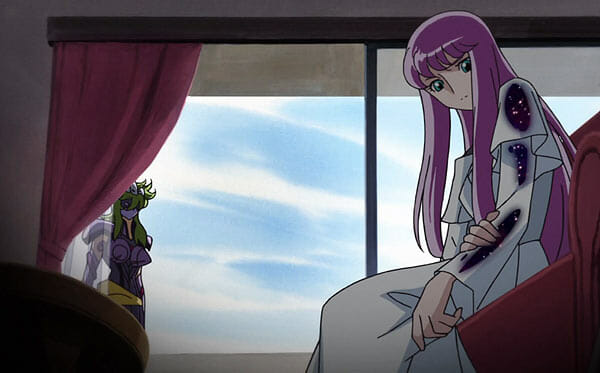 Saori has a weird space wound

As a fan of the original Saint Seiya, I thought the best part was seeing the return of old characters, and I much prefer them to the oh-so-generic new characters. I wish they showed signs of age, though. It’s been 26 years since the end of the original series and everyone still looks like teenagers! Only Tatsumi’s aged but that’s because he grew a moustache. 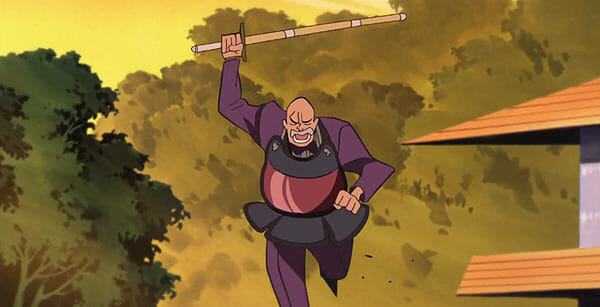 I really don’t like the new animation style. It’s very cheap and simplified; even the lower budget Hades episodes from the original series looked better. It would be fine if the animation was more fluid, but other than fleeting moments, that doesn’t seem to be the case.