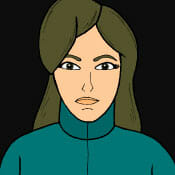 Height: 1.76 m
Age: 31
Homeworld: Luna
Position: Captain
Crime: Insubordination
Voice Actor: Trina Deuhart
Coming from a family of highly decorated military officers, Jan has a planet-sized chip on her shoulder. She ascended the ranks in record time and became captain of a state of the art battleship (whether because of her natural talents or her family name, it’s debatable). Her strength, idealism, and determination ensured she was going to have a bright future ahead of her…but that all changed when she disobeyed orders during a hostage crisis leading to the deaths of 332 people. 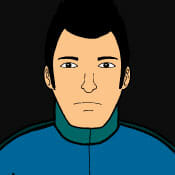 Height: 1.78 m
Age: 34
Homeworld: Alpha Centauri
Position: Navigator/Weapons
Crime: Manslaughter
Voice Actor: Brian Beaudry
What most people see as a glass half full or half empty, Zach sees as completely full of both air and liquid; he is an eternal optimist and a good friend, especially to those who need one. But at times he can be more than a little awkward and clumsy. It’s his clumsiness and negligence, in fact, that led to 2.41 million credits worth of property damage, and ultimately the reason he now finds himself a Redeemer. 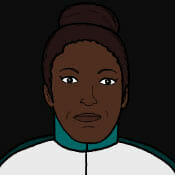 Height: 1.68 m
Age: 42
Homeworld: Zubris
Position: Medic
Crime: Homicide
Voice Actor: Caitlin Buckley
While Maureen is capable of great empathy and optimism rivaling Zach’s, she shrouds herself in sarcasm and self-deprecating humor, trying to distance herself from those around her. Her greatest fear is false hope – she’s been burned many times in the past, and she’s too afraid to consider the possibility of surviving her five years as a Redeemer and going back home to her two sons; Maureen prefers to keep her standards and expectations low so as to never face disappointment. 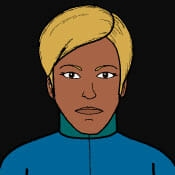 Height: 1.65 m
Age: 27
Homeworld: Earth
Position: Communications
Crime: None
Voice Actor: Jessica Estrada
The daughter of a corporate mogul, Linda grew up in affluence with all her needs and desires easily fulfilled. As she grew older, she became more aware of the horrors her father and his company were responsible for, and started distancing herself from the family name. The only way she could truly escape them, she realized, was to join the Redeemers. 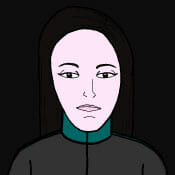 Height: 1.65 m
Age: 30
Homeworld: Calypso
Position: Chief Engineer
Crime: Drug kingpin
Voice Actor: Kalyn McCabe
Entering the drug trade (Calypso’s only real “industry”) at an early age, Alyssa  discovered she had a talent for working with machines. She was able to create more and more sophisticated devices able to synthesize the narcotic savitas faster and cheaper. Alyssa rose to the top and built an empire…but she was betrayed by one of her lieutenants and apprehended by sector police. 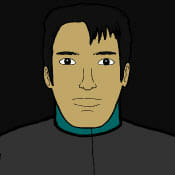 Height: 1.88 m
Age: 29
Homeworld: Cygnus Major
Position: Assistant Engineer
Crime: Theft
Voice Actor: Ryan Edwards
Doug is an upstanding citizen, a man of honor, and an ever-helping hand. If you ever need a kidney, he would be the first in line to give you one, even if he couldn’t spare it. But his strength became his weakness when his younger sister was caught stealing and he chose to take the blame. 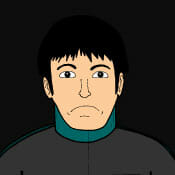 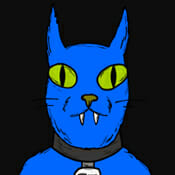 Height: 1.01 m
Age: ?
Homeworld: Octylon
Position: Doctor
Crime: None
Voice Actor: Blu
Fang, like most Octyls, is curious, dependable, and prideful; he’s very close to nature but is also comfortable indoors (and uses a litter box). A human interpreter named Pierre is mentally linked to Fang, and the two share a bond beyond friendship or even family.