Rita has her Putties destroy Kimberly’s parade float, then makes a monster flower that makes other flowers into monsters. Hooray, the parade float is complete!

In the Angel Grove Youth Center, Tommy helps Kimberly finish making a model float for the upcoming World Peace Parade. Then Rita sends her Putty Patrol to wreck the float because she’s petty like that. 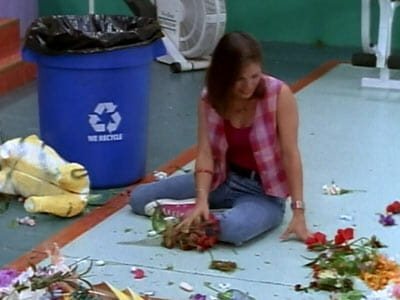 Surrounded by the debris of her beloved float, Kimberly is filled with grief and nearly loses her mind. 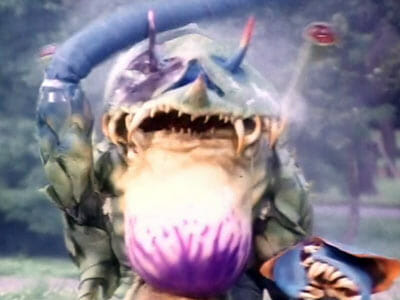 But Rita won’t stop there. No, she wants to screw up the entire parade and orders Finster to make a flower monster that has the power to turn regular flowers into vicious monster flowers with killer teeth! Also, maybe I’ve been watching too much Rick and Morty, but the flower monster’s chin looks like a ball sack. 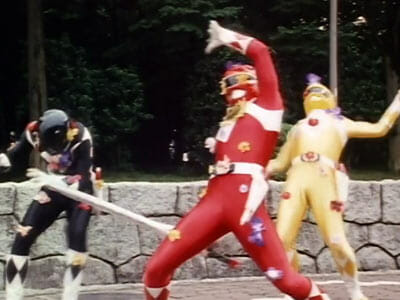 Zordon summons his teens and has them do his dirty work: They morph and form the Dragon Megazord but end up losing the first round of the fight. 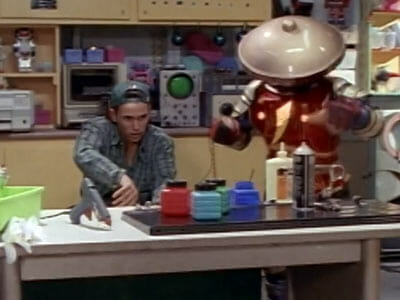 Tommy and Alpha have more important things to do

The Rangers retreat to the Command Center and Zordon tells them that the monster’s weakness is his chin sack; he sends the Rangers back out except Tommy. There’s no Zyuranger footage of the Green Ranger in this fight, so he has to stay home (well, Billy’s home) and redo Kimberly’s parade float with Alpha. 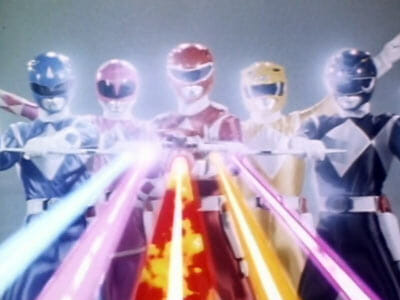 The Rangers destroy the monster

The Rangers destroy the monster and its sack with their Power Blaster and head back to the Youth Center to see Kimberly’s new float join the parade on tv. 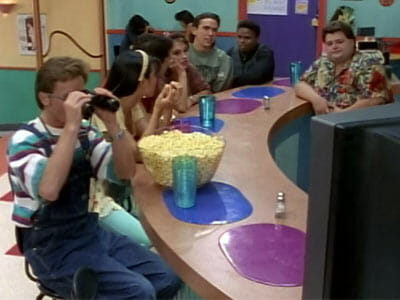 This is how I watch tv too

Nothing really memorable happens here. It’s another episode that exists. 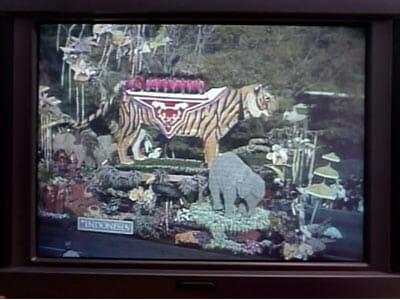 Tommy an Alpha made THIS in like two hours?!

Lots of telling and not showing – like when the flower monster starts making all the monster flowers that attack the city we don’ really see any of it. Just a quick scene of Bulk and Skull running in the park being attacked by/covered in the monster flowers. That must have been the best they could do on such a low budget. 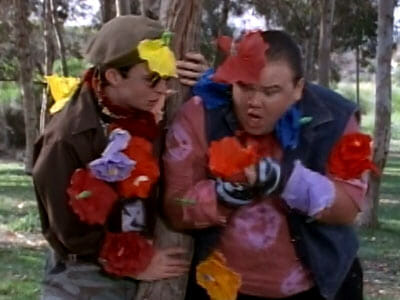 Skull and Bulk are also attacked by flowers

This low budget was extremely evident when we see a close up of the Zyuranger flower monster prop, “recreated” for newly shot American footage. Look at the difference: