This episode covers the same events as the last one, but from the point of view of the Free Planets Alliance fleet (or rather, it’s three mini-fleets) and young officer Yang Wen-li. 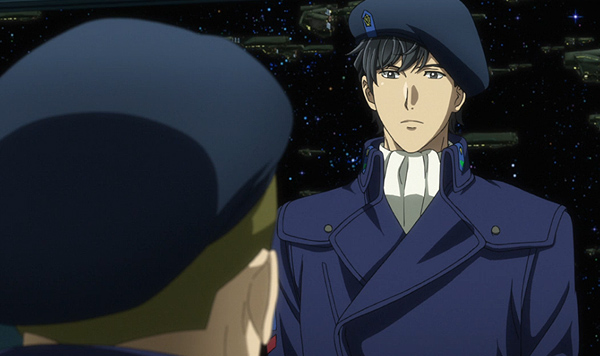 When the first of the three Alliance mini-fleets falls to the Empire, Yang suggests merging his fleet with the other surviving fleet to boost their numbers.

The commander doesn’t listen to Yang

His commanding officer disregards his suggestion, and the second fleet (which has Yang’s buddy Jean) is attacked and also destroyed. 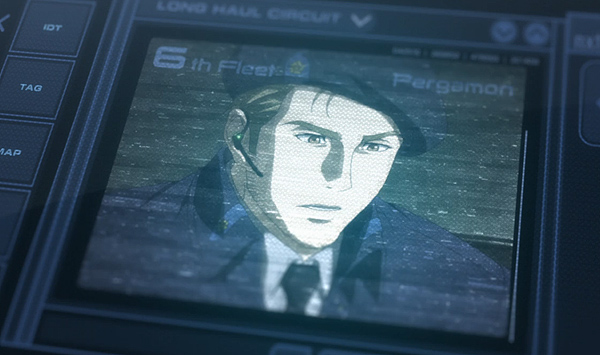 The Imperial fleet moves on to attack Yang’s fleet. When his commanding officer is killed, Yang takes command and employs a winning strategy to push back the Imperial ships.

Reinhard sends a message to Yang that he’s a worthy opponent and he hopes to face him again someday. 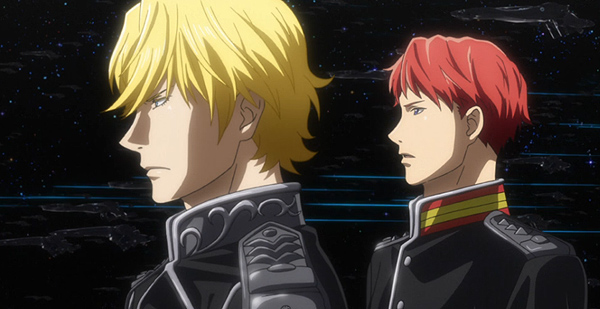 The Empire may not have taken Astarte, but they destroyed a ton of Alliance ships

Another good episode, but since a lot of it was a retread of what we saw before, it’s not as good as the last one. I wish the first two episodes could have been combined because I feel there wasn’t enough new content in this one to justify a separate episode, but maybe I’m just being picky. I already like Yang a lot more than Reinhard (and I have a feeling we’re supposed to at this point).