Sandra Bullock has a really, really bad day in space. 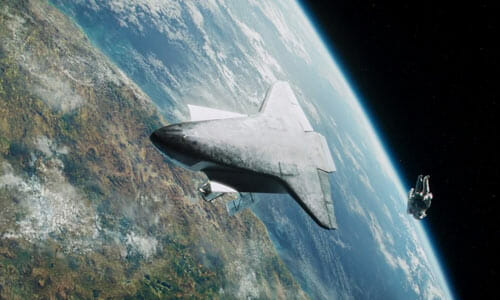 The space shuttle Explorer and its team of astronauts work on repairing Hubble. It’s Dr. Ryan Stone’s first space mission, and she’s a bit nervous; Lt. Kowalski is really obnoxious broadcasting his country music and telling ridiculous stories. There are some other astronauts there, but they’re not important. 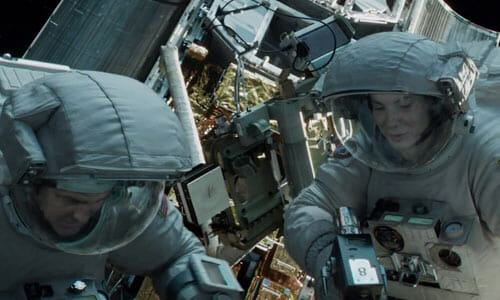 Kowalski and Stone work on Hubble

Mission control tells everyone to abort the mission because the Russians detonated an old satellite and a bunch of its debris is heading their way. Hubble’s hit, flinging Stone away. Kowalski rescues her, and they return to Explorer but find it heavily damaged – all the other astronauts are dead. 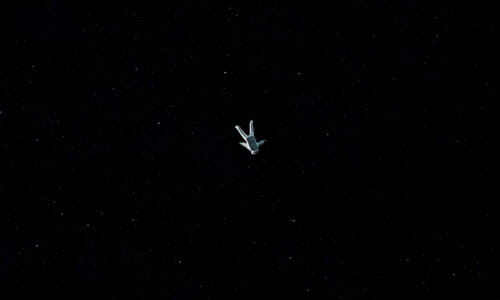 In space, no one can hear you scream

Kowalski and Stone head to the International Space Station, where they can use a Soyuz space capsule to return to Earth. They are barely able to grab onto the station, literally hanging by a thread, and Kowalski is forced to unhook himself from Stone to save her. He floats away into the abyss of space. 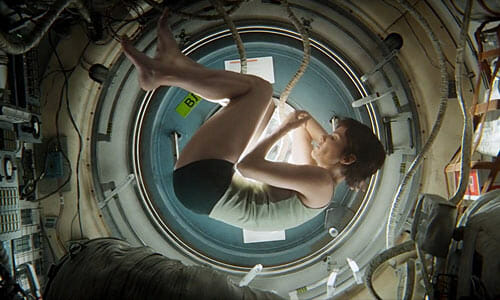 Stone is safe…for the moment

Stone enters the ISS and takes a breather for a moment before some random exposed wires start a fire. She rushes into the Soyuz but is unable to launch because its deployed parachute is snagged; she dons a space suit and goes out to manually unhook it, surviving another run in with the satellite debris in the process. 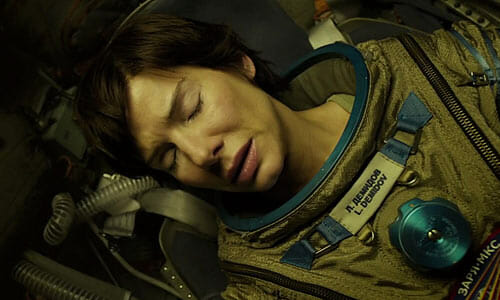 Stone has the worst luck

The Soyuz capsule finally launches, but since its parachute has already been deployed, it’s unable to land on Earth. Stone’s new plan sees her using the Soyuz to go to China’s Tiangong space station and use one of its capsules to return to Earth. That plan gets nipped in the bud when the Soyuz runs out of fuel on the way to the other station; she’s left floating in the module. Stranded. 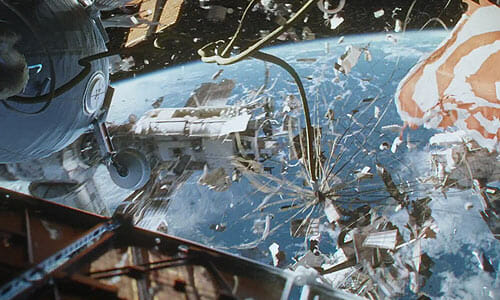 As the Soyuz drifts, Stone mopes about her dead daughter and pretty much gives up until a hallucination of Kowalski gives her the idea to use the Soyuz landing rockets to nudge the capsule over to Tiangong. Stone exits the Soyuz and uses a fire extinguisher (!) to get to Tiangong, but because of its decaying orbit, she has mere minutes to launch in the module. 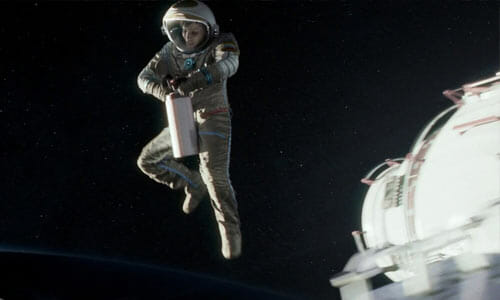 The scene everyone talks about

Well, long story short, Stone launches and lands on Earth in the ocean and must escape death one more time when she opens the hatch and a bunch of water floods in. She swims out, takes off her heavy space suit, then surfaces and collapses on a shore. 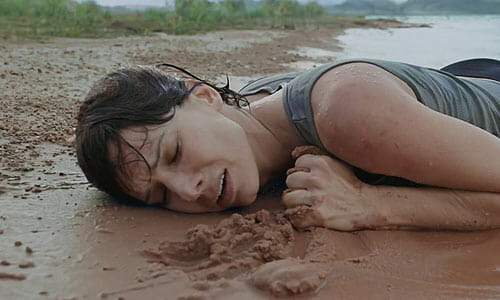 Gravity made a lot of money and raked in the awards, but does it deserve them all? Visually, this is a good film. The special effects were great, and there were a lot of interesting camera angles, like the helmet POV shots of Stone. This was a film made to be seen in 3D though, which I didn’t, and seeing it in 2D made Gravity’s weaknesses all the more visible. 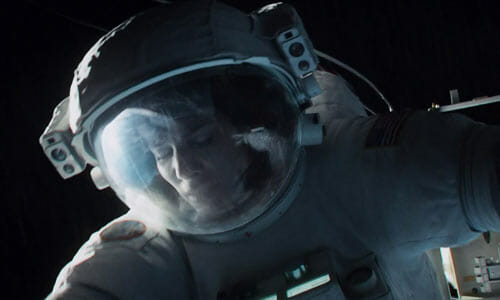 Don’t watch this film if you have a headache

As I watched this film, I kept thinking how much I’d enjoy it if I actually liked the characters. The only two characters we get to know, Stone and Kowalski, were very generic, dull stock characters, and in Kowalski’s case, annoying. Stone was saddled with a silly dead daughter backstory, which was such a cheap way of tugging the audience’s heartstrings. 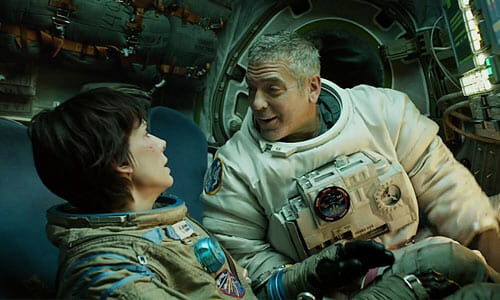 The dialogue was trite and cliche and simply tried to make Gravity into what it wasn’t: an actual film. It’s more of a special effects reel showcasing cool stuff future feature films could use. Gravity is more akin to a theme park ride, or one of those IMAX films whose sole purpose is to provide audiences a good time, eye candy, and plenty of “oohs” and “ahhs.” 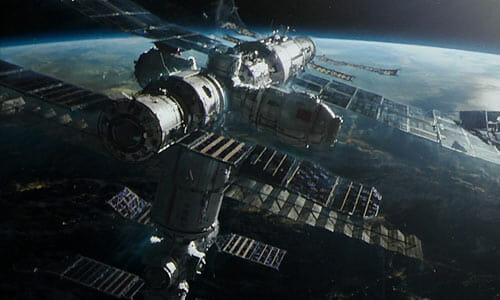 What would improve this film?

Cut some of the endless disaster and replace it with more character moments, not to mention more characters! Alternatively, cut the weak character moments and dialogue that’s presently in the film for a shorter runtime. Even a 10 minute short would be good enough! Or, for an even more radical change, nix the whole film and just make Gravity a video game.

Overall, despite its dazzling special effects and moments of genuine excitement, Gravity is pulled down by its weak story.

16 things Gravity got wrong (and some things it got right, too)