Shingo starts training Kenta to be a pilot. 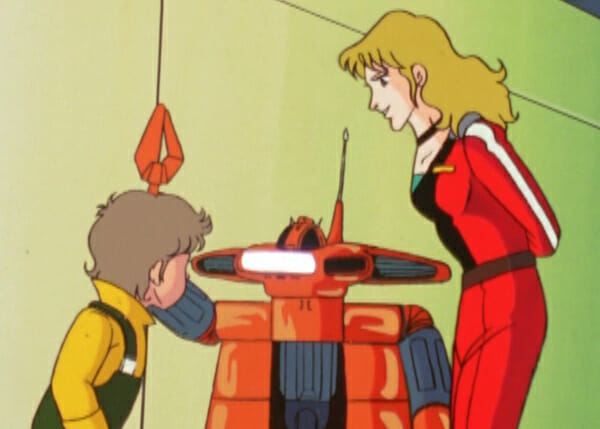 The Good Thunder sets down for maintenance and the crew gets a little downtime. Kenta’s withdrawn, still thinking about the death of his father. 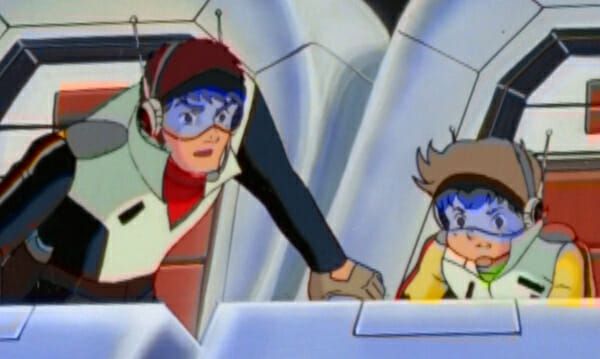 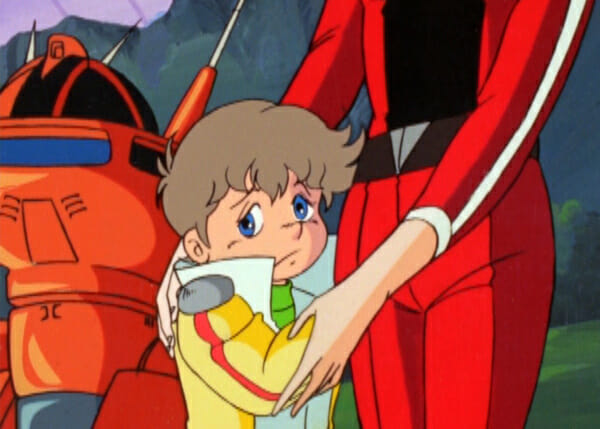 Killy and Remy go for a stroll outside but a villager runs up to them asking for help: “Killer robots are on the loose!” But it’s a Docooga trap to lure them away from Good Thunder. 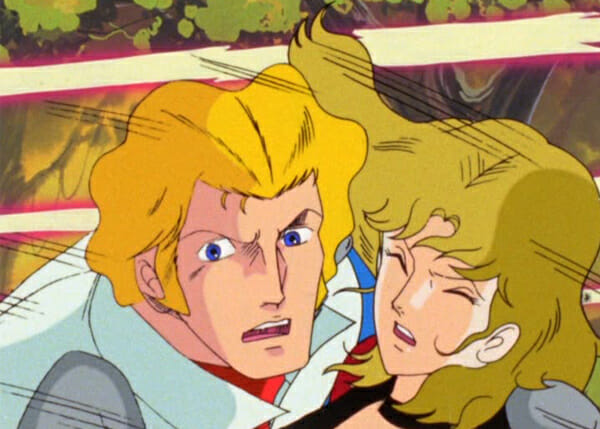 Killy and Remy are attacked by Docooga’s robots

Docooga attacks Good Thunder with a sky battleship and little jet things (I don’t know what else to call them!). Shingo heads out in GoShogun with Kenta as his co-pilot, and they waste ’em all with GoShogun’s bazooka.

Yet another average episode; Kenta’s at the forefront again, working on becoming more of an active member of the team, but that’s pretty much it. No giant robot enemy this time, so the fights in this episode were pretty bleh (like in the first one) but not horrible.