When our heroes’ robot, Try-3, gets damaged in a fight, it’s up to Kenta to save the day. 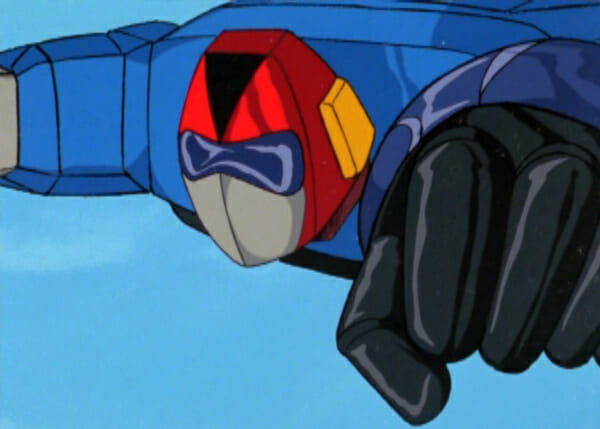 The Good Thunder arrives at a new part of the world via teleportation, and our three heroes – Shingo, Killy, and Remy – take off in their jet-like vehicles, which combine to form the robot Try-3. 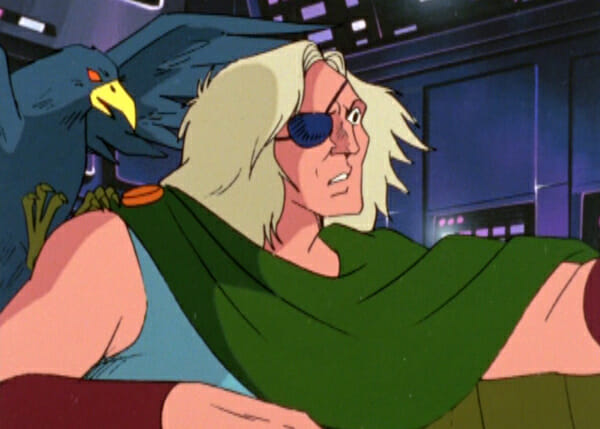 Cuttnal (the one that’s not a bird)

Docooga’s out here too, up to no good as usual. They fire a bunch of missiles to destroy a dam for some reason (forgot why, exactly, but do they really need one?). Try-3’s body intercepts the missiles and gets damaged; our heroes can’t separate their jets. 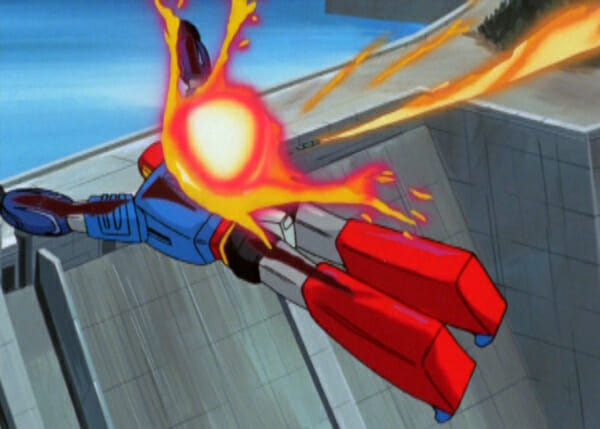 Now aware of Try-3’s presence, Docooga sends out a robot called Tester Robo and it starts beating the crap out of Try-3. 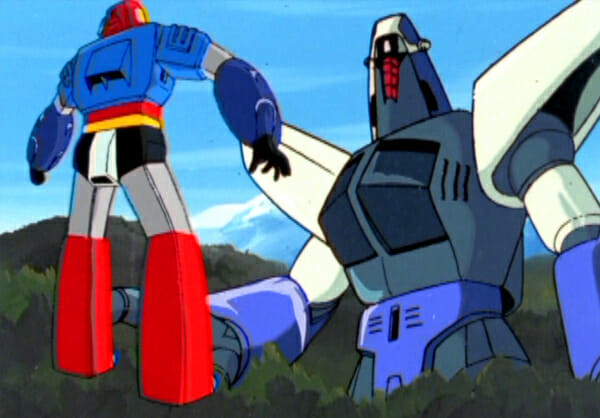 Back on Good Thunder, we learn Kenta is a genius when it comes to machines: “Computers are my best friends.” He figures out the exact piece of machinery that’s broken in Try-3 and takes a replacement part over to Shingo and the others. 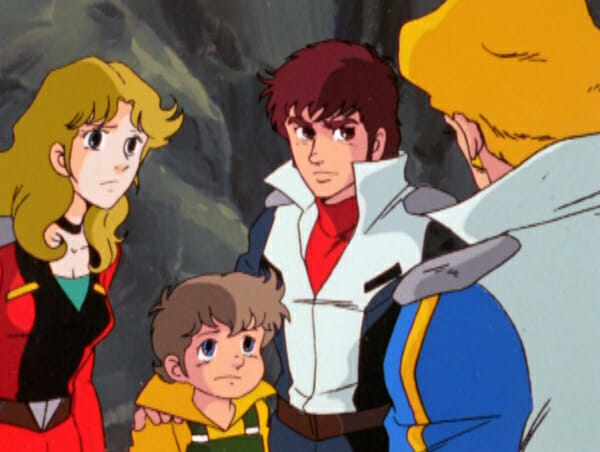 Try-3 gets fixed and the group separates their jets, then they all get inside GoShogun and destroy Tester Robo with a single punch. 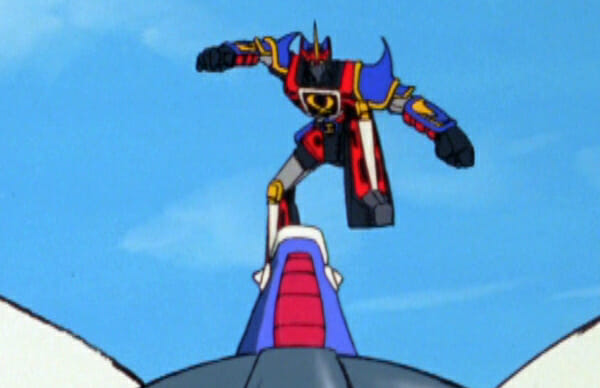 This was a little better than the last one, I mean, at least we got a robot vs. robot fight (technically TWO robot vs. robot fights), but it still felt felt like an “average” episode. I’m hoping Kenta’s instrumental role in this episode isn’t a portent of things to come, with him saving the team’s asses every episode, but we’ll see. I really liked the simplistic design of Try-3 and actually prefer it to GoShogun.