GoShogun is an ’80s super robot anime that ran 26 episodes and 1 movie. It was released in the US as Macron 1, which had a killer theme song. 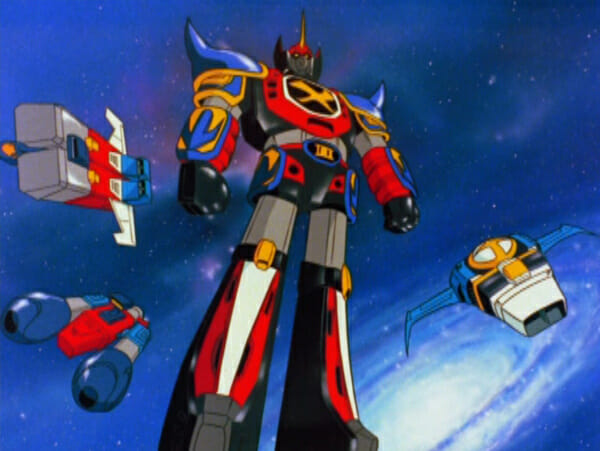 In the near future, a terrorist organization named Docooga has aspirations for world domination, not unlike Gatchaman‘s Galactor. It’s run by a shadowy figure named NeoNeros and his three generals: a dandy obsessed with beauty (Bundle), a pirate guy with a crow on his shoulder (Cuttnal), and a Frankenstein-looking fella (Kernagul). 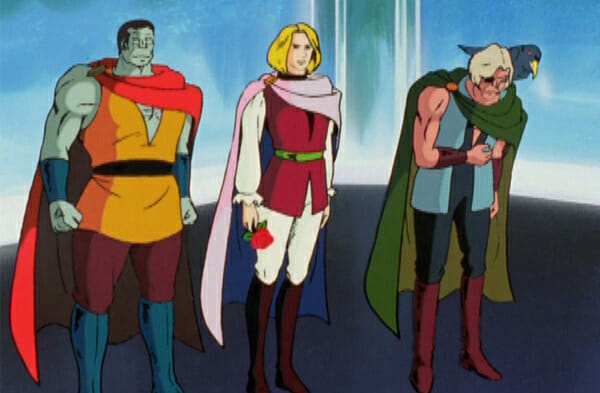 Docoogan agents kidnap a scientist named Sanada in an attempt to recruit him to their cause, but he’d rather die…and detonates a bomb, killing himself! 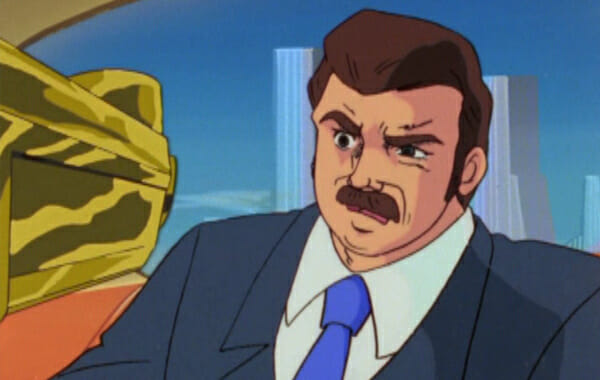 Professor Sanada is taken by Dacooga

Sanada’s former colleague Sabarath (nice name) takes in Sanada’s now orphaned son, Kenta, and introduces him to Shingo, Killy, and Remy. Together, these five are going to fight Docooga with all the resources at their disposal, including a teleporting airship called Good Thunder and GoShogun, a giant robot – all created by Sanada (naturally). 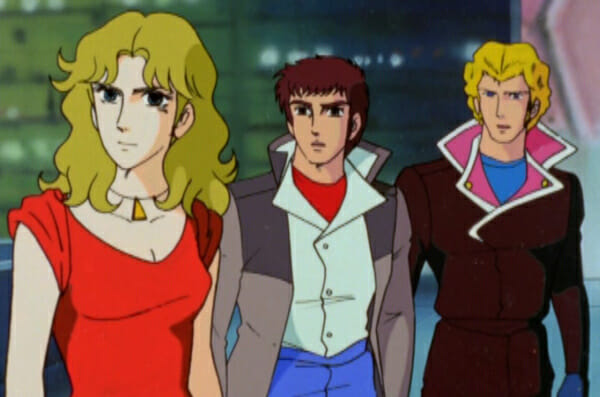 After watching GoShogun‘s post-series film Time Étranger a couple times and loving it, I figured I’d give its parent series a try. From what I’ve heard, it’s fairly lighthearted, rife with satire, and heavily parodies super robot genre conventions. But I didn’t really get any of those vibes from this first episode; it was, for the most part, played pretty straight. 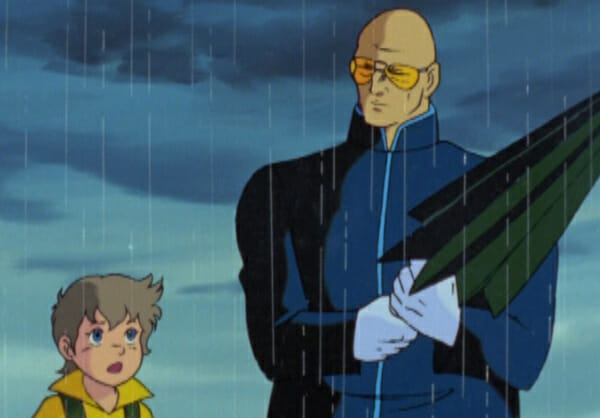 I was surprised that most of the episode was from Kenta’s point of view, considering he’s (so far) not one of GoShogun’s pilots. Shingo, Killy, and Remy just pop up in the second half of the episode almost like they’re an after thought. 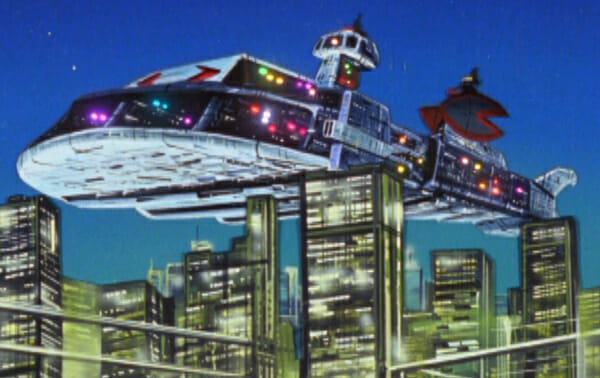 GoShogun’s debut fight was nothing to write home about, but it’s hard to make the action compelling when it’s so one-sided. A giant robot vs. a bunch of lame-o helicopters – gee, I wonder who will win.

Not bad but generic and forgettable so far.