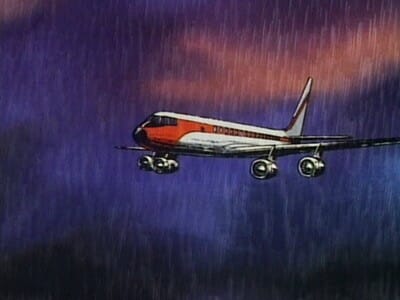 An ominous storm cloud envelops an airplane, causing it to plummet to the ground. A giant mummy rises in the storm, looking very pleased with its handiwork. 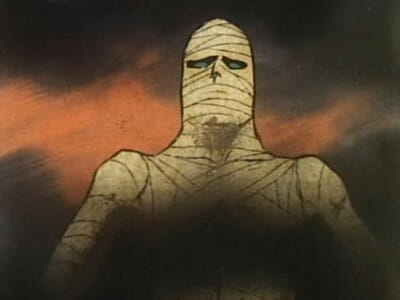 Elsewhere, Dr. Nambu and Ken look at a map. Apparently these mysterious airplane crashes have become frequent. To add to the mystery, no storms were ever forecast on the days of the crashes. Ken heads out, pumped and ready to get into investigation mode. “So, he’s just like his father…” says Nambu. 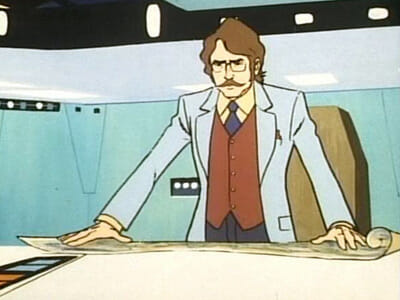 At an airport, Ken meets Makoto – his father was the captain of the airplane we saw in the first scene – and his dapper uncle, Dr. Takahara. Takahara tells Ken that Makoto misses his father so much that he goes to the airport every day to watch all the arriving planes, hoping he’ll be on one of them. 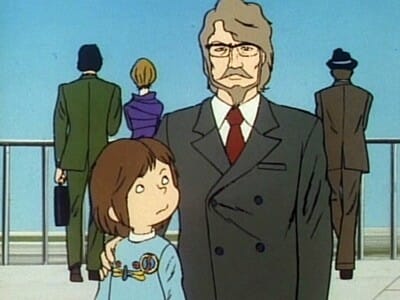 At a harbor cafe, Nambu tells Ken that the mummy is powered by Plutonium X, which can only be stopped by Uranirase, an element invented by Tetsuro Takahara – Makoto’s uncle! 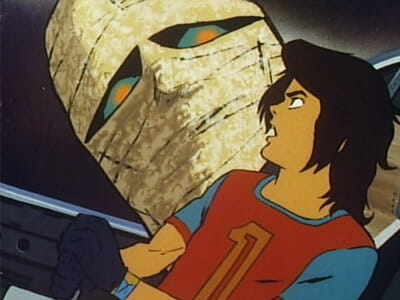 Ken goes back to the airport to watch Makoto fruitlessly wait for his father again, only this time, the fruit actually appears and his father steps off an airplane. Makoto is elated, but there’s something wrong…Takahara notices a ring on the captain’s finger.

That night, Takahara confronts his so-called brother: “My brother thought men who wore jewelery were dumb.” 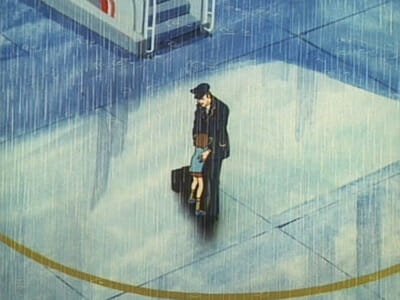 Makoto reunites with his father…or does he?

It turns out the captain is really Berg Katse in disguise, and he wants the Uranirase. Ken comes to the rescue and fights him off and Katse flees. Takahara gives Ken the Uranirase, which was hidden in Makoto’s pin, and Makoto gets angry at Ken for making his father run away.

Ken promises to bring his father back. 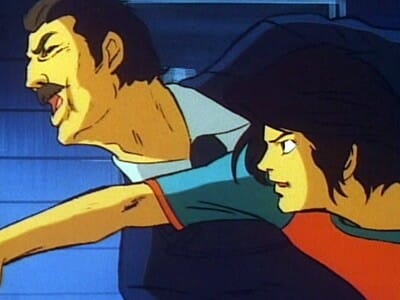 Attack of the Mummy

The giant mummy appears at the airport and starts wrecking stuff. A defense force tries to fight it off, but fails as usual. All they can do is destroy the mummy’s bandages, revealing its true form as a pointy-eared monster.

The God Phoenix arrives and Ken steps out to throw his Uranirase-laced boomerang at the giant non-mummy, which is quickly destroyed. Makoto searches for his father during the monster attack

Berg Katse, still in the guise of Makoto’s father, runs to the wreckage of the monster robot and flies away in an escape craft that was hidden inside. Makoto sees this and gets pissed that Ken broke his promise to bring back his father. Ken then reveals that he lost his father ten years ago and knows how Makoto feels. 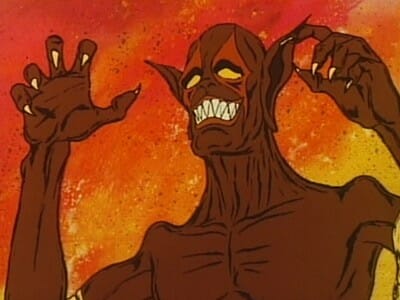 This episode was pretty good; we get some insight into Ken and learn about his missing father, which is a plot line that will come into play a lot sooner than you’d think. The best part about this episode was the unique solution to the monster, which wasn’t destroyed by the Firebird, a Bird Missile, or simple explosives. It was destroyed by actual science – albeit, hokey fictional science, but science nonetheless. 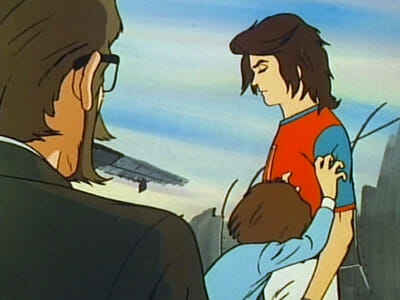 Makoto is angry that Ken didn’t save his father

Also, we neither see the bird costumes, nor the rest of the Science Ninja team until the end of the episode (around 18 minutes in!). If you want to introduce someone to Gatchaman who’s on the fence about the whole bird costume thing, you could try showing them this episode.