Galactor wants to study children’s brains, so they use giant robot beetles to kidnap Jinpei and a couple other kids. 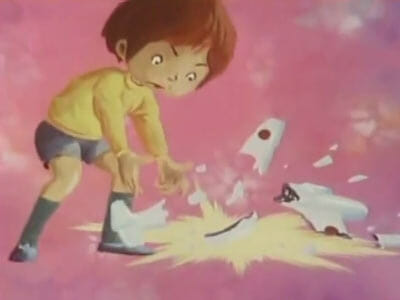 The episode begins with Leader X telling Berg Katse that children are horribly violent and need to be involved in their plans for world domination. This is only a small step up from their plan in episode 12 to steal the world’s supply of sugar. 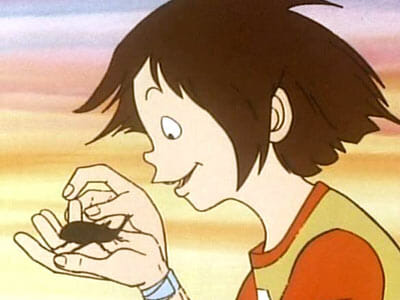 Elsewhere, a trio of hoodlum kids trash a police car then head to a construction site where they find three beetles – one for each of them. Jinpei wanders in later and finds an extra beetle for himself. 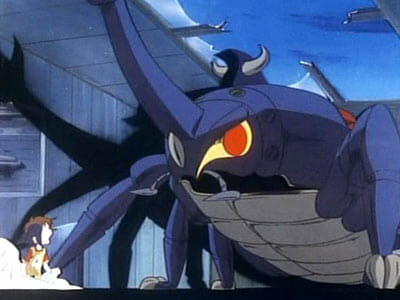 That night, each beetle grows into a giant beetle robot and kidnaps its respective child owner and flies off to cause destruction and mayhem in the city. 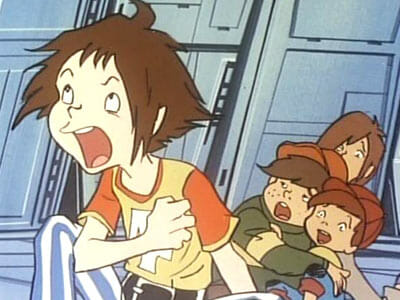 Jinpei and some kids are taken to a Galactor base

The beetles arrive at a Galactor base, dumping their cargo of children onto the hard floor. “Keep this up and I’ll sue you for child abuse!” yells Jinpei, who attempts to transform into his bird style but realizes he’s missing his transformation bracelet. 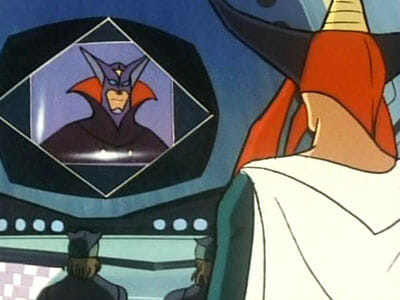 The base commander rings up Berg Katse and asks what he should do with the kids. “Just turn them into cyborgs and take their brains,” Katse says matter-of-factly. Gatchaman finds the base

The Science Ninja Team gathers in the God Phoenix and find the Galactor base: it’s an amphitheatre in the middle of nowhere. Ken and Jun break in, rescue the kids, then escape. 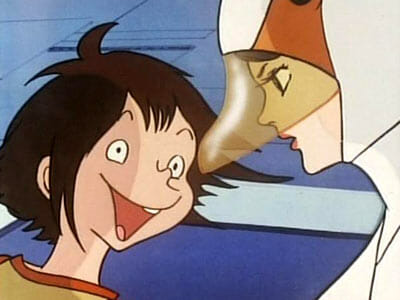 Jinpei and the other kids are rescued

Joe says “frak,” Red Impulse shows up to lend a hand, and the base is destroyed. 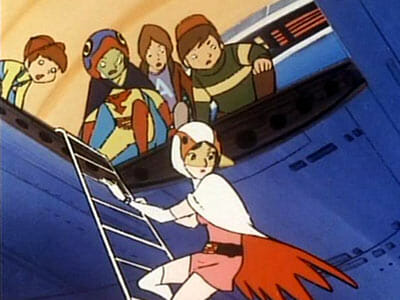 Everyone escapes just as the base is destroyed

Another run-of-the-mill episode involving a Galactor scheme and the Science Ninja Team destroying a Galactor base. However, the silliness of the scheme, coupled with a few funny moments in the dub, might make this one worth checking out.