In Neo Mexico, Domon searches for Chico Rodriguez, a Gundam Fighter who abandoned the tournament to take care of his sick sister. 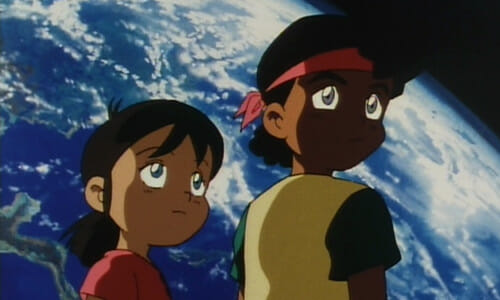 Gina and Chico listen to their grandfather

We start the episode with a flashback, which introduces us to this episode’s opponent, Chico Rodriguez, and his sister Gina, when they were children on the Neo Mexico space colony (which is shaped like…a sombrero). Their grandfather strums his guitar and tells them about Earth’s beauty as they gaze at it through the window. Chico makes a promise to Gina that he’s going to take her to see the ocean. 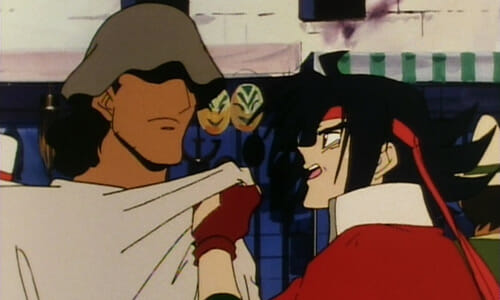 Back to the present, Domon wanders the streets of Neo Mexico showing his photo of Kyoji to random people, asking if they’ve seen him. A man in the distance stands up to reveal his height – it’s Chico Rodriguez, all grown up and now the Gundam Fighter representing Neo Mexico. He tails Domon and shoots him with a tranquilizer dart. Before Domon can act, he’s knocked out. 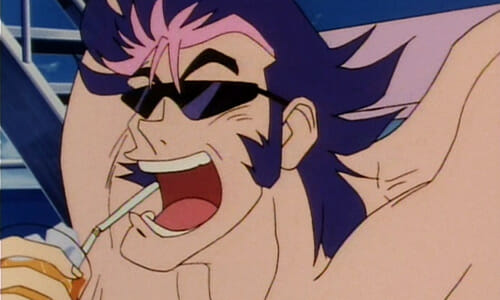 Elsewhere on a cruise ship, Chibodee meets with members of Neo Mexico’s government, who tell him that Chico has betrayed his nation by fleeing from his Gundam Fighter responsibilities to become a fugitive. 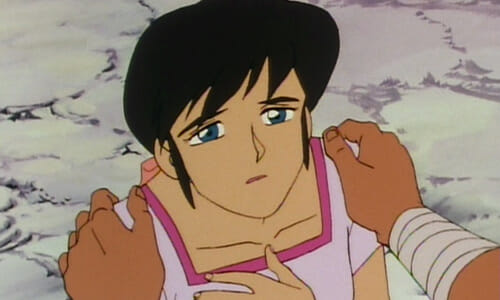 Chico prepares to dump Domon off a cliff, but Gina shows up and tells him to stop. She suddenly collapses; Chico and Domon get her in a car and take her to the city. A bearded old man we saw earlier in the episode shows up and offers sanctuary at his house. “It will be better for everyone involved if we remain strangers.” I always wondered what the old man’s story was – we never find out. 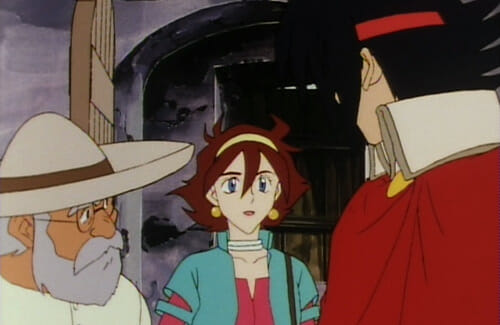 Rain shows up at the old man’s house offering her medical services (she’s a doctor), and we learn that Gina contracted a virus from the space colony. She has a year to live, at most. Chico knows this and explains that the reason he left the Gundam Fight was so he could spend time with her. “You’re just running away from life’s challenges!” says Domon. 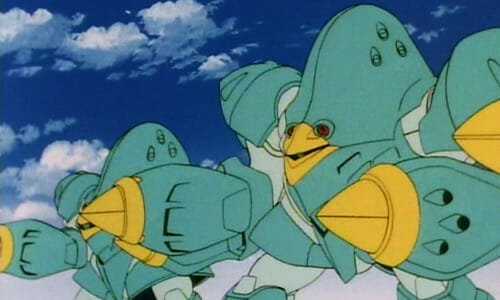 The Neo Mexican army appears and tries to arrest Chico for treason, but he jumps into the ocean and gets inside his Gundam, the Tequila Gundam. A couple of Neo Mexico’s aquatic mobile suits attack, but Chibodee’s Maxter Gundam destroys them. 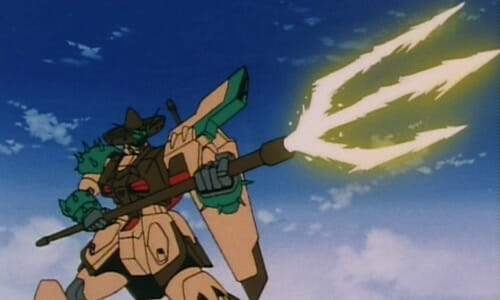 Domon gets in Shining Gundam and destroys Tequila Gundam in the quickest Gundam Fight ever. The government officials leave, believing Chico to be dead, but surprise! He’s still alive. 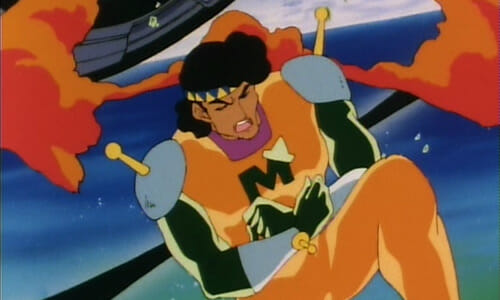 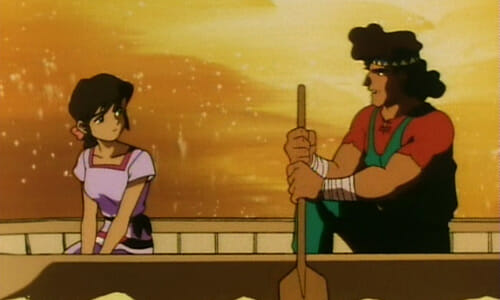 I liked this episode despite the fact that it’s a filler episode, with nothing to do with the Devil Gundam stoyline. Chico’s story is tragic and I appreciate that it ended on a bittersweet note. Most surprising is the episode’s lack of action. Sure, there’s a couple short fights with the aquatic suits, then Tequila vs. Shining Gundam (probably one of the shortest fights ever in Gundam), but that’s it. The bulk of this episode is focused on the characters and the decisions they make, and for that it really shines. 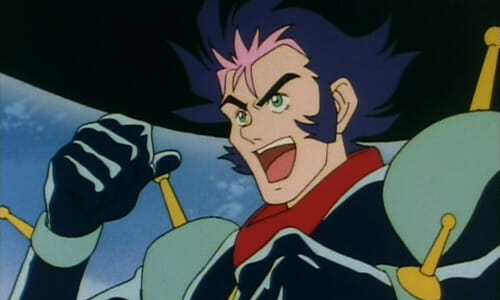 My only complaint is Chibodee’s appearance having little to do with the episode and serving as a distraction from the Chico story. He’s shoehorned in so he can get more screen time, but at least he’s slightly less annoying than in episode 2.