Domon returns to the Neo Japan space colony and we learn the identity of the man in his photo. 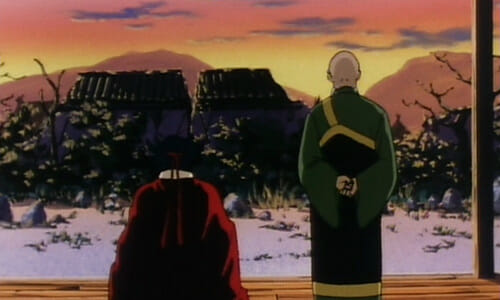 Domon and a monk in Neo Japan

In Neo Japan, an old monk gives Domon some tea that knocks him out. 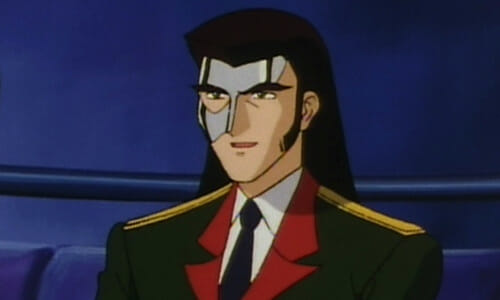 Later, in the Neo Japan space colony, we are formally introduced to Senator Karato and Major Ulube Ishikawa – two characters we briefly saw in episode 4. They review video footage from the previous year of a Fantome mobile armor, piloted by Ulube, and a squadron of Busshi mobile suits confronting the monster-like Devil Gundam (“Dark” Gundam in the English dub). 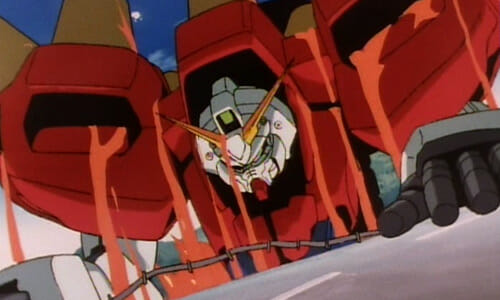 Rise of the Devil Gundam

The Devil Gundam wipes out all the mobile suits in an instant; the metal plate Ulube wears on his face covers the scars he received from that encounter. 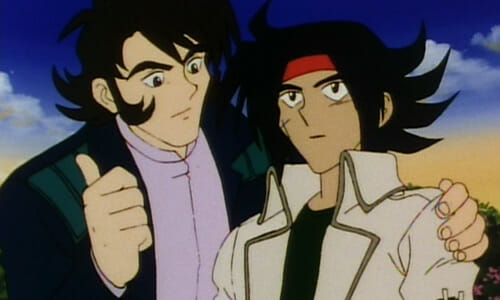 Karato and Ulube meet up with Rain’s father, Dr. Mikamura, at a house where they remotely observe a drugged Domon, who is experiencing vivid hallucinations of his past. 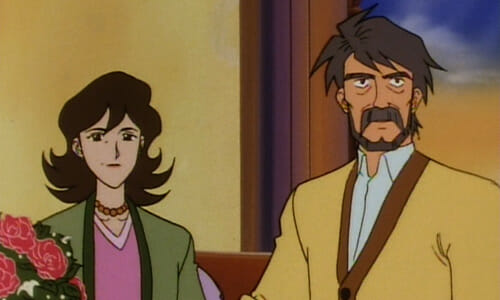 He imagines himself eating dinner with his parents and his brother Kyoji, whom we recognize as the man in the mysterious photo Domon has been showing everyone in the previous five episodes. Rain arrives, but she’s no hallucination, and reluctantly plays along in this charade. 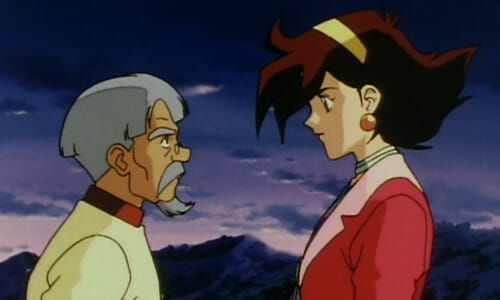 Rain and her father

In a hangar, Kyoji shows Domon the Gundam he and their father have been working on: the Devil Gundam. A bunch of Neo Japan police officers suddenly barge in to arrest everyone on charges of planning to use the Gundam to commit treason. 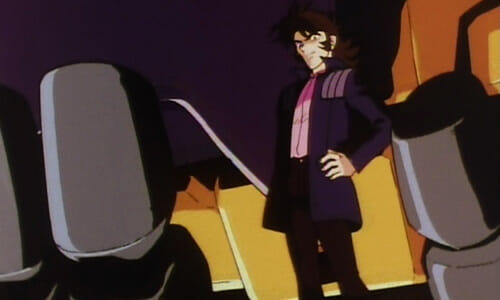 Mr. Kasshu is like “no way,” but Kyoji’s like, “yes way, actually.” He activates the Gundam and has it shoot at all the policemen as he leaves for Earth – Mrs. Kasshu gets caught in the crossfire and dies. As the scene ends, Ulube explains that Domon didn’t really witness all this and that the simulation was created based on records of the incident. In reality, Domon arrived several days afterwards. 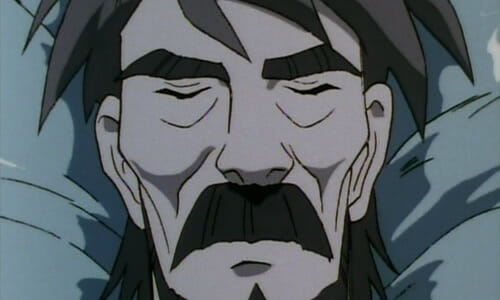 After Domon’s father is sentenced to 50 years in cryogenic stasis, Ulube recruits Domon to represent Neo Japan in the Gundam Fight. As a fighter, Domon can freely travel the Earth and search for the Devil Gundam unhindered. 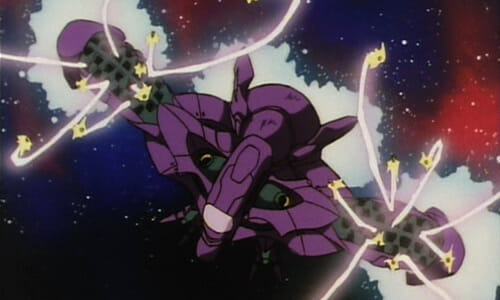 An impatient Karato terminates the simulation and offers his own test: Domon, in his Shining Gundam, is to fight a Fantome disguised as the Devil Gundam in space. If Domon wins, he will be able to resume his status as a Gundam Fighter; if not, he will be replaced. 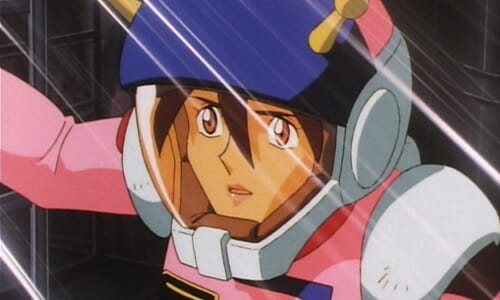 Rain to the rescue!

The fight starts and Domon doesn’t do too well until Rain shows up and intervenes, using a Gundam carrier capsule to intercept one of the Fantome’s punches. Rain’s distress enrages Domon. His mobile trace suit turns red, and parts of Shining Gundam open up and turn gold: this is Shining Gundam’s Super Mode. 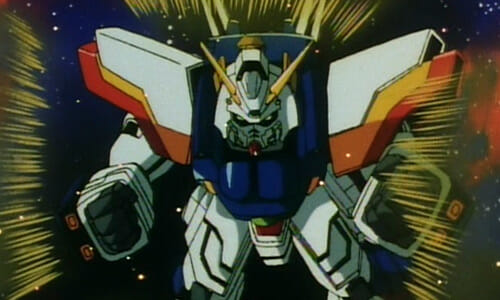 Domon pulls out Shining Gundam’s beam sabre (which has the G Gundam logo on it for some reason) and destroys the Fantome with the Shining Finger Sword. Then he and Rain head back to Earth, with Ulube remarking that they “must take on the path of the lonely hunter and move on, no matter how difficult it may be.” 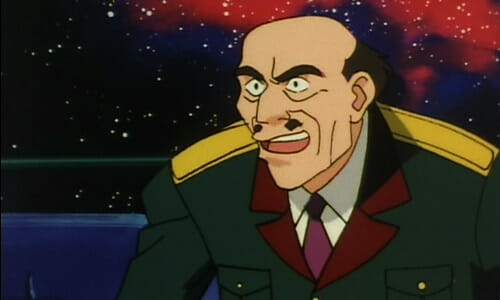 After five episodes, we finally know what’s really going on and the story has officially started. This was a novel way of showing exposition and showing a flashback without having a flashback, similar to what Stargate Universe did in an episode. But as unique as it was, though, this storytelling mechanism was a bit convoluted. I’m sure there was a better way to get this backstory across. And why did Rain have to be with him to play along, anyway? Couldn’t Domon have just imagined her like he did his family? 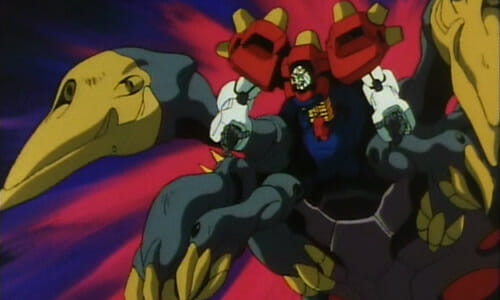 But despite all this, the episode was good overall. It gave us the answers we needed. We know the identity of the man in Domon’s photo (his brother), we now we have a villain (his brother), and we know who Domon is fighting for (his father).

Domon is immortalized in an Internet meme

We also see Shining Gundam’s Super Mode for the first time and Domon’s infamous, “Take this! My love! My anger! And all of my sorrow!” recitation when he uses the Shining Finger Sword. You know that Internet meme with Fry from Futurama saying “Shut up and take my money”? Someone made a G Gundam version and I love it to death.