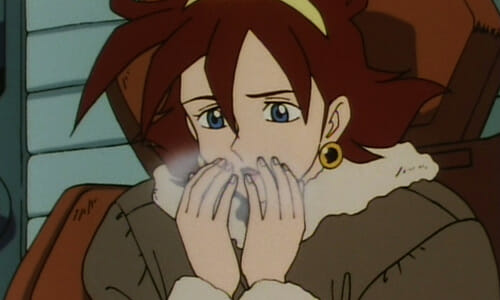 It’s cold in Neo Russia. Snowing. Rain goes to a cottage looking for Domon, but finds an old woman knitting. She tells Rain about the Gundam Graveyard, a nearby Alcatraz-like island: “They say Gundams that foolishly enter this city are doomed to disappear without a trace.” 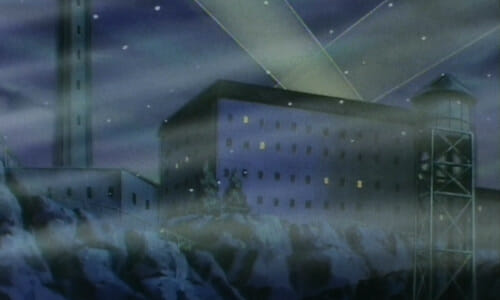 Welcome to the Gundam Graveyard

Domon is on this island in a Neo Russia prison. He’s interrogated by a woman in glasses named Nastasha, but instead of getting a face full of pizza (as in episode 1), Domon gets a face full of nightstick. 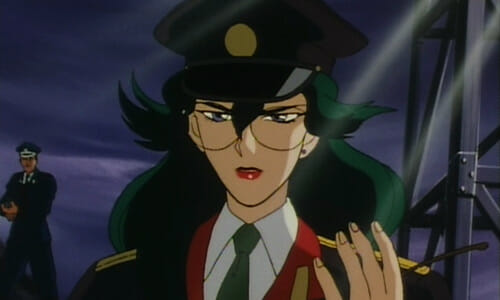 After having a dream about his father, Domon awakens in a cell and meets his new roommate, the Birdman. He tells Domon that life sucks in prison and that he should give up any hope of escaping. 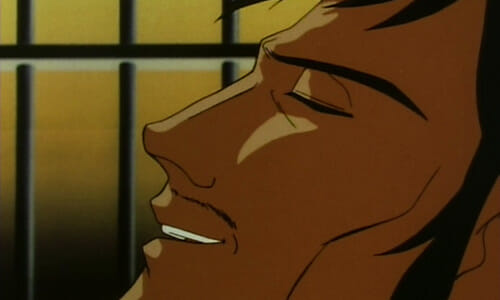 It seems Neo Russia’s strategy for winning Gundam Fights is to lure unsuspecting fighters to their country, kidnap them and force them to work hard labor. These fighters are declared missing and are thus disqualified. Neo Russia is able to win by default without a single fight. 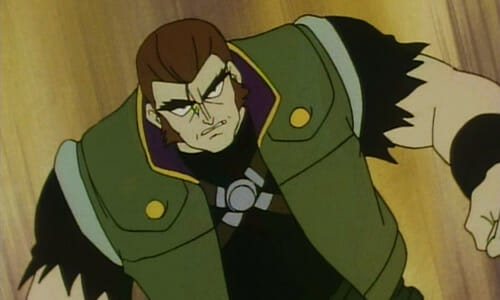 In the cafeteria, another prisoner named Argo Gulskii gives Domon a secret message: “Tomorrow at the end of our workshift, meet up with me. We’re escapin’.” 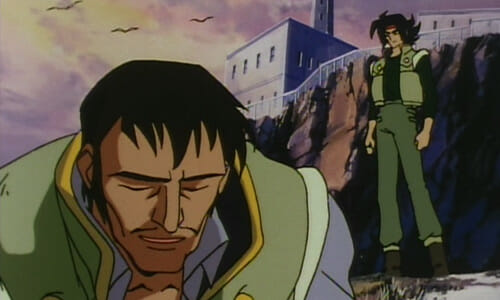 Birdman says goodbye to his birds

Domon and Birdman meet up with Argo the next day as planned. Argo punches the wall and rips out a fuel line, causing several explosions which act as a diversion for their grand escape. The three of them get in a truck and drive away; because of the subzero temperatures from the previous night, the lake surrounding the island has frozen solid and they’re able to drive on it. 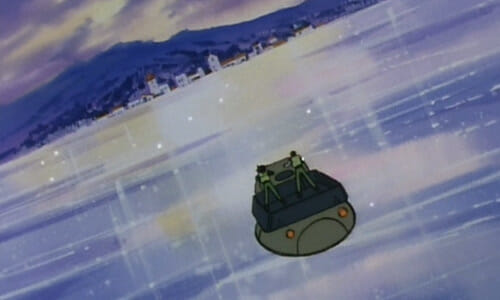 Nastasha summons Bolt Gundam to chase after the escapees. Argo is, in actuality, Neo Russia’s Gundam Fighter, and he leaves the truck to go to his Gundam. But Rain arrives just in time to pass off the Core Lander to Domon and he gets in the Shining Gundam. 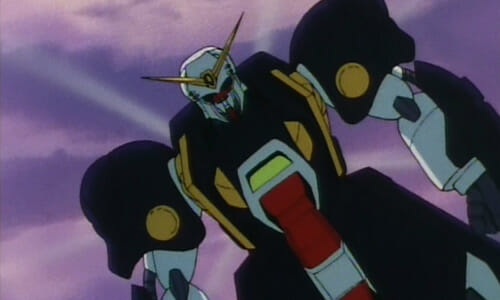 Bolt Gundam wields a graviton hammer, a large ball attached to a beam chain. Domon maneuvers away from it and dishes out a knockout punch to Bolt’s head…but it doesn’t work. Argo counters by ripping off Shining Gundam’s arm, but that doesn’t stop Domon from using the Shining Finger with his remaining hand. He grabs Bolt Gundam’s head, but doesn’t have enough energy to finish the attack and the fight ends in a draw. 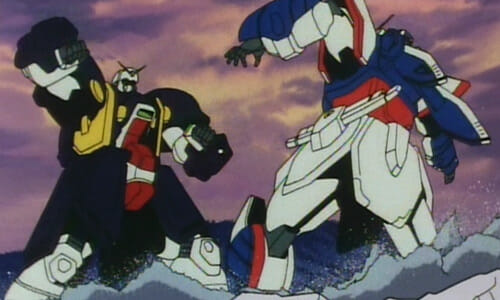 Nastasha and Argo return to the island. Birdman tells Domon and Rain that Argo was a space pirate who became a Gundam Fighter in exchange for the safety of his crew. And what are Birdman’s plans now that he’s out of prison? “I’ve decided I’m going to run, and run, and keep running until I once again find freedom.” 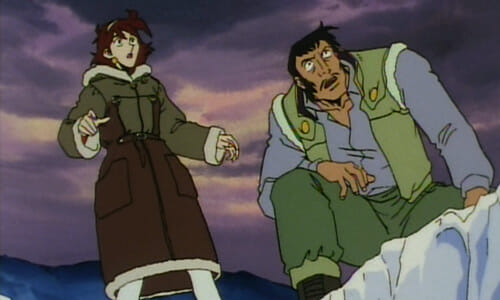 Rain and Birdman watch the fight

Neo Russia’s Gundam Fight strategy and prison environment gave us a unique premise, with Domon’s most dire situation yet. Like episode 3 there was a quasi-mystery on who the real fighter was, as Birdman was also set up as a possibility. But the fact that we saw Argo with Bolt Gundam in the episode introduction (not to mention the opening credits) spoils the revelation. 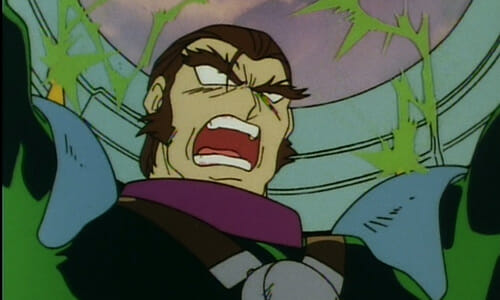 We knew Argo was the fighter the entire time!

Argo, the gentle giant – he fared the best in his first episode out of all the show’s main characters. He wasn’t annoying and he has a sympathetic reason to fight; his relationship with his government is also the most different out of all the fighters we’ve seen, as it’s more restrictive and he has to follow their orders or the disc-shaped bomb he wears on his chest will detonate. 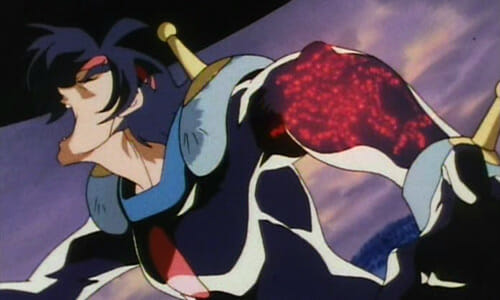 Domon feels pain when Shining Finger’s arm is ripped off

Without a doubt, this is the best episode of the first five. Domon’s dream about his father teases the next episode, where we finally get some answers. Don’t miss it!