Domon conspires with a princess to fake her kidnapping so he can fight Neo France’s George de Sand. 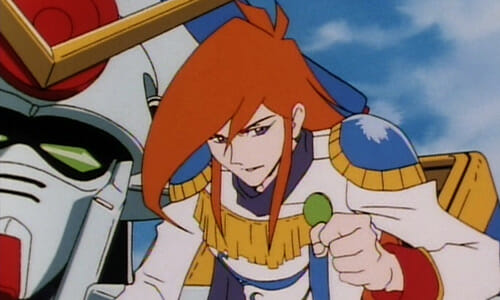 George de Sand of Neo France stands in his Rose Gundam, preparing to fight his opponent, Frank Gastro of Neo Cuba. Just as they’re about to begin, Domon’s Shining Gundam comes out of nowhere and destroys the head of Gastro’s Gundam with a Shining Finger. 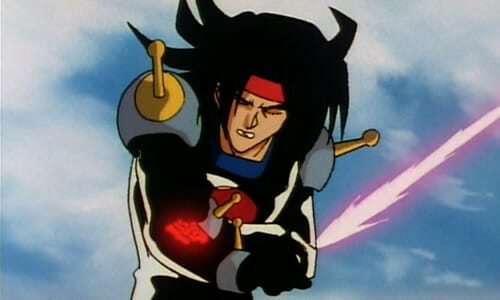 Domon sustains an injury in his first fight with George

Domon demands a fight with Rose Gundam next, but George is offended by Domon’s barbarism and damages Shining’s arm with a drone weapon – a rose bit. Rose Gundam then flies off, past an airship containing George’s #1 fan, Princess Maria Louise. She swoons. 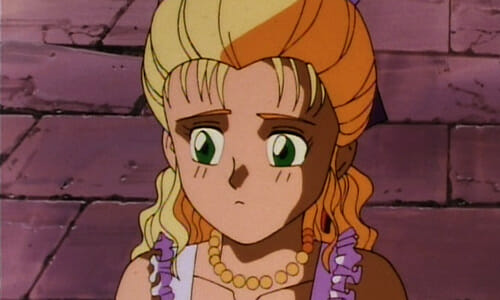 Maria Louise is ignored by the one she loves

At a fancy dress party, Maria Louise tries to hang out with George on a balcony, but he’s way more interested in gushing about the beauty and elegance of his Rose Gundam. She decides the only way to get his attention is by faking her own kidnapping and framing Domon (she writes “Japan” on her mirror in lipstick). 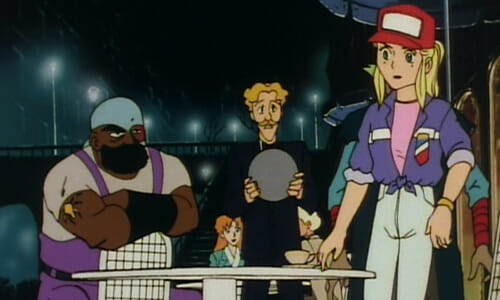 Maria goes outside and encounters a bitter Frank Gastro, but Domon comes to her rescue and beats him up. She tells Domon about her fake kidnapping plan, and he’s all for it – anything to get George to fight him. 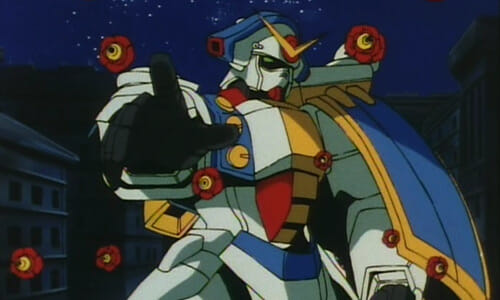 George finally shows up and the fight between the Shining and Rose Gundams begins. Rose makes the first move by unleashing a torrent of rose bits that trap Shining Gundam in an energy net, but it’s no match for the Shining Finger. The subsequent explosion topples the nearby Eiffel Tower. 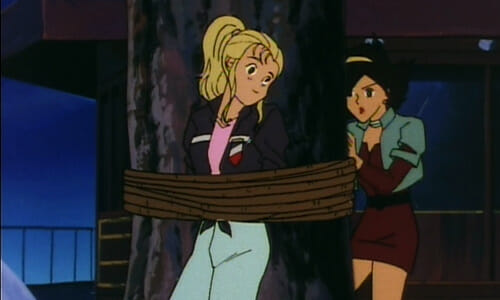 George catches the tower before it lands on Maria and Rain, but Rose Gundam is left vulnerable. But Domon spares it because he’s such a nice guy, and the fight ends in a draw. 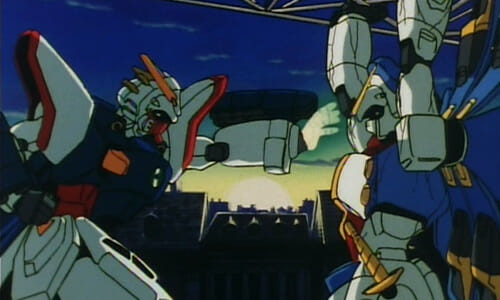 This one was a lot better than the last couple episodes. There are hints of a larger story, with brief appearances by Chairman Karato and Major Ulube Ishikawa (Domon’s Neo Japan sponsors), showing that Domon isn’t completely independent and has to report to his government. There’s also a mention of Domon’s father being in trouble; we’ll learn more about this soon enough. 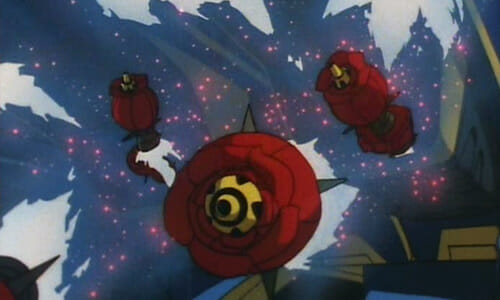 Close up of the rose bits

George is one of my favorite characters, but he’s a bit one-dimensional and pompous in this episode. And Maria Louise was more than a bit annoying; I think her English dub voice makes her worse. Rain remains the most likeable and level-headed character on the show, and her larger role in this episode makes her absence in the last one all the more noticeable. 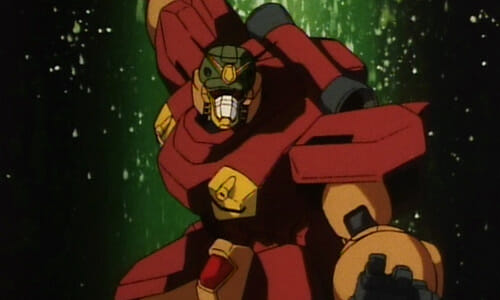 It was nice to see finally see another Gundam lose its head (Neo Cuba’s Arachno Gundam), which we haven’t seen since Neros Gundam in the first episode. I feel sorry for all these national landmarks that get damaged and destroyed during these Gundam fights. First the Statue of Liberty in episode 2, now the Eiffel Tower!