Domon tussles with a gang as he searches for the pilot of the Dragon Gundam at the behest of two Shaolin monks. 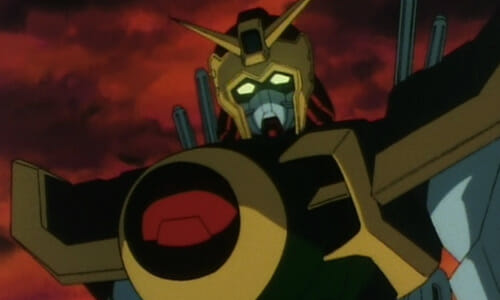 According to the episode title, Domon has to beat this 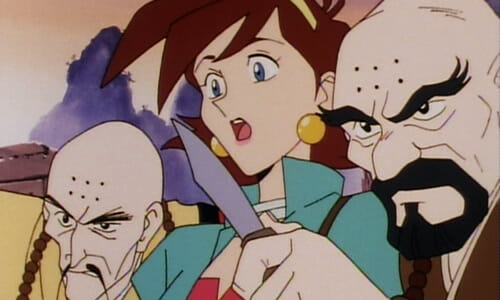 The monks force Domon to do their bidding

So they ask Domon to kill Sai Saici. Domon isn’t 100% sold on the idea, but after the monks pull a knife on Rain, he finds he has no choice but to do as they say. 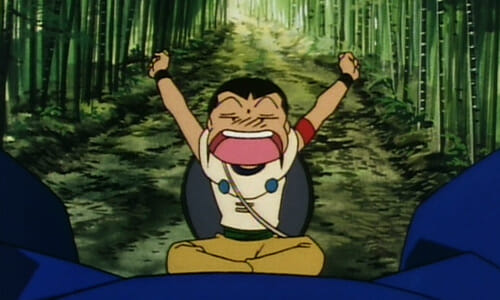 Domon picks up a hitchhiker

On the way to the gang’s mountain hideout, Domon bumps into an annoying boy and gives him a lift. When they reach the hideout, the boy betrays Domon’s location to the guards stationed by the entrance. 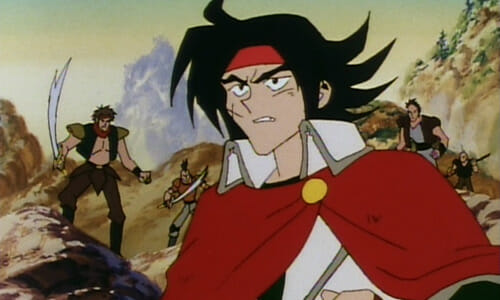 Domon is tied up and suspended from the ceiling, and gang members ask him questions in the form of stomach punches before putting him in a cell. Meanwhile, the boy cozies up with the gang and becomes their cook. 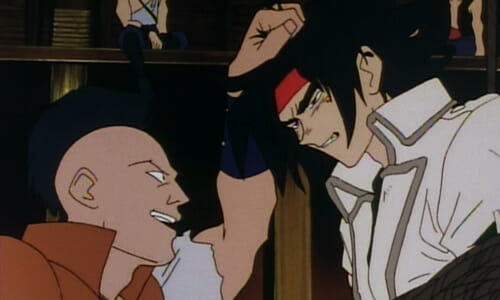 Domon is interrogated by the gang

The boy drops by Domon’s cell to deliver his meal and purposefully leaves the door open. But as soon as Domon escapes, the boy alerts the rest of the gang and Domon must fight his way out. During the chaos, the gang leader heads to the Dragon Gundam, but the boy shows up and knocks him out. 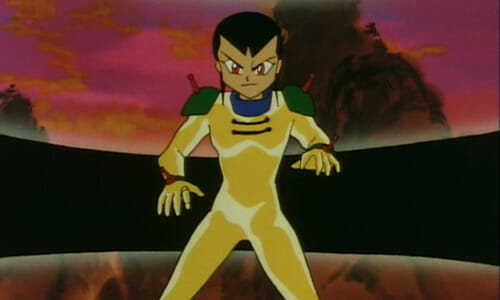 The boy is the real Sai Saici

We learn that the annoying boy is in fact the real Sai Saici, and the leader of the Black Dragon Ring stole his Gundam shortly after it landed on Earth. Sai Saici simply used Domon as a means to get close to the gang so he could get the Dragon Gundam back. 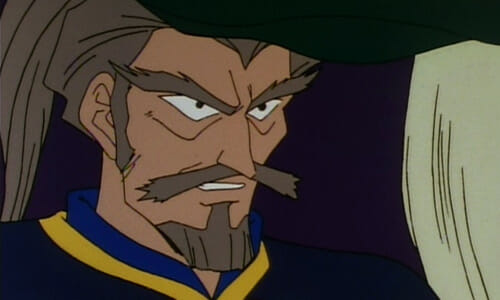 The leader of the Black Dragon Ring (not Sai Saici)

Domon’s cool with it all and summons his Shining Gundam – the fight between both Gundams begins. Sai Saici moves so fast that he creates illusions of his Gundam, momentarily catching Domon off guard until he sees the real Dragon Gundam diving at him from above. 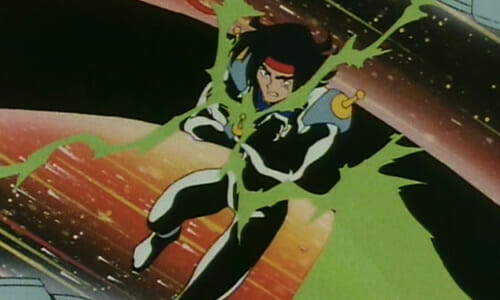 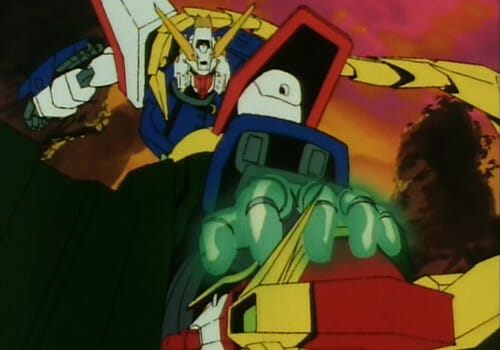 The fight ends in a draw

One of G Gundam‘s weakest entries and definitely the worst of the first five episodes. Much of the blame rests on Sai Saici, who, like Chibodee, is at his most obnoxious in his debut. Between making cutesy faces all the time and being a backstabbing trickster, it’s hard to like him. And while Chibodee improves later on, Sai Saici only gets marginally better. Zuisen and Keiun are great, though. 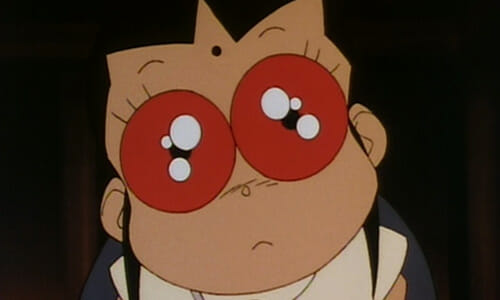 The dragon gang wasn’t a very formidable adversary, neither was its leader. I felt it was too soon having another villainous gang after the one we saw in episode 1. 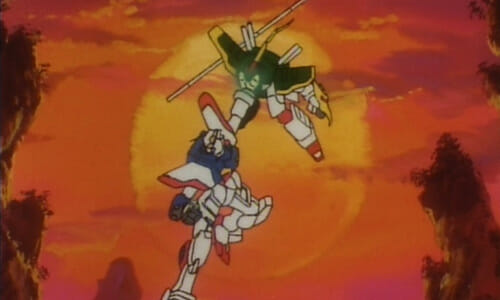 At least the Gundam fight in this episode was better than the last two, both in choreography and setting. I love the moment where the two Gundams are frozen in midair and a bird flies at the “camera,” acting as a transition to the next shot.