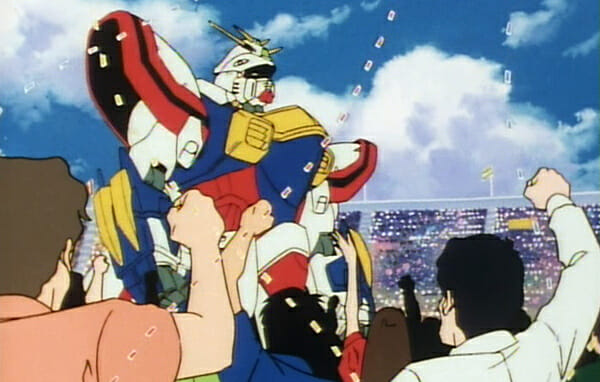 Everyone cheers for God Gundam

All the Gundams that have survived the Gundam Fight until now have gathered in Hong Kong for the finals, and we see clips from past episodes showing off their special abilities. We meet Neo Hong Kong’s prime minister, the shifty Wong Yunfat, and learn that he’s bffs with Master Asia, who survived the last episode and is still in the tournament. 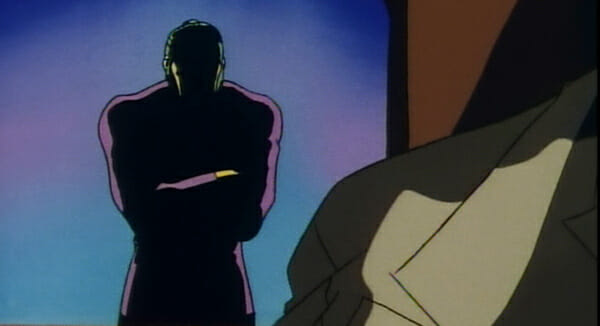 Then, so is Neo England’s Gentle Chapman (who seemingly died in episode 9) and Neo Italy’s Michelo Chariot (who was defeated and subsequently arrested at the end of episode 1). What’s going on here? 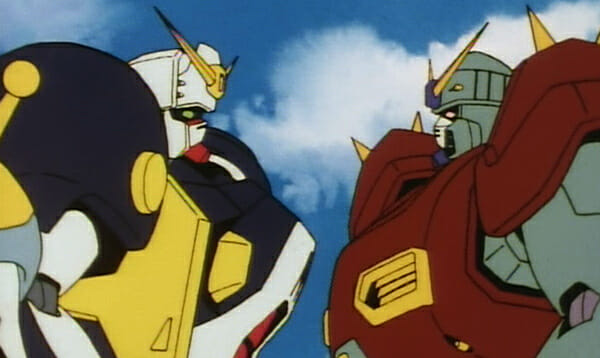 Andrew Graham is also in Neo Hong Kong, and still wants to settle the score with Argo

The finals begin and Domon vows he’s going to win each and every one of his matches. 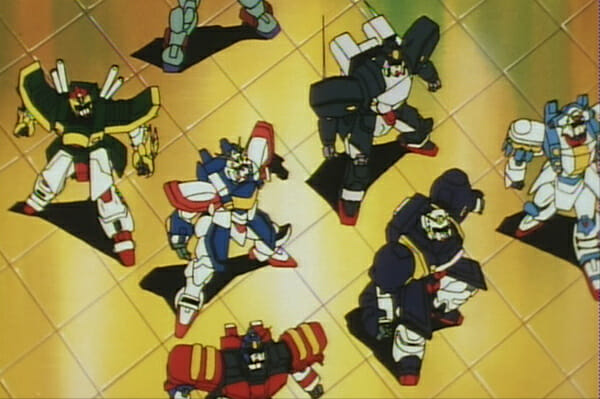 A gaggle of Gundams

We’ve now shifted gears to the second half of the show, which almost completely takes place in Neo Hong Kong, in stark contrast to the first half’s (largely) globetrotting adventures. Clip shows are generally not my favorite thing in the world, but at this point in the series, it’s fine. 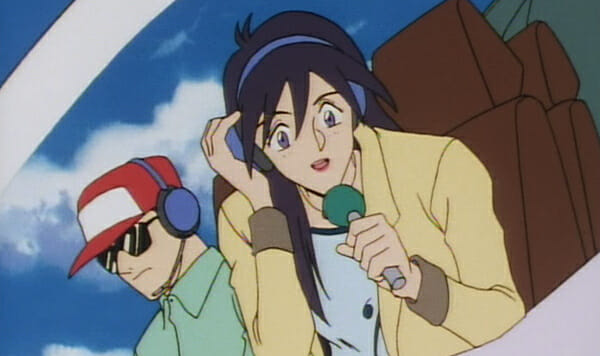 A slower pace is welcome after all the action from the last handful of episodes (though, I do think it’s pretty pointless showing clips from just one episode before). Even with the clips, it wouldn’t hurt to watch this one – just fast forward through the old footage and you can get through the whole thing in like 5 minutes.