Domon gets the God Gundam, finishes off Master Asia, then heads over to Neo Hong Kong. 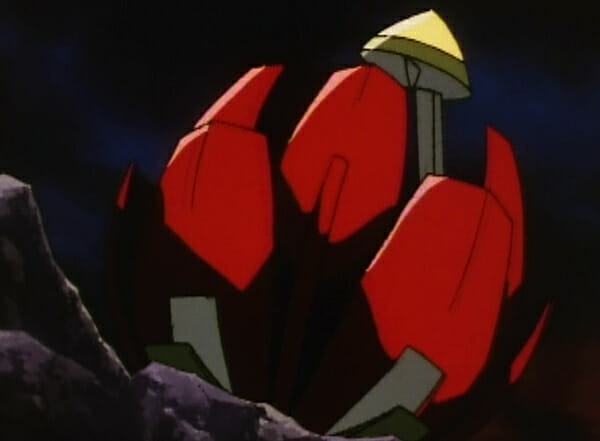 As we saw in the last episode, Domon finally destroyed the Devil Gundam and Kyoji. Does that mean the series is over? NO! Domon still has to make it to Neo Hong Kong for the Gundam Fight tournament finals before the deadline, and Master Asia’s Master Gundam is the only thing standing in his way. 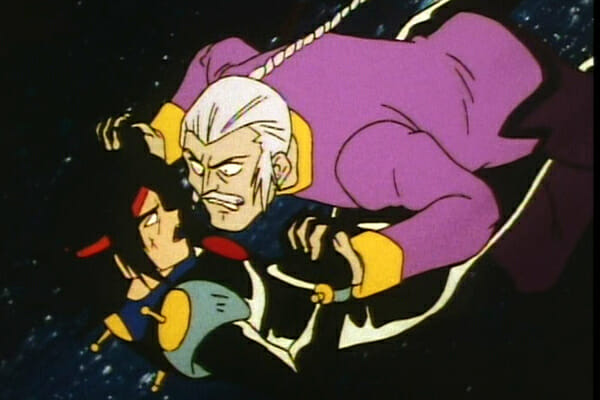 Master’s hair is white from stress, like Michelo’s in episode 1

However, the space capsule (containing the God Gundam) launched by Neo Japan has reached the Guiana Highlands! Domon abandons Shining Gundam and upgrades to God, but finds the Gundam won’t move; the computer is totally empty and needs Shining Gundam’s battle data. 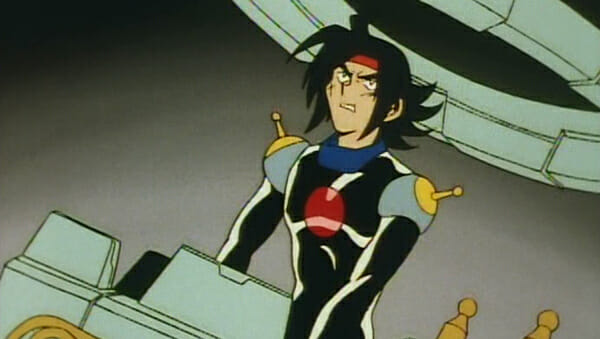 Meanwhile, all the Shuffle Alliance members – including Rain, her dad, and others from Neo Japan – have reached Neo Hong Kong. Dr. Mikamura gives Rain a goofy headset to wear that allows her to possess Shining Gundam. Rain controls the Shining Gundam with the headset

As Shining Gundam, Rain goes over to God Gundam and transfers Shining’s battle data over to it before losing her connection. Shining Gundam is now dead, and God Gundam flies away, melting Master Asia’s Gundam into nothingness with its exhaust. 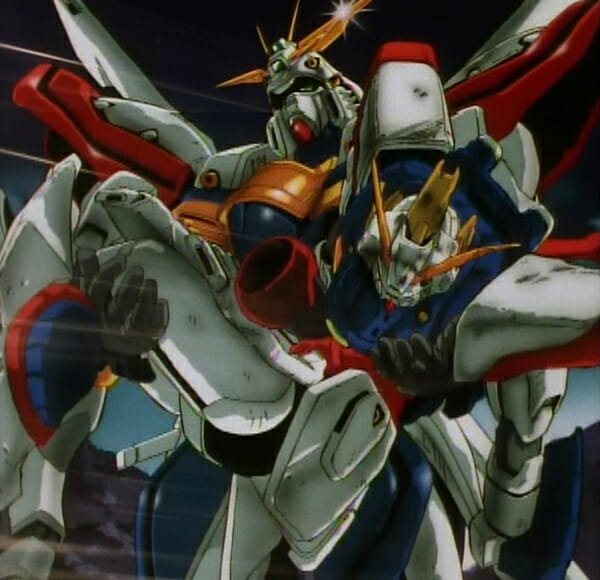 Domon has minutes to spare! Will he make it to Neo Hong Kong before the deadline? Yep.

On the way to Neo Hong Kong, four mysterious mobile suits try to slow Domon down

This one isn’t quite as action-packed as the last one, but it’s still good. Domon and Rain’s relationship is back in the forefront, as she taps into Domon’s memories while wearing the goofy headset and sees that she means a lot to him. Unfortunately this development doesn’t really get explored in the immediate future, but hey, at least it’s out there. My absolute favorite part of this episode is towards the end, where the slow pace from Shining Gundam’s death and God Gundam’s birth shifts into the quick pace of Domon trying to get to Neo Hong Kong in time. The music, the continuous cuts to the worried looks of Domon’s friends, the literal ticking clock…everything about this is tense. And I don’t have to tell you how many times that sequence has run in my mind when I, myself, have been in similar situations, running against the clock. Highly relatable.