Domon and Schwarz confront Master Asia and the Devil Gundam. 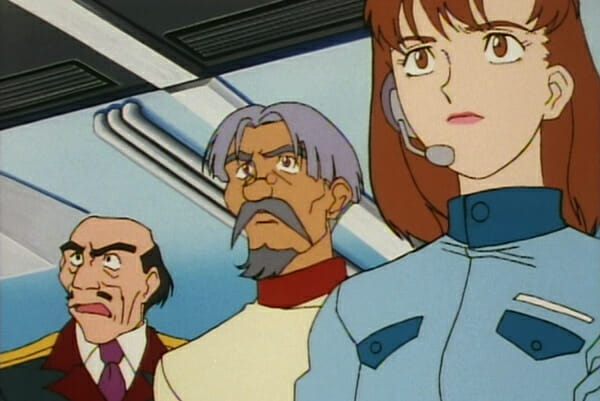 Chairman Karato and Dr. Mikamura on the Neo Japan ship

In Earth orbit, a Neo Japan spaceship (with Chairman Karato, Dr. Mikamura, and Major Ulube) monitors Domon’s situation with the Devil Gundam in the Guiana Highlands. They launch a brand new Gundam – the God Gundam – in a space capsule, but will it reach Domon in time? 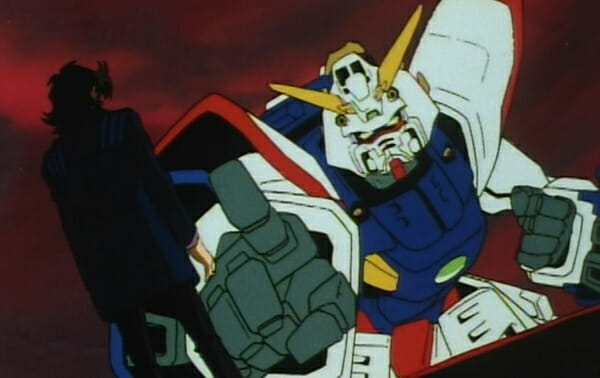 Domon yells at an unresponsive Kyoji 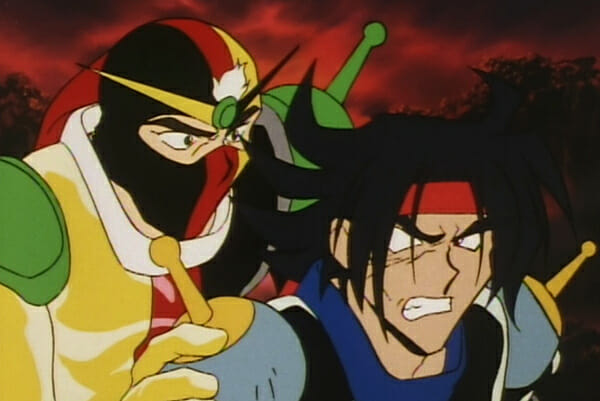 Domon’s rage takes over, but all he ends up doing is wasting energy and the Master Gundam beats the crap out of Shining Gundam. 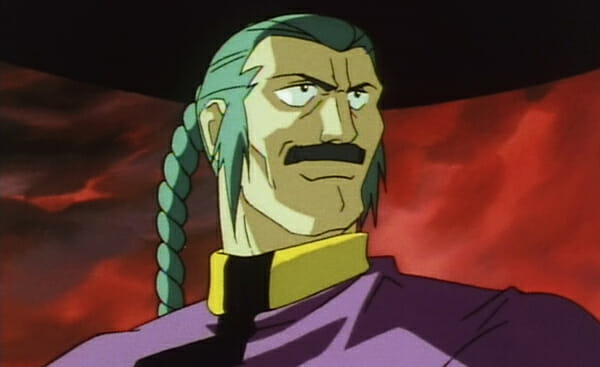 Master Asia, smug as ever

Schwarz intercepts one of Master’s blows and gets injured; he reminds Domon of their training in the cave, and that he needs to reach a serene state of mind to unlock the true Super Mode. 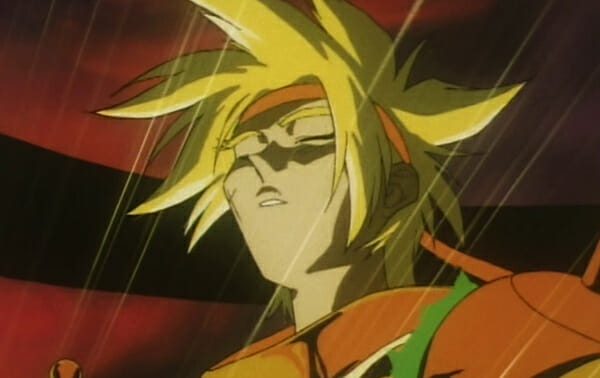 A serene state of mind 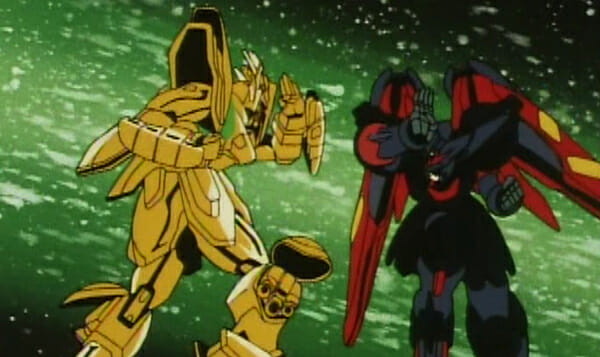 This episode’s a bit simpler and straightforward than the last two, but makes up for it with a much more memorable fight scene, filled with nothing but Domon screams and trash talk from Master…and I like it. It’s good stuff. 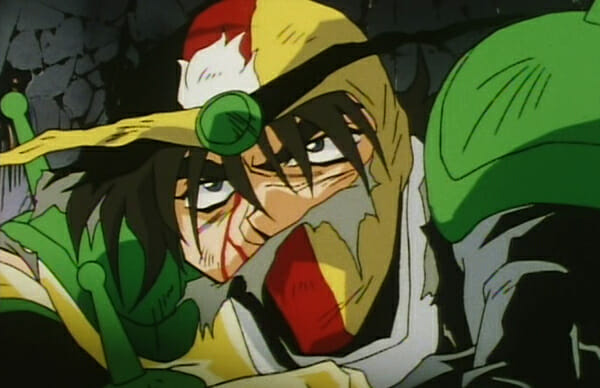 A glimpse under the mask

We get a nice glimpse of Schwarz underneath the mask, and Master Asia seems to recognize him. If you know your “masked characters in anime” trope, or simply know basic German, it’s pretty obvious who he really is. But it will be awhile before we get a proper explanation (and it’s a doozy). 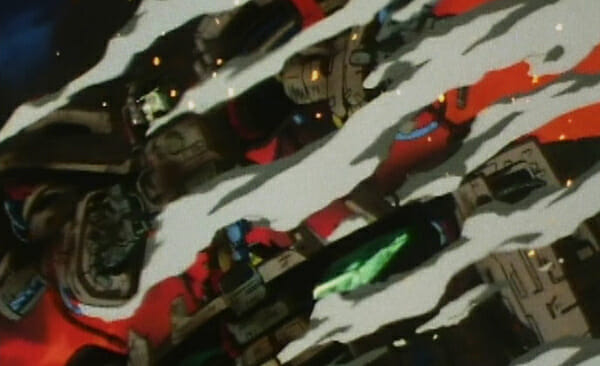 One question remains: Is the Devil Gundam really gone for good? Considering it has regenerative abilities, and we’re only at the halfway point for the show, it’s safe to say this isn’t the last we’ve seen of it.