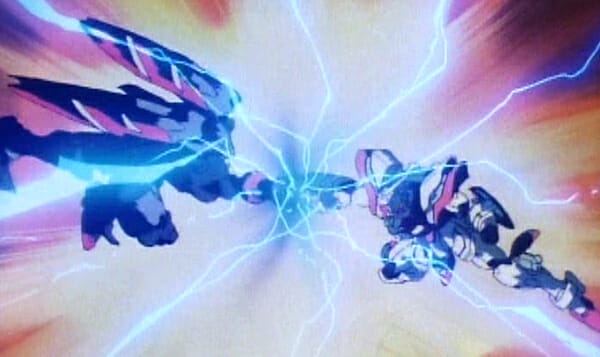 Picking up where we left off last episode, the Shuffle Alliance is surrounded by Death Army mobile suits, and Domon and Master Asia attack each other with their respective “Finger” attacks. But then Schwarz appears out of nowhere, like the ninja that he is, and makes a glowball to blind the enemy mobile suits, allowing Domon and the others to escape. 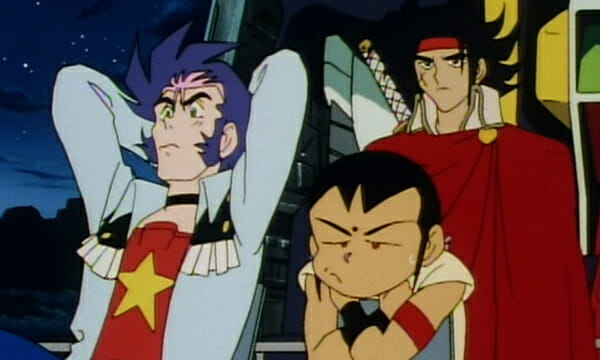 Later, on Nastasha’s Neo Russian airplane, our heroes concoct a plan of attack; at the same time, Rain overexerts herself while repairing Shining Gundam and faints. 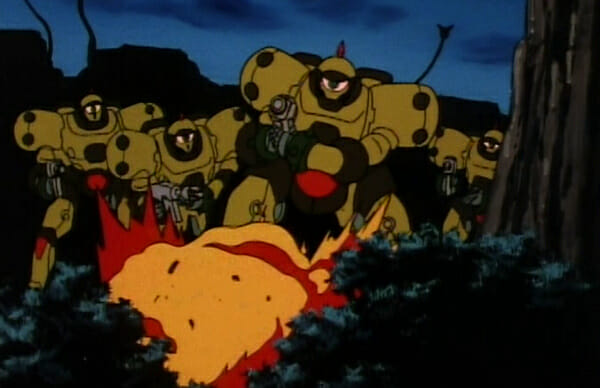 Death Army suits on the move

Back to the Battle

The Death Army suits continue their approach, but Schwarz destroys a waterfall and washes them all away. The Gundams (and Neo Russian airplane with Rain in tow) are finally able to escape the Highlands, bound for Neo Hong Kong. 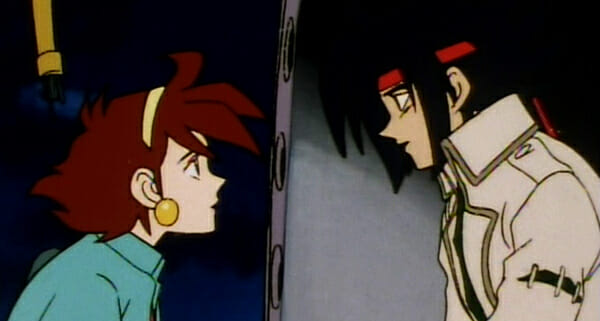 Domon stays behind to fight Master Asia, who summons the biggest bad of all – Devil Gundam. 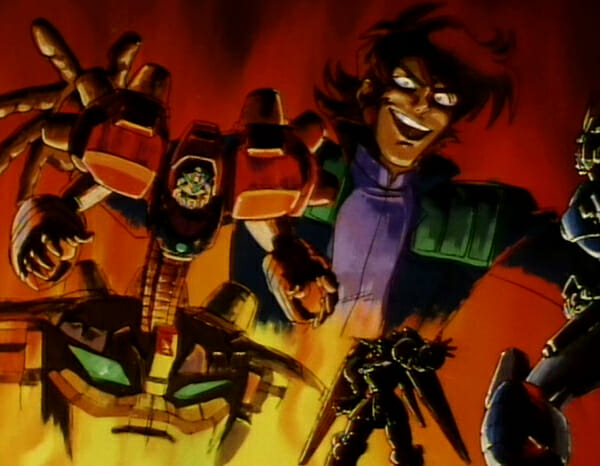 The Devil has been summoned

More of the same from last episode. It’s good overall, and shows how well our heroes work together, but the action still seems a bit weak compared to past efforts (like, say, the Shinjuku Arc). It does feel a lot like a typical Gundam series episode, though, with the mission briefing scene and actual strategy being used in the fight, instead of the usual “beat them until they go down, then finish them off with a special attack” method.