Domon finally completes his training in the Guiana Highlands as Master Asia and the Death Army mount an attack. 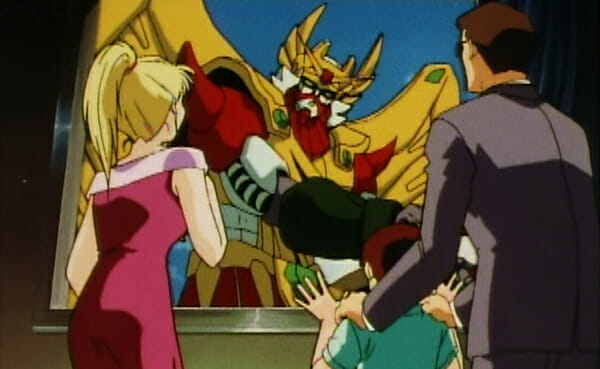 Gundams from all over the world start heading to Neo Hong Kong, the site of the Gundam Fight’s final championship battles. 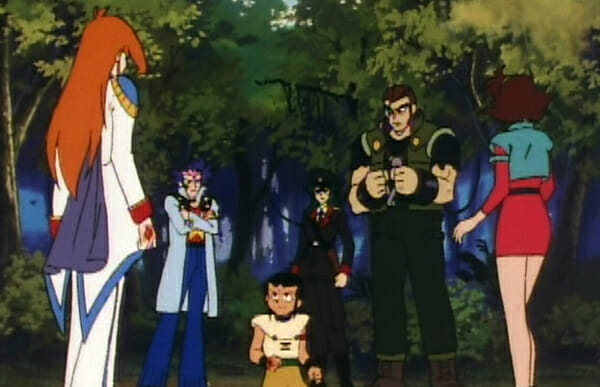 The Shuffle Alliance members hang around

Chibodee, and the rest of the Shuffle Alliance members are still in the Guiana Highlands as Domon finishes his training – he’d better hurry and finish because they all have three days to get to Neo Hong Kong! 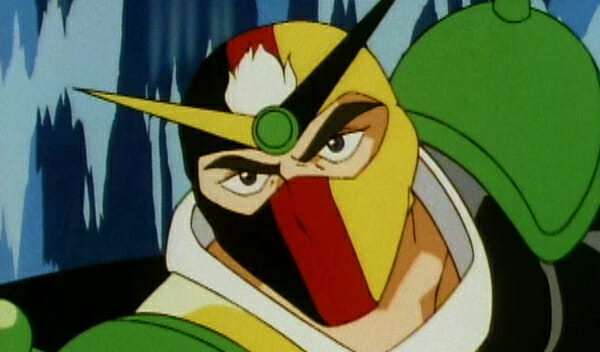 Schwarz Bruder, Teacher of the Year

In a cave, Schwarz reminds Domon that when it comes to the Shining Gundam Super Mode, fighting with a serene state of mind is far more effective than blinding rage. They have a quick fight and Domon is finally successful in unleashing the Super Mode at will AND cutting stuff with the rusty sword Schwarz gave him. 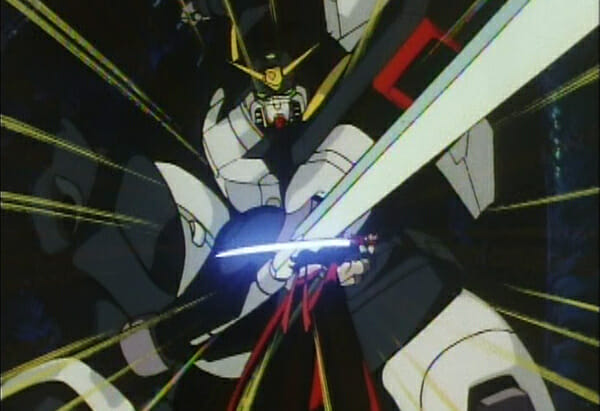 Just in time, too, because Master Asia’s Master Gundam and a shitload of Death Army mobile suits (plus Death Birdy air variants and Death Navy sea variants) converge on the Shuffle Alliance’s position. 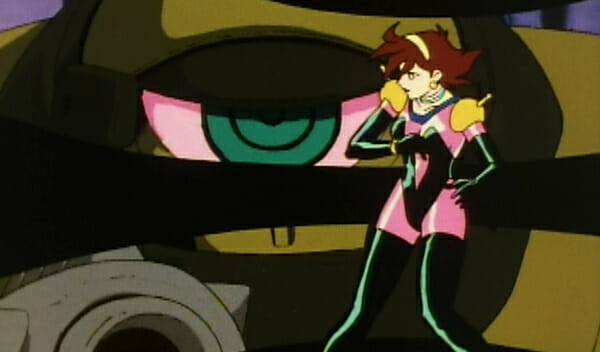 The main story gets back on its feet now that Domon’s finished his training – took him long enough! We see Rain pilot the Shining Gundam once again, faring a little better than she did in episode 13, and Master Asia returns with the Death Army. 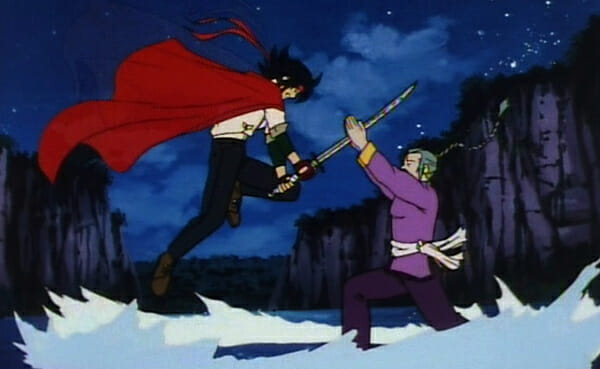 This is a cool shot

I will say that I always feel the urge to skip this episode on rewatches because the first half is pretty boring, showing the Shuffle Alliance members lounging around and Domon finishing his training. The fights with the Death Army are also pretty unspectacular, at least until Master shows up at the very end. 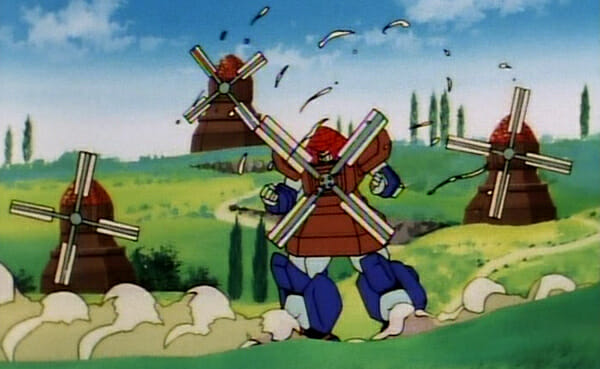 But I do love the montage at the beginning of the episode showing all the weird Gundams heading to Neo Hong Kong. Shout-out to fan favorite Nether Gundam from Neo Holland. It’s a Gundam that can transform into a giant windmill! And yes, we’ll actually see it fight, soon enough. But first we, and our heroes, have to get to Neo Hong Kong in one piece.