George must overcome his fear to fight an enemy from his past. 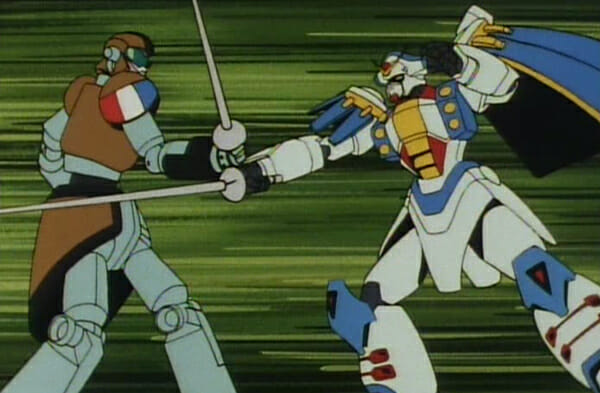 George trains with his butler

Neo France’s George de Sand, with his butler Raymond in tow, is the last member of the Shuffle Alliance to arrive in the Guiana Highlands for training. Gundam Rose fences with Raymond’s Butler mobile suit (yes, it’s a giant robot that looks like a butler), but George is still suffering psychological damage from his DG cell experience in Shinjuku. 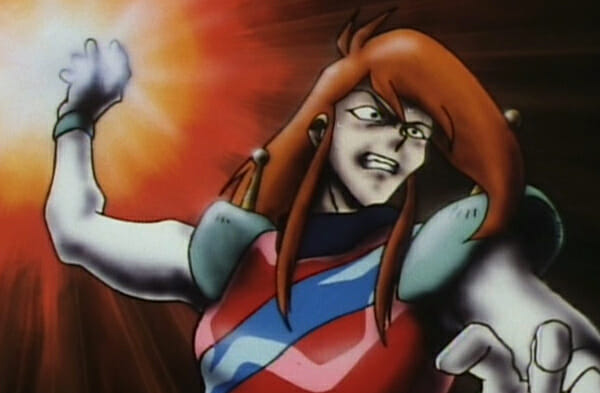 George is not himself

A man named Jean-Pierre Mirabeau has just escaped prison in Neo France. He once competed against George de Sand in a match over who would represent Neo France in the Gundam Fight, but resorted to underhanded tactics, and ended up killing members of the audience in what was later called “The Marseilles Tragedy.” 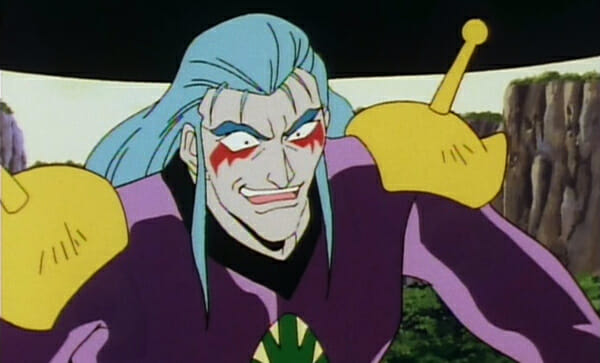 Mirabeau arrives on Earth in his Mirage Gundam and meets up with Master Asia to get infected with DG cells (offscreen), then heads over to the Guiana Highlands for a rematch with George. 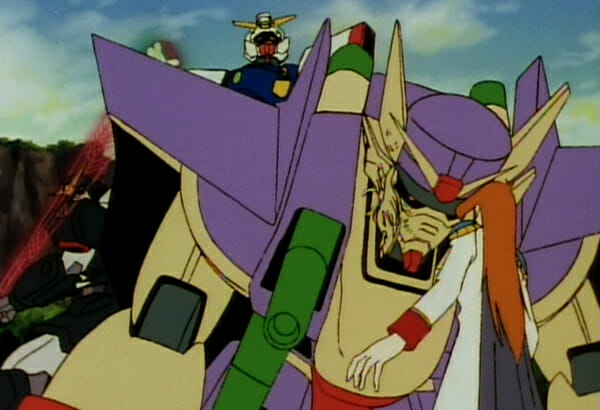 George is still not mentally ready to fight, but when Raymond’s Butler suit gets hit by the Mirage Gundam, anger replaces his fear and he gets into his Gundam. He kicks Mirabeau’s ass, then uses the power of his Jack of Diamonds Shuffle Crest to cleanse Mirabeau of his DG cells. Finally, the last episode in this mini-arc about all the Shuffle Members recovering from Shinjuku, and the best one. But maybe I’m biased because George is one of my favorite characters. We learn a bit more about his past and the event in recent history he’s tied to (the Marseilles Tragedy), though, strange we’re only hearing about this now…and we won’t hear about it again. 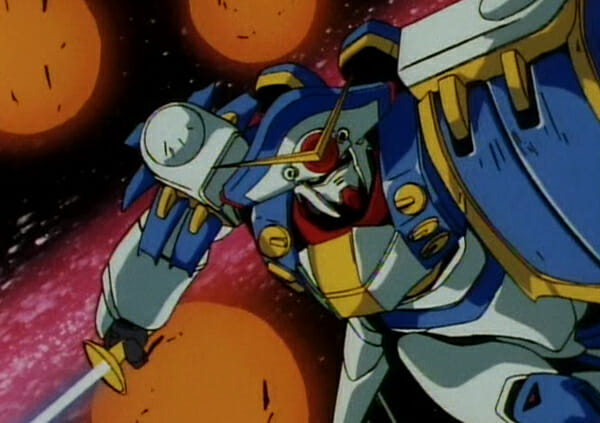 George’s butler Raymond finally gets the chance to shine, after being no more than decoration in his previous appearances, and we get to see his ridiculous mobile suit! 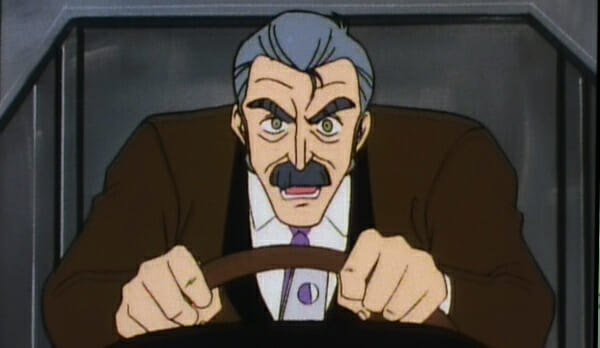 Raymond in the cockpit of his Butler mobile suit

Mirabeau was an okay villain. Sometimes in shows you get your nuanced, morally grey antagonists like Master Asia, while other times, you get antagonists that are just plain assholes. Mirabeau falls into this latter category, but that’s fine because he’s just a means for George to get back into fighting shape – the personification of past demons and fear he must overcome. 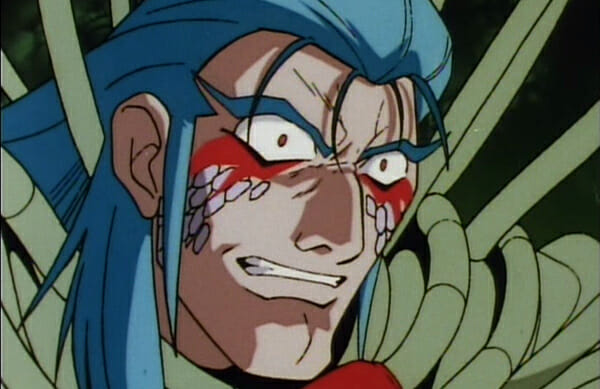 My only complaint about this episode is that the flashback scene of George going crazy in a Gundam Fight match was almost an exact copy of a similar scene a couple episodes ago with Chibodee. But, then again, repetition helps improve memory.