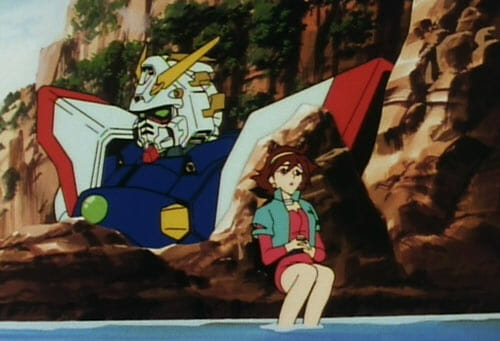 Rain chills out with the Shining Gundam

Domon and Rain are now in the Guiana Highlands, so Domon can learn how to control Shining Gundam’s Super Mode. 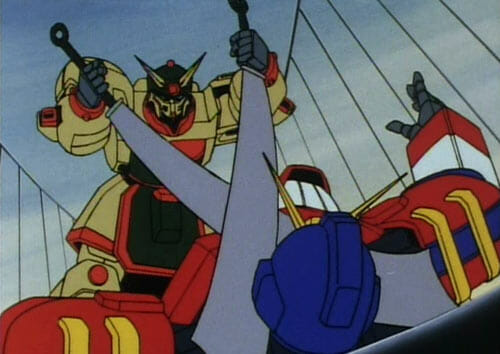 We cut to Chibodee having a Gundam Fight match with Neo Mongolia’s Temjin Gundam in New York. He has a nervous breakdown, imagining he’s covered in DG cells, and goes overboard, beating his opponent to a pulp. Chibodee’s crew watch in horror. 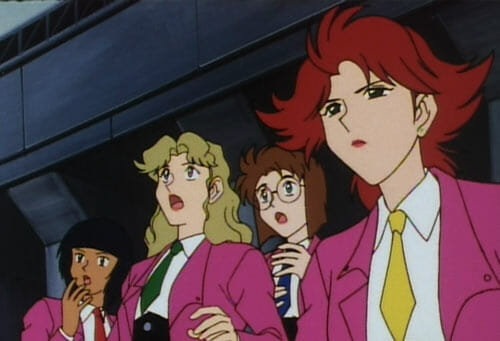 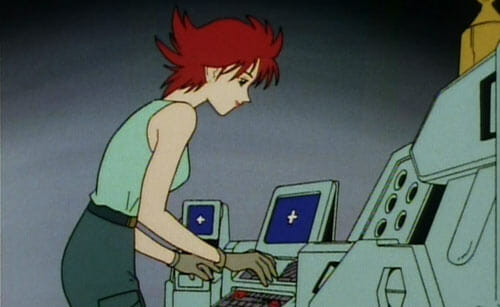 Chibodee’s crew arrive in the Highlands and sneak into the unguarded Shining Gundam to steal its battle data. Rain chases after them. 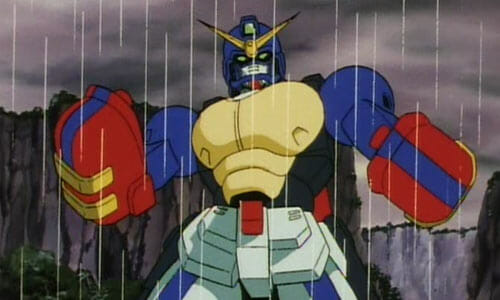 Chibodee also arrives in the Highlands and watches Domon train, then challenges him to a Gundam Fight match. They have to cut the fight short, however, when it starts raining and Rain and Chibodee’s crew get caught up in a flood. 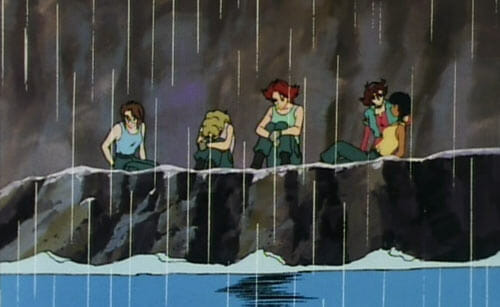 Rain and Chibodee’s crew are trapped 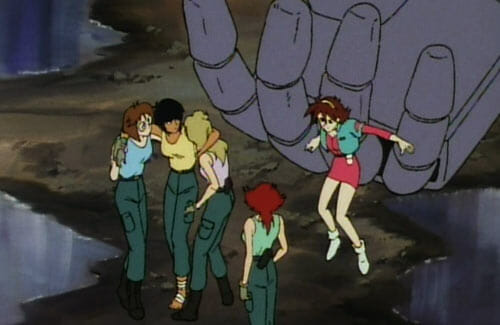 The next couple episodes will focus on each of the other Shuffle Alliance members as they deal with and learn to overcome their fears leftover from their experience with DG cells (and get stronger in the process). I applaud G Gundam for addressing this and giving us some character development, as other shows would most likely ignore it and more on. This, however, is my least favorite episode of the arc – I’m sorry Chibodee, but I dislike 80% of your episodes! 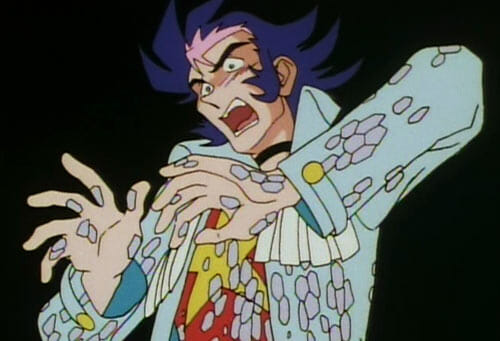 We learn more about Chibodee’s four team crew, that they were former thieves he met and helped reform, but their actions and presentation in this episode were far too far silly to take seriously. That coupled with the episode’s main adversary being a flood (bo-ring!) make for a very skippable episode.