Schwarz tries to keep Domon from falling into Master Asia’s trap (but fails). 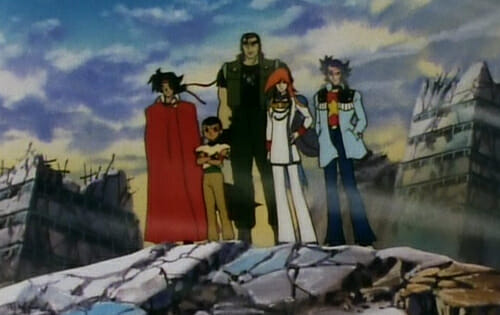 After the events of last episode, Chibodee, Sai Saici, George, and Argo all leave Shinjuku to return to the Gundam Fight. 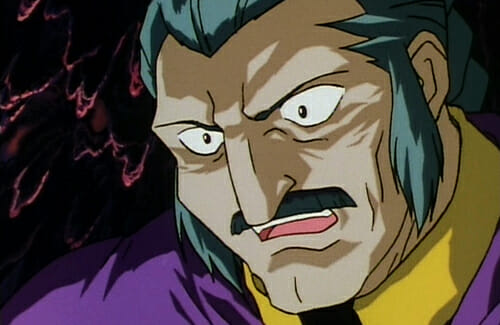 Master Asia is a two-dimensional villain this episode

Domon, meanwhile, is lured into a trap by Master Asia and is attacked by three Death Masters (Death Army mobile suits made to look like Master Asia’s Master Gundam). 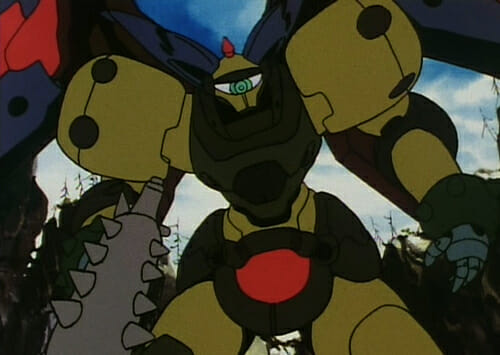 The unsightly Death Master only shows up this one time

Schwarz appears and destroys the Death Masters, and tries to stop Domon from acting like a hotheaded fool; Domon counters by challenging Schwarz to a Gundam Fight match. 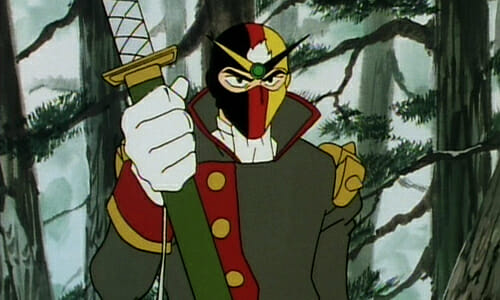 Schwarz, the voice of reason

Schwarz easily wins and tells Domon he sucks and will always suck until he can cut a tree in half with a rusty sword (and thus control Shining Gundam’s Super Mode). 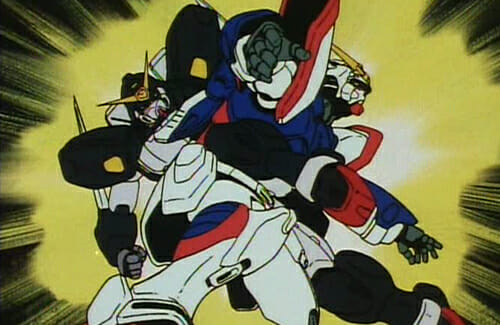 After Schwarz leaves, Domon decides he needs to return to his old training ground: the Guiana Highlands. 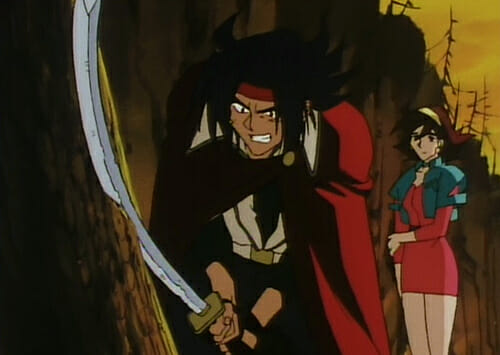 Domon still has a lot to learn

A much smaller in scale episode compared to the last two; a quiet coda to the Shinjuku arc. It’s oddly bright, visually, compared to the gloomy darkness seen in most of the other preceding episodes. The episode feels like waking up on a bright Sunday morning with a headache, and realizing you have tons of stuff to do before Monday. 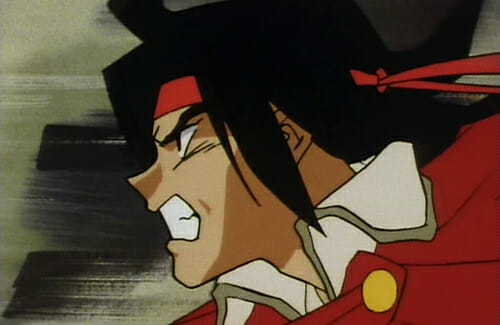 It’s not one of my favorites and I’m prone to skip it (and most of the following arc, for that matter). It’s key in better establishing Schwarz, but Domon is a dumb asshole getting into trouble and not listening to reason. And then there’s Master Asia, whom the episode really didn’t need, acting all weird underground in some lair, rambling to a bunch of DG cell skeletons about his strategies and what he’s going to do next. Yeah, like they’re going to care!