Domon and the Shuffle Alliance fight Master Asia and the infected Gundam Fighters. 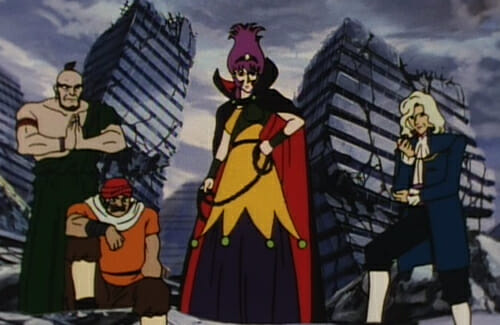 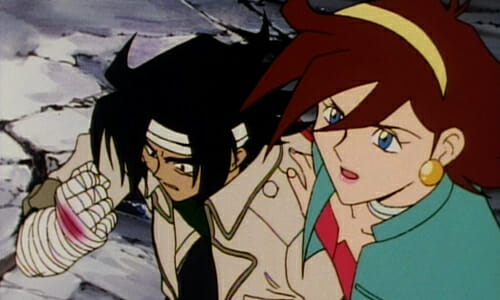 Domon and Rain speak with the Shuffle Alliance

A Death Army mobile suit arrives to relay a message from Master Asia to Domon: Go to Tokyo Tower alone and the city’s safety will be guaranteed. Domon heads over to Tokyo Tower and fights Master and the DG cell-infected Gundam Fighters. 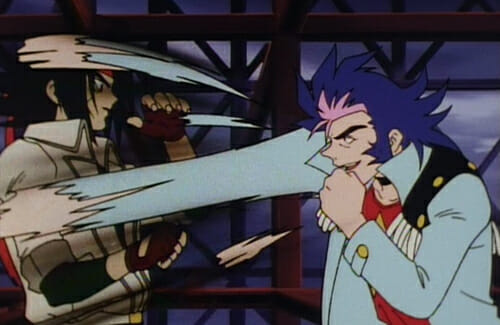 The fight escalates and everyone summons their Gundams. The Shuffle Alliance members also join the battle, but find that their attacks have no effect on Chibodee, Argo, George, and Sai Saici. “They are the successors of the Shuffle Alliance,” explains Jack of Diamonds. 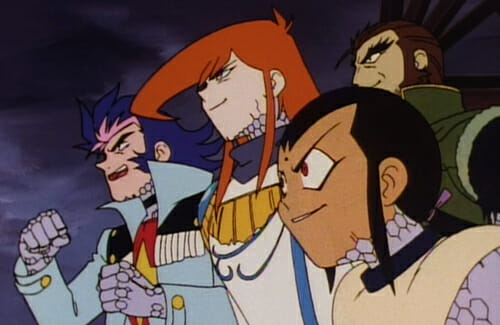 The DG cells have spread

The Shuffle Alliance members expend their life force to remove the DG cells from their heirs, but at the cost of their lives. Domon attacks Master Gundam with the Shining Finger Sword; Master Asia retreats but Tokyo Tower is destroyed. 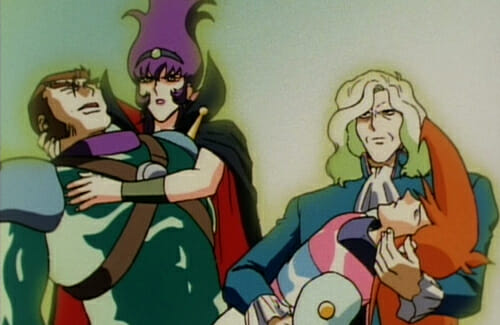 I’ll start by saying that everything involving the Shuffle Alliance was way, way too contrived. They aren’t characters (they don’t even have real names!) – they’re simply a mechanism to cure Chibodee and the others. Who, by the way, just happen to all be the Shuffle Alliance successors. How does that even work? Is it something they’re born with? It’s so muddled…and a little bit lazy. 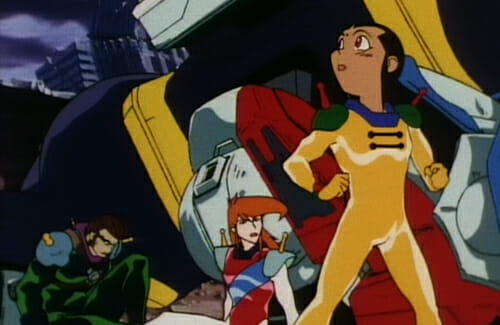 Chibodee and the others are restored

Yet despite these faults, I still enjoy this episode a lot. The word epic gets thrown around a lot these days, but that’s how it felt. Domon walking through the long line of Death Army suits is a fantastic visual. 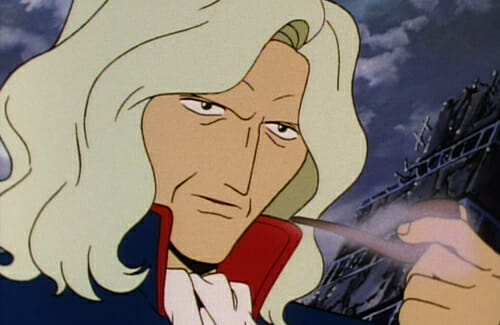 Shout-out to Jack of Diamonds for his classy appearance and the fact that not only is he inseparable from his pipe, but he uses it as a weapon: blowing it makes his mobile suit shoot fire!