The Death Army continues its attack on Shinjuku; Rain stumbles on a horrifying secret. 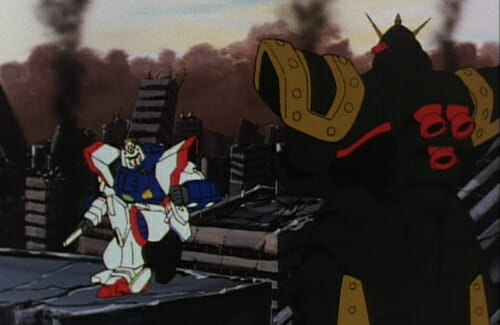 Domon and Master Asia fend off another Death Army attack on the city – this time the Death Army suits are under the control of the Gundam Rose. “Once the general is gone, the army will naturally collapse. This is the basic rule of strategy!” advises Master. 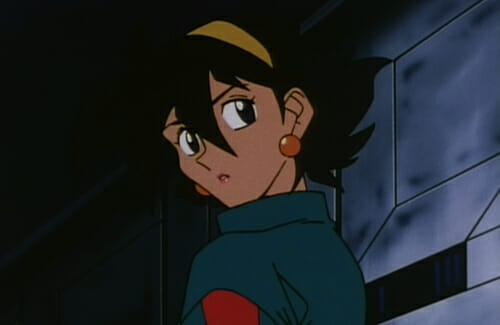 Nearby, Rain is drawn underground by a strange light and finds a room filled with stasis pods. Most of them have DG cell skeletons (like the Death Army pilot we saw in episode 12), but other pods have real life people within. People we know! 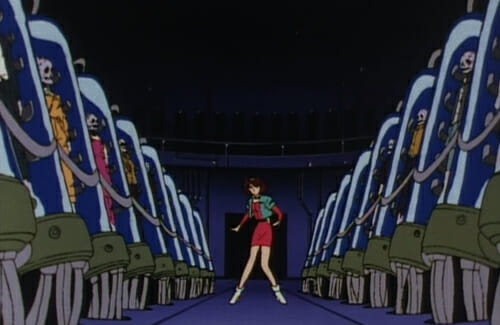 Rain frees everyone (Nastasha, Maria Louise, the Shaolin monks, George’s butler, and Chibodee’s four-woman crew) and they tell her how all their respective pilots were lured into a trap by Master Asia. Wait a second, Master Asia is working for the Devil Gundam? 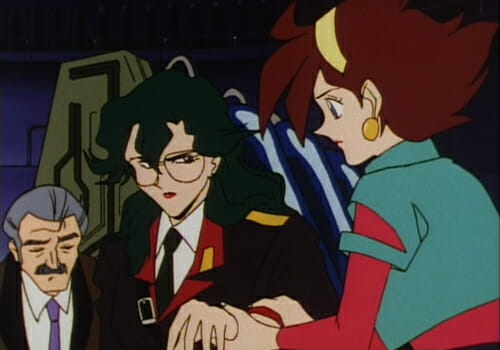 Rain helps Nastasha out of her pod

The Truth about Master

Domon continues to fight Rose Gundam, now joined by Bolt, Maxter, and Dragon Gundams. Rain shows up to tell Domon about Master’s true colors – the jig is up and Master’s Kowloon Gundam shifts into the Master Gundam (the mysterious horned Gundam from last episode). 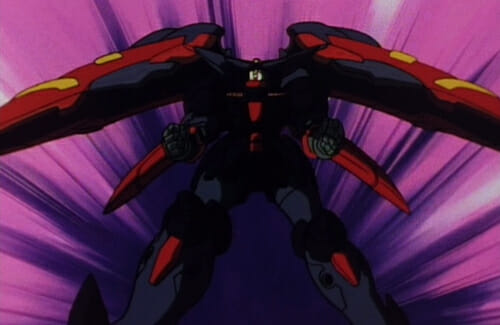 Domon attacks with the Shining Finger, but is overwhelmed by Master’s Darkness Finger. However, four playing card mobile suits belonging to the Shuffle Alliance suddenly appear and give Domon a last minute save. Master and the DG cell infected fighters retreat; Domon can’t believe Master is now an enemy and cries his eyes out. 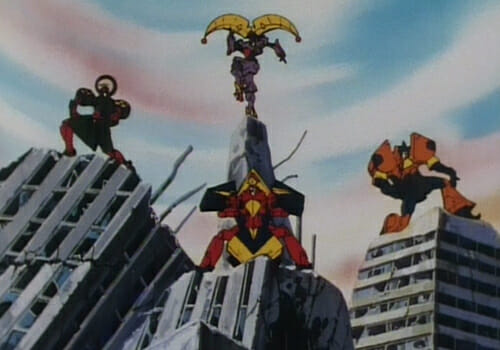 What a twist! Who knew Master was evil? But this certainly adds an interesting wrinkle to the story. Reuniting with Master in episode 12 was the happiest we’ve ever seen Domon, so this revelation is a huge stab in the gut for him. How will he recover? We’ll see. 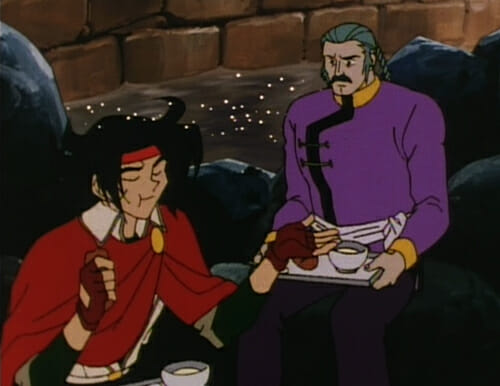 Domon and Master have breakfast together

We’ll also learn more about the Shuffle Alliance next episode. If you remember, episode 6 mentioned that Master was once a member (and leader) of this elite group until he transferred his title to Domon. Their quarrel with Master is personal.