While investigating a radio signal, Domon is attacked by four fighters and a mysterious Gundam. 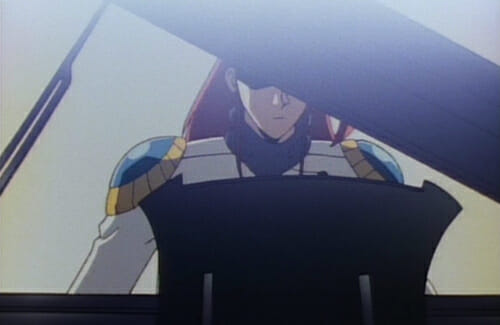 The Shinjuku security force hears a piano on a radio signal coming from underneath Tokyo Tower; Domon and Master Asia check it out, but ditch their Gundams and race each other on foot to see who can get there the fastest. 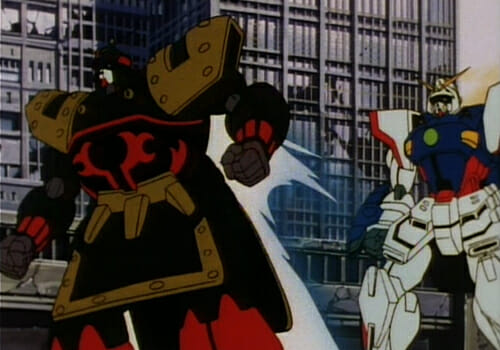 Master and Domon on the move 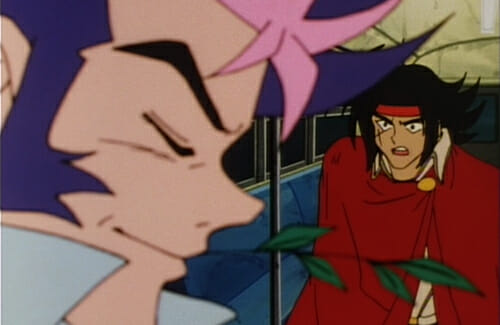 Meanwhile, Rain is forced to pilot the Shining Gundam to defend herself from Death Army mobile suits and a mysterious Gundam with horns. 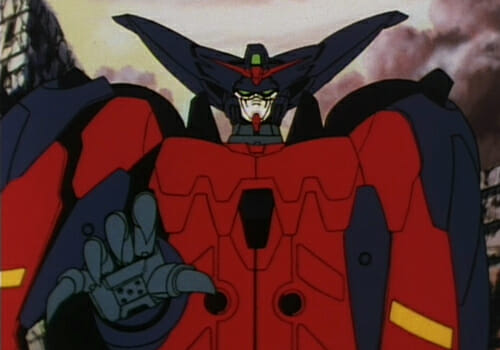 Domon finds his way back to the Shining Gundam, and with Rain’s help, uses the Shining Finger on the mysterious Gundam. It disappears just as Master Asia and his Kowloon Gundam arrive on the scene. Better late than never. 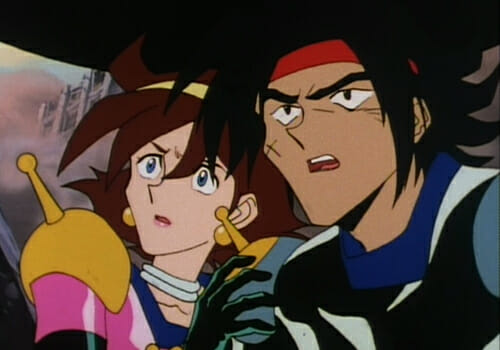 This episode rides the wave of goodness started by the last one. The fights were frenetic, as Domon moved from opponent to opponent in rapid succession, avoiding the punches (and subway cars) thrown at him. We also see Rain join the fray, piloting a Gundam for the first time. 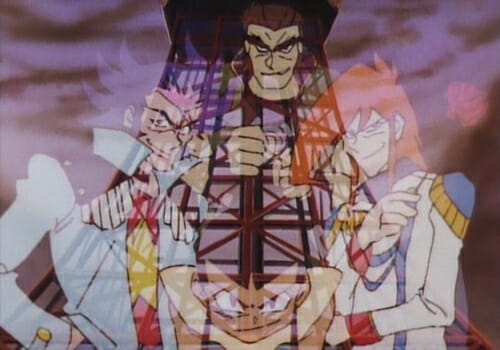 Big 5 (sans the pilot of the mystery Gundam)

But I feel it’s the weakest link in the Shinjuku arc when compared to its companion episodes. Its focus is more on the setup than the payoff, so I find it’s less enjoyable on rewatches.