Domon reunites with his former master in Shinjuku and fights the Devil Gundam’s Death Army. 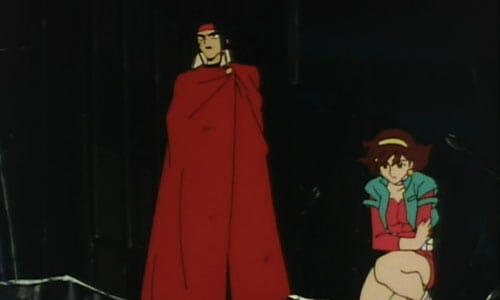 Domon and Rain arrive in Shinjuku

Domon and Rain head to Neo Japan after receiving word from their government that Shinjuku is under attack by the Devil Gundam. 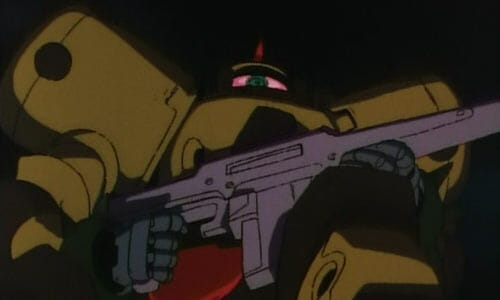 As they wander through the ruins of the city, they’re followed by a couple Death Army mobile suits – these puppies are creations of the Devil Gundam! 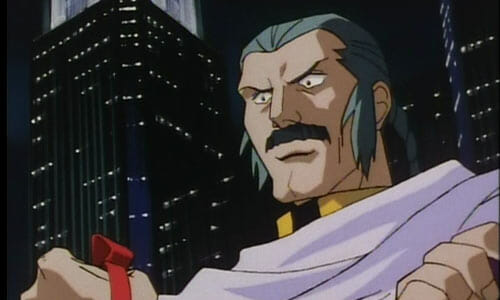 Master Asia, the Undefeated of the East

The Undefeated of the East 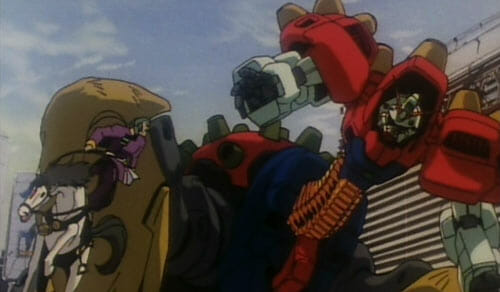 Master Asia tells of his encounter with the Devil Gundam

Master Asia tells the harrowing tale of how the Devil Gundam and its Death Army ravaged the city. All the survivors have gathered in a lone government building, the city’s last bastion of hope. 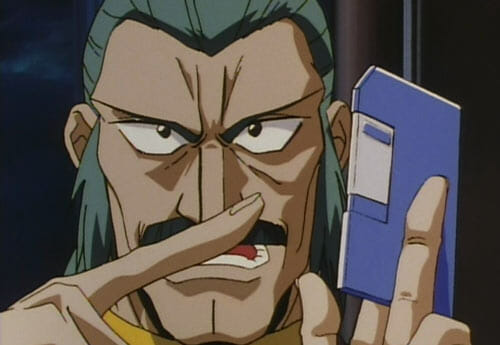 The Death Army is on the move, but Domon and Master Asia lead a squadron of Neo Japan defense suits to counterattack. Their plan to lure the Death Army into the ocean succeeds, despite a minor hiccup. 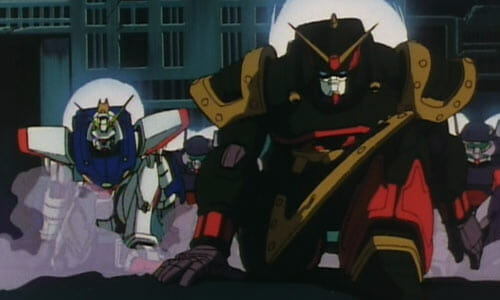 As Domon, Rain, and Master Asia celebrate their victory, the cockpit of one of the fallen Death Army suits opens up and we see its pilot: a skeleton covered in DG cells! “The Devil Gundam isn’t far from here,” says Domon, “I’ve finally cornered it.” 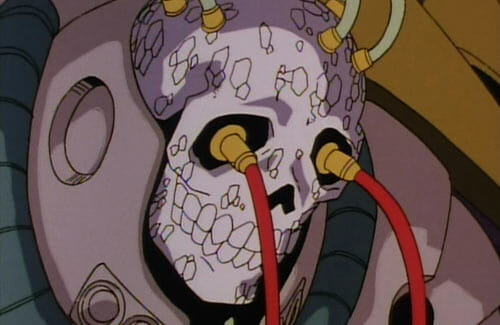 Now were talking! The Devil Gundam story arc is finally in full swing after learning bits and pieces about it these past few episodes. We also finally see Master Asia after he was briefly mentioned in episode 6; I love the School of the Undefeated of the East “greeting” he and Domon recite when they see each other again: “The winds of the king / Zenshin / Keiretsu / Tempa Kyouran / Look, the East is burning red!” 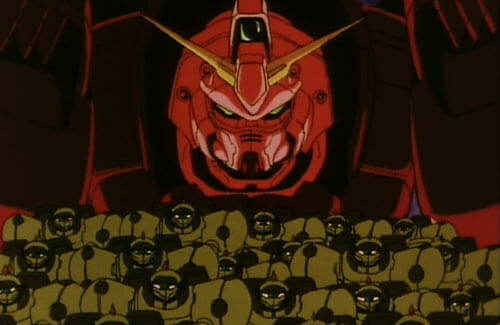 Devil Gundam with its Death Army

With lack of emphasis on the Gundam Fight, this episode felt more like a traditional Gundam episode. If you’ve had a difficult time getting into G Gundam, and episode 6 didn’t cut it, then 12 should definitely wet your whistle. If it doesn’t, then at this point, you probably won’t get into the show and might as well quit while you’re ahead.