In Neo Egypt, Sai Saici encounters the “ghost” of the Gundam Fighter his grandfather accidentally killed. 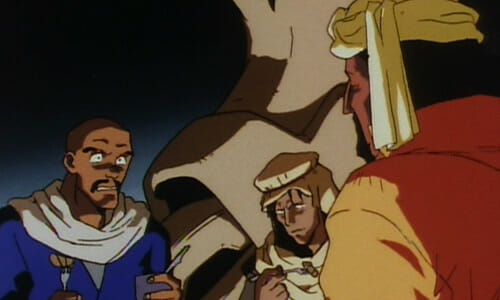 It’s nighttime in Neo Egypt; the country’s Fighter and crew camp out in a hangar with their Pharaoh Gundam XIII, chillaxin’. They talk about rumors that Dahal Muhammad (Neo Egypt’s fighter from many years ago) and his Pharaoh Gundam IV have been seen roaming the desert during evening sandstorms. But that can’t be true…he’s dead! 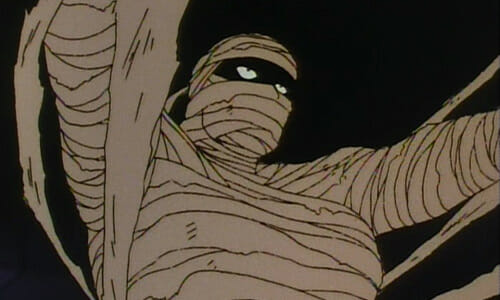 The hangar doors are forced open. Why, it’s the Pharaoh Gundam IV and Dahal Muhammad – now a mummy! The Gundam fires beams from its eyes and the trio from Neo Egypt are incinerated. 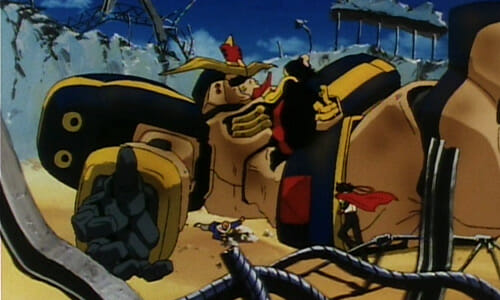 Domon investigates the remains of the Pharaoh Gundam XIII 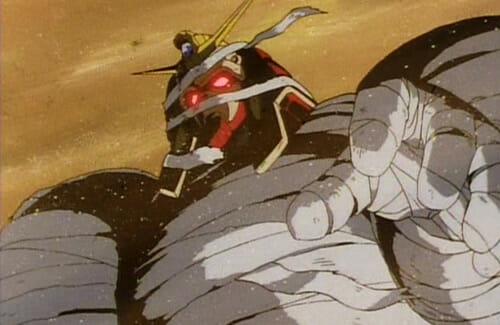 Sai Saici accidentally stabs Pharaoh Gundam’s cockpit, which is a violation of the rules. Did he kill the pilot? Impossible, since he’s already dead. Pharaoh Gundam sinks into the sand… 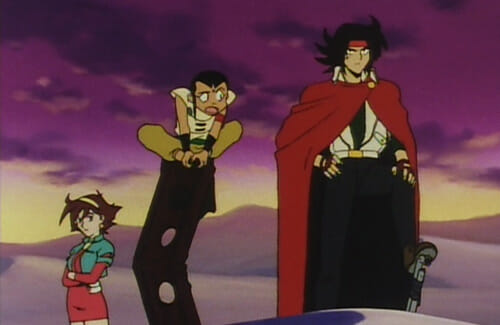 Rain leads everyone to Dahal Muhammed’s tomb to look for clues; the gang has another encounter with Dahal, and the Pharaoh Gundam reappears for a rematch. 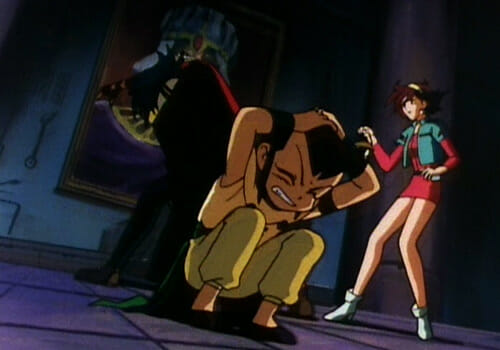 Rain does some research on her laptop and learns that Dahal was killed in an accident 40 years ago during the 4th Gundam Fight in a match against Sai Saici’s grandfather. Dahal’s will to fight was so strong that it remained even after death. 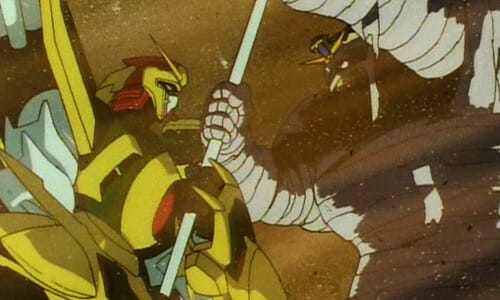 Sai Saici obliterates the Pharaoh Gundam, but it suddenly starts regenerating. Domon steps into the fight because regeneration is one of the Devil Gundam’s special abilities, and he thinks it made contact with Dahal and resurrected him with DG Cells (more on that in the next episode). Domon activates Shining Gundam’s Super Mode and destroys Pharaoh Gundam completely. 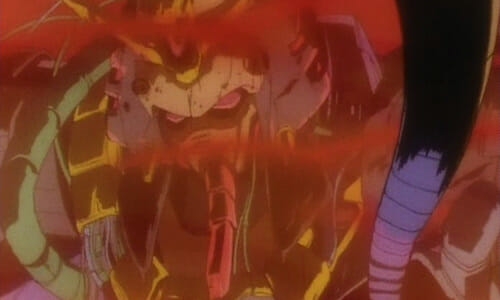 The Gundam franchise takes on a ghost story and dips its mech feet into the quasi-paranormal (it sort of has a “scientific” explanation). How does it stack up? It’s not bad! We also learn a bit more about the history of the Gundam Fight, as we did in the last episode, but more importantly, we also get more information on the Devil Gundam and its capabilities. 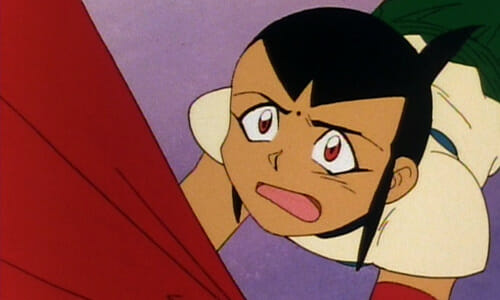 Sai Saici is annoying again…but he gets better

Sai Saici comes off a bit better than he did in his first episode, but he was still annoying due to spending most of the episode screaming at every little thing, like he’s Scooby-Doo or Willie Scott in Temple of Doom. But in his defense, that’s the point of his arc in this episode, as he learns to face his fears of ghosts and fight Dahal. To see him at his best, we must first see him at his worst.