In 1994, the Gundam franchise had been around for 15 years and was growing a bit tired and needed revitalization – enter G Gundam. A total departure to the war epics of the previous installments, G Gundam added martial arts to mix, while retaining the heart of Gundam and its exploration of human conflict (with giant robots).

G Gundam was also the first Gundam series to be set in an alternate timeline, moving away from the long-running Universal Century timeline to begin anew in Future Century. 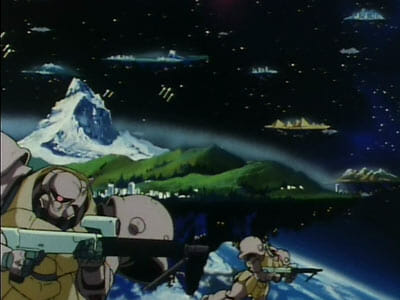 In the year Future Century 60, all the countries of the Earth have migrated into colonies out into space. In the inverse of traditional Gundam shows, rich people live on the space colonies this time, while the poor are stuck on the desolate Earth. 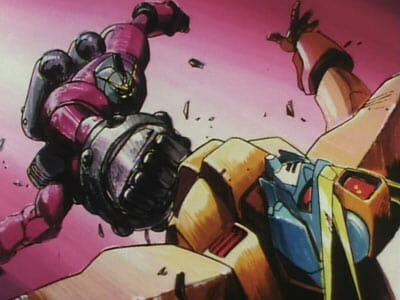 Every 4 years, there’s a Gundam Fight; each country selects a fighter representative who uses a Gundam (giant robot) to fight other countries’ Gundams on Earth. When a Gundam’s head is destroyed, it’s disqualified from the tournament.

The Gundam left standing at the end is declared the victor, and the country it represents is declared ruler of space until the next tournament. 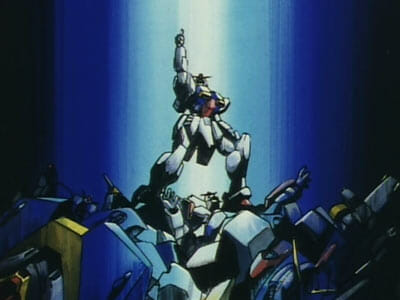 The Gundam of Gundams

The 13th Annual Gundam Fight has begun. Each space colony launches a capsule containing a Gundam bound for Earth; however, one veers off course and lands in Neo Italy. Neo Italy’s fighter (and mob leader) Michelo Chariot orders his gang to find the owner of this capsule. 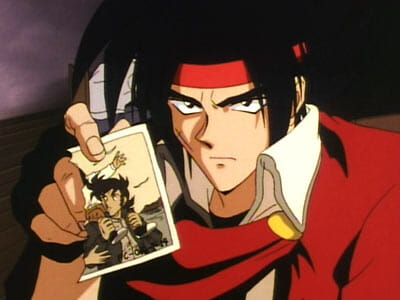 In a bar, a trio of children go through some jewelry left behind by evacuees. Seated nearby is a red cloaked, red headband-wearing man with a small x-shaped scar on his cheek – this is Domon Kasshu, Neo Japan’s fighter, and our protagonist. He presents a torn photo to the bartender and asks if he’s seen the man in the photo, but the bartender says no. 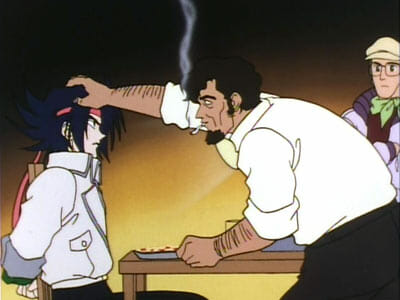 Domon is caught by the police

Michelo’s men show up and Domon beats them all up, landing him in police custody. Inspector Belcino interrogates Domon and tries to discover his identity, but Domon’s partner Rain Mikamura bails him out before that can happen. 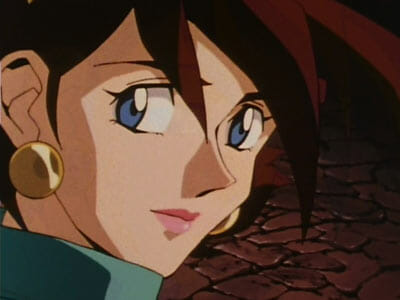 Michelo’s Neros Gundam comes out and grabs one of the kids from the bar. Domon rescues the kid, and reveals a King of Hearts tattoo on his hand, showing he’s a member of the Shuffle Alliance – a group of elite fighters. 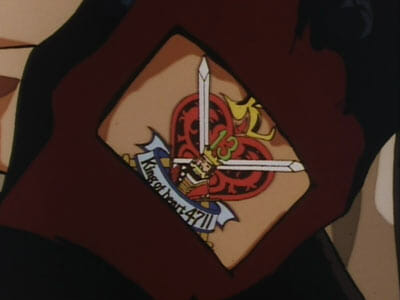 Domon summons his Shining Gundam and easily wins his first fight with the Shining Finger attack (though it’s more of a shining hand). Get used to this. Just about every single fight ends with Domon pulling out the Shining Finger and saying: “This hand of mine glows with an awesome power. Its burning grip tells me to defeat you!”

Its a very catchy quote, and after you watch a few episodes, you’ll find yourself saying it every morning before breakfast. 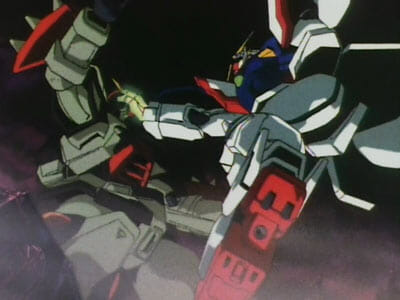 Neros Gundam gets a taste of the Shining Finger

With Michelo disqualified, the police can now arrest him for his criminal activities. Domon prepares to leave and Belcino throws him a box of pizza as a goodbye gift. 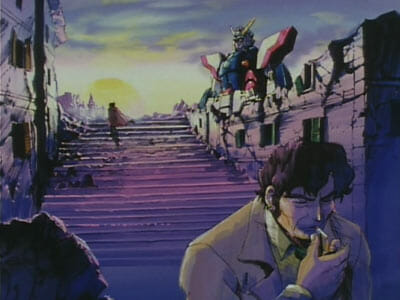 As I said before, this was a major departure from the Gundam formula, but a good way to shake up everything. It’s more over the top and doesn’t take itself quite as seriously as its predecessors. It’s just plain fun. 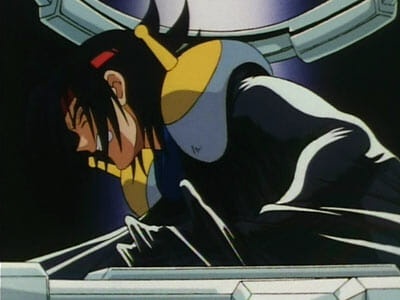 In G Gudam, pilots use the Mobile Trace System to control their Gundams. It’s a skin-tight suit with sensors that covers the pilot from head to toe (like a motion capture suit), and whatever movement the pilot makes with his or her body is mimicked by the Gundam. And if the Gundam is hit or damaged, the pilot feels pain. I find this to be a pretty realistic way to pilot giant robots, more so than the joysticks and pedals used in other series. 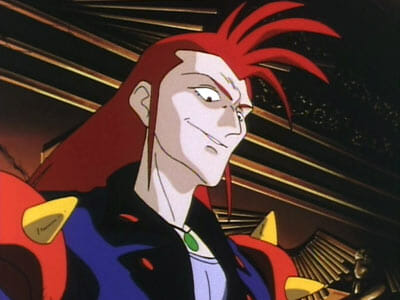 I wasn’t very fond of this episode when I first saw it. At this point we don’t know much about the main characters or their motivations, and Michelo is such a one-dimensional villain. But what I did like was the focus on Belcino, providing a civilian viewpoint to the Gundam Fight, and that it’s not all glitz and glamor. It actually sucks, and is destroying the Earth. 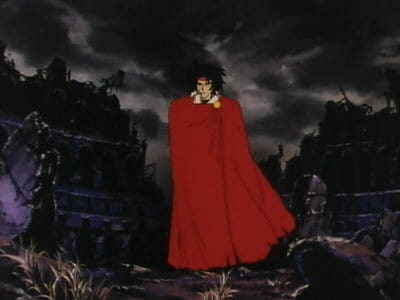 Domon in front of the Colosseum

Now that I know the characters and story, the episode’s gotten a little bit better, but it’s still not that great. G Gundam will take a while to get going and it keeps you in the dark on a few things right now. If you want to get straight to the good stuff, skip to episode 6.