The Doctor, hoping to make amends for something he did a long time ago, visits a dying Davros. 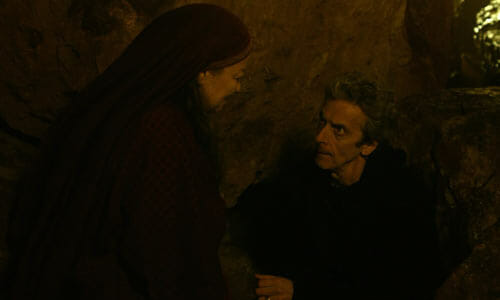 The Doctor on Karn once again

On Karn, the Doctor gives a priestess a confession dial, the Time Lord equivalent of a will, telling her, “You know who to give that to,” before walking away. 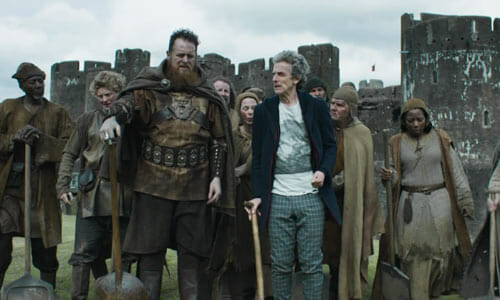 The Doctor and his castle buddies

Longer than Prologue, this six-minute mini-episode shows the Doctor in a 12th century castle. He wants to meditate and mentally prepare himself for an upcoming meeting with someone. But instead, he procrastinates, gives in to distractions, and hangs out with his big burly buddy Bors, one of the castle’s inhabitants. 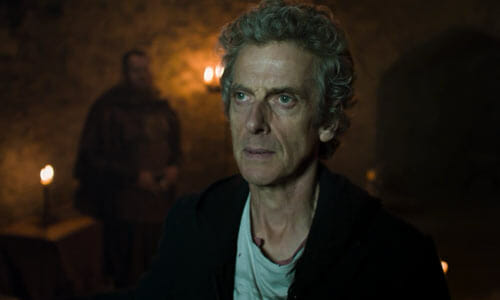 The Doctor and Bors

You can take or leave these shorts. There’s nothing really special about either of them. 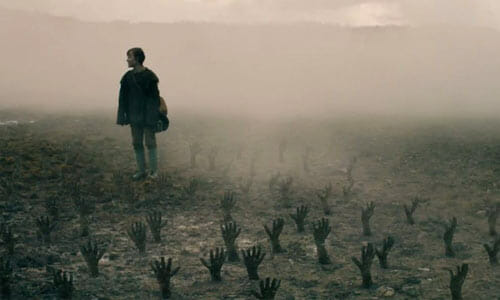 The boy is caught by handmines

We begin on an alien battlefield, where a boy gets caught in a “handmine” field. The Doctor randomly shows up in the TARDIS and tries to help the boy, who reveals his name is Davros. 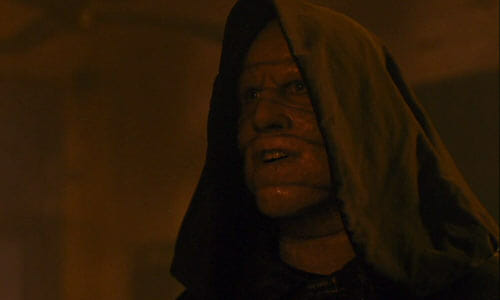 We jump ahead to the present where an alien guy made out of snakes, Colony Sarff, works on Davros’ orders to find the Doctor. He checks various places we’ve seen before on the show, but the Doctor eludes him. 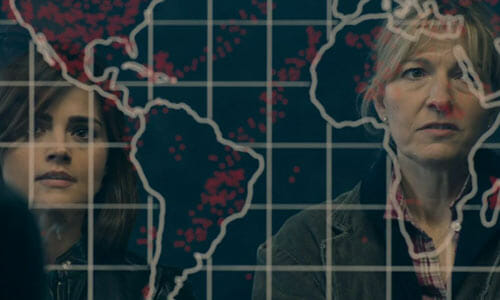 We move again to Earth, where 83 airplanes have stopped moving in midair, frozen in time. Kate Stewart of UNIT contacts Clara to see if she can reach the Doctor. Instead, Missy (still alive after her previous appearance) reaches out to Clara and arranges a meeting at an outdoor cafe. 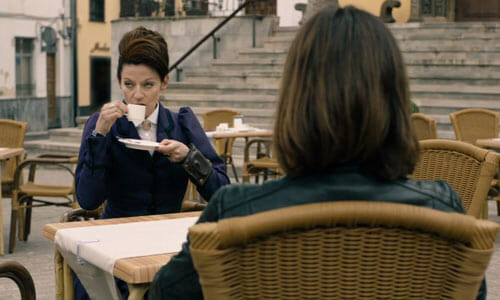 Missy is responsible for freezing the planes, but only did it to get Clara’s attention; she received the Doctor’s confession dial and believes he intends to die.

Kate uses UNIT’s resources to track mentions of the Doctor throughout history, where he’s “making the most noise, but there isn’t any crisis.” They find him in the 12th century castle in Essex; Missy and Clara use vortex manipulators to get there. 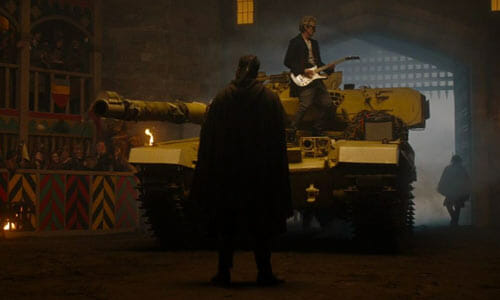 The Doctor makes his entrance

There, the pair reunite with the Doctor as he plays an electric guitar on a tank for Bors and the other medieval people. Colony Sarff also shows up and takes the Doctor, Missy, and Clara to the Dalek homeworld Skaro. 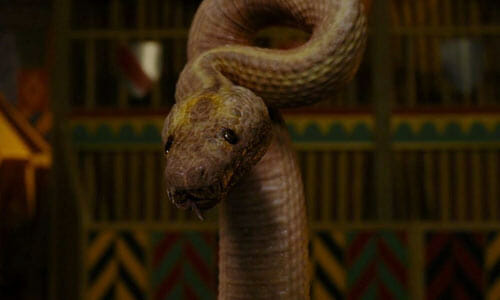 The Doctor meets with Davros, while Clara and Missy try to escape but are hit by lasers and seemingly exterminated. 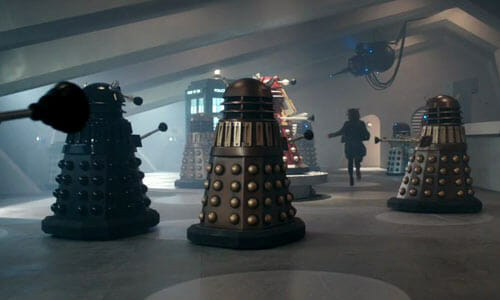 Clara and Missy are shown to be alive on the surface of Skaro. Missy had her and Clara’s vortex manipulators absorb the lasers’ energy and teleport them outside. 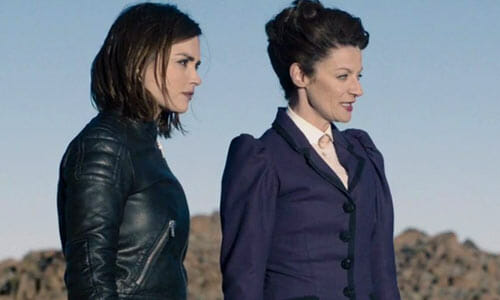 Clara and Missy must work together

They sneak back into the city through the sewer system, which is populated by Dalek goo. Missy explains that because Daleks don’t die of natural causes, their elderly population is sent to the sewers, where their bodies decay and liquify. Their minds are still intact and they resent their younger ilk for putting them down there. 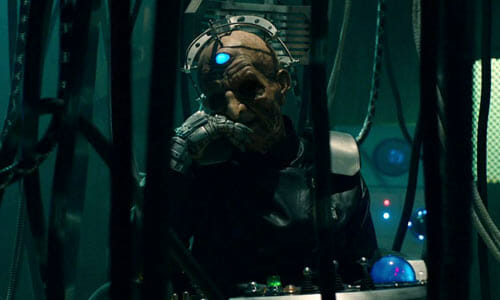 The Doctor and Davros

Back in the Dalek City, the Doctor and Davros have a long chat and actually start to bond. Davros is pitiful and remorseful for his actions, and the Doctor feels sorry for him and decides to save his life. He grabs Davros’ life support cables, which are connected to all the Daleks on Skaro, and expends some regeneration energy into it to help make Davros healthy again. 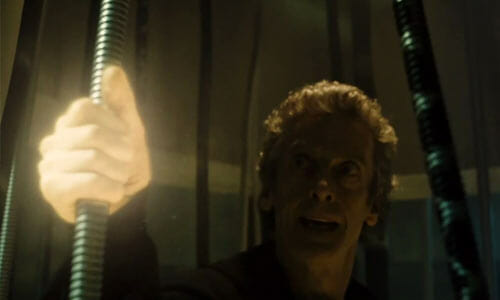 The Doctor lends Davros some energy

It turns out Davros’ preyed on the Doctor’s compassion and his sob story was all an act. The Doctor is unable to release himself from the life support cables, and Davros plans to siphon all his energy to make the Daleks stronger. 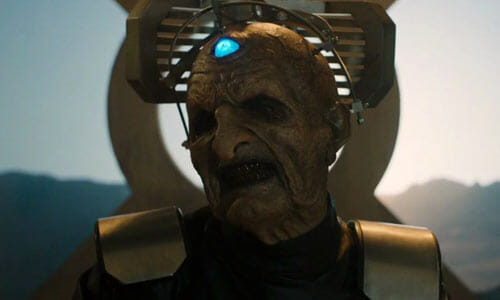 But it also turns out that the Doctor was also acting and knew that Davros’ sob story was an act. By making the Daleks stronger, the Doctor also makes the Dalek goo in the sewers stronger. The goo rises up and starts attacking all the Daleks. 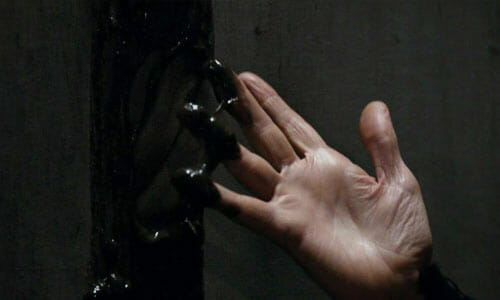 Missy stuffs Clara into a Dalek shell and they roam the city pretending to be a Dalek escorting its prisoner. The Doctor finds them, but because Clara is unable to communicate properly through the shell (nearly everything she tries to say is broadcasted as “exterminate” or “hate”), he nearly kills Dalek Clara. She is somehow able to convey the word “mercy” through the shell, and the Doctor realizes it’s her. 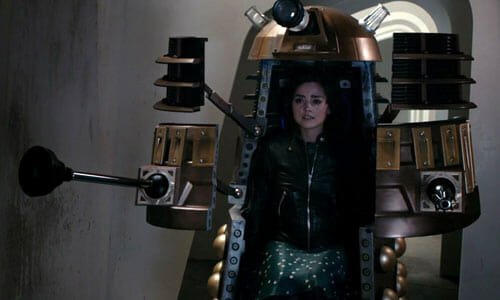 Clara is free from the Dalek shell

The two of them leave in the TARDIS, stranding Missy on Skaro as the Daleks struggle with their sewage.

The Doctor travels back in time to the opening scene of the episode, rescues boy Davros from the handmines, and teaches him the importance of mercy. 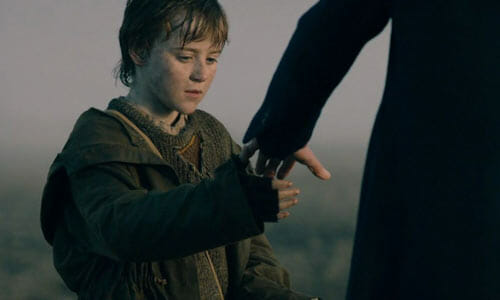 This two-parter had a nice idea, and seemed like it would address the old question that “if you had a time machine, would you kill Hitler when he was a child?” A variation of which is posed by the Doctor in Genesis of the Daleks. But the episodes only just scratch the surface on what could have been an interesting morale debate.

We get some character development between the Doctor and Davros, but all of that is nullified by the double-fakeout when Davros reveals he was lying and the Doctor reveals that he knew. So nothing is gained in that regard. 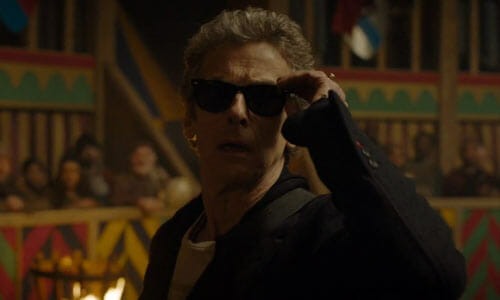 Starting with this episode, the Doctor trades his sonic screwdriver for sonic sunglasses. A lot of fans really hate the sunglasses, but I’m open to them. Or, to be precise, I have an “okay, I don’t care; whatever” attitude towards them.

A couple scenes were weak because they didn’t go anywhere or add anything – they were just there to move the story from Point A to B, like the whole airplane situation in the first episode. 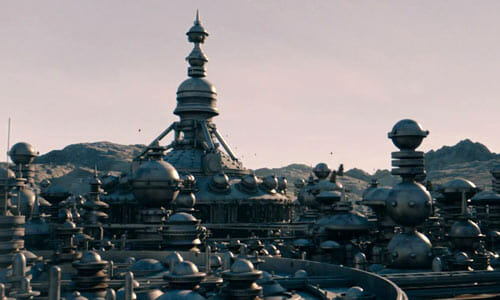 I really disliked the Doctor’s rock concert in the 12th century castle. It was way too grandiose and silly, and made me cringe. I know some people like that kind of stuff in Who, but I certainly don’t. However, I will say that I do like Missy’s silliness, and she proved to be the bright spot of these episodes.