Captain Hunt and the others pass through the Route of Ages and confront Tyr. 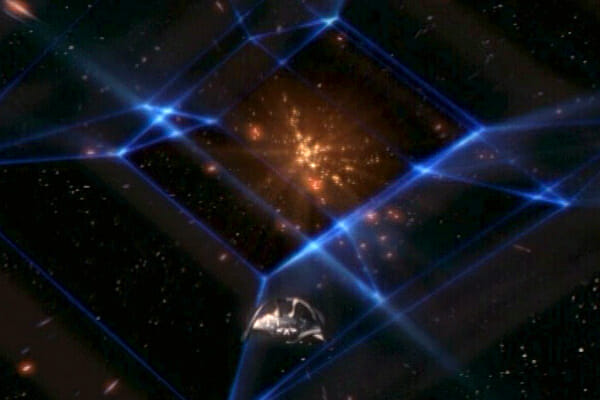 Entering the Route of Ages

Andromeda and the Eureka Maru go through the Route of Ages portal that can take them to one of infinite universes. 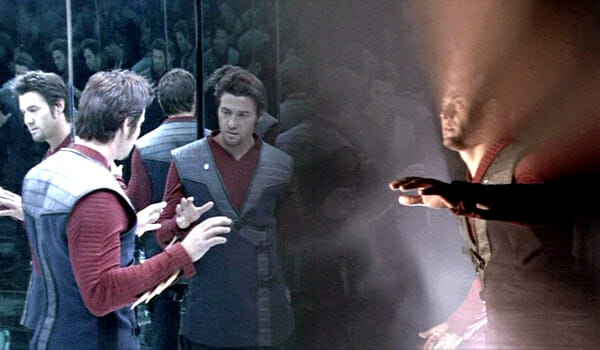 Trippy side effects of traveling through the Route

But it just takes everyone to that same cave set we’ve seen in nearly every episode of the series. This is where the Spirit of the Abyss lives; Tyr wants to make a deal – Dillon Hunt’s life for his safety. 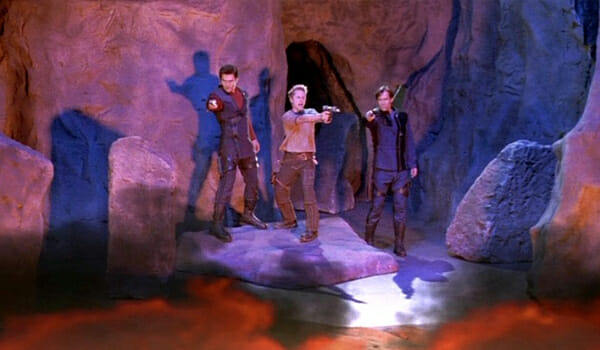 Hunt arrives and just zaps Tyr with a force lance. His body topples down the cliff into a bottomless void. 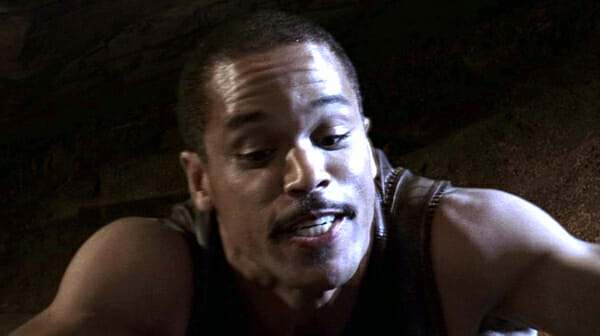 Tyr, moments before he falls to his death

The crew reconvenes on Andromeda, but they’re unable to escape the Route of Ages. Trance finally reveals what she is after all this time: the avatar of a sun with the power to destroy and create. 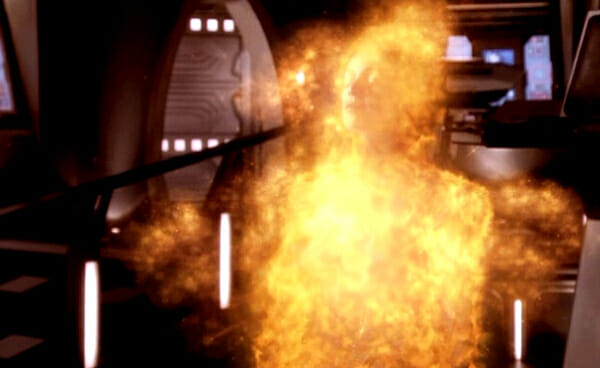 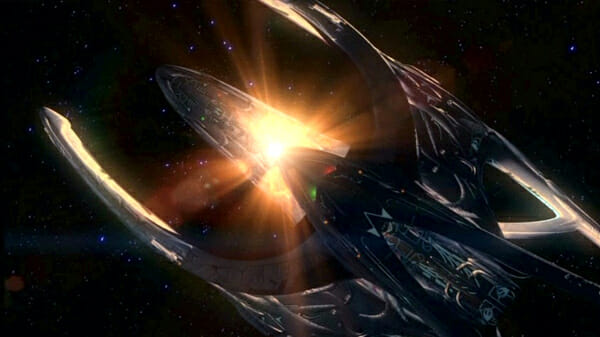 And then they all died – The End

Goodbye, Tyr. Yep, he’s dead and gone for good. A rather unceremonious end, after being a regular for three years on the show, but at least he got…some sort of closure. I wasn’t crazy about how he was made 100% selfish and (irredeemably?) villainous in the end, but it’s probably so we won’t feel any sympathy for him when he died. “In the end,” Harper says, “It turns out there was no good in Tyr.” 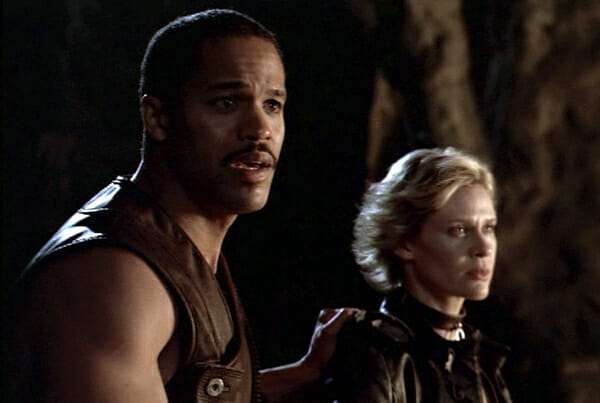 His subplot with Beka meandered then fizzled out

We got a weird mindfuck scene when the characters enter the Abyss’ realm/universe: The camera zooms in on the members of the Andromeda crew as they disappear and reappear, then see reflections of themselves among clips of past episodes. I hated that we had to watch each character, individually, go through the same thing. 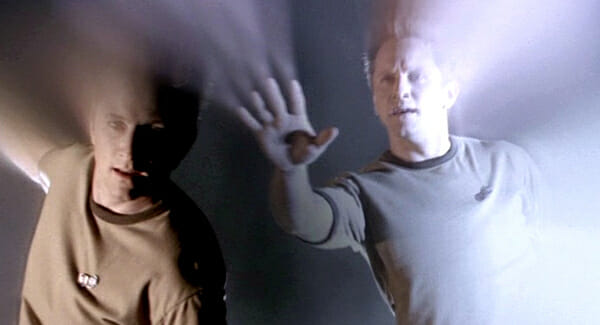 What a time waster

At last, we finally learn that Trance is the avatar of a star, with…the power to create and destroy anything? But what does this have to do with her additional ability of seeing alternate outcomes to events like we saw in The Dark Backward? And the fact that she just destroys the crew and brings them back was such a lazy deus ex machina that I didn’t like that at all.