The Andromeda crew race with Tyr and the Collectors to find the Route of Ages, a map to the Abyss. 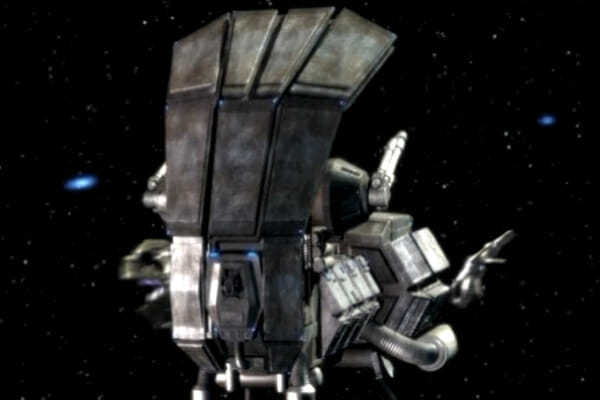 Nietzscheans attack a prison transport and bust out its precious cargo: Tyr Anasazi (with fresh haircut)! 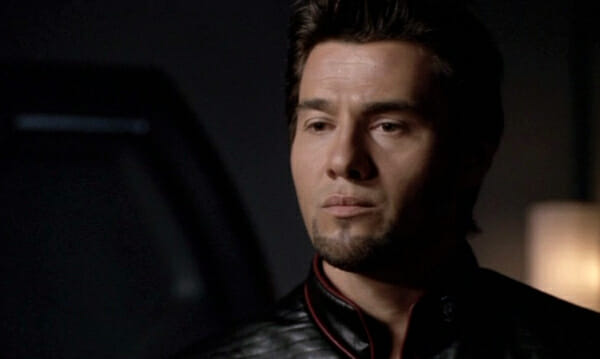 Andromeda picks up an escape pod from the transport containing its pilot, Telemachus Rhade, whom we met way back in season 2. He now joins the crew of Andromeda permanently. 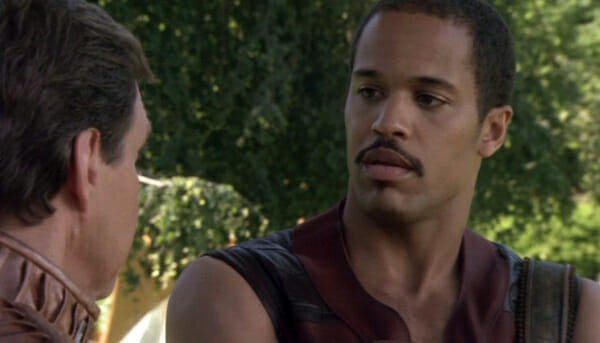 Tyr meets with the Collector Pish

Elsewhere, Tyr meets up with a man named Pish, a Collector (remember, they’re the “Big Bads” this season). He wants to make contact with the Spirit of the Abyss and asks Tyr to get something called the Route of Ages – a record of wars with the Abyss and the key to finding its weakness. 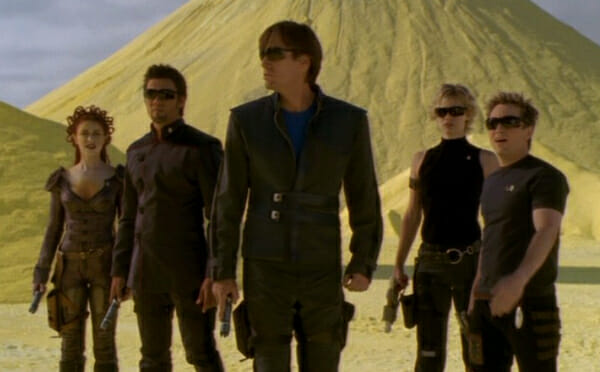 Looking for the Route of Ages

The Andromeda crew also seeks the Route of Ages. They meet a weird lady on a planet who gives them a canister containing a map to the Route. Tyr and the Nietzscheans also arrive and kill the weird lady, but the Andromeda crew escapes with the canister. 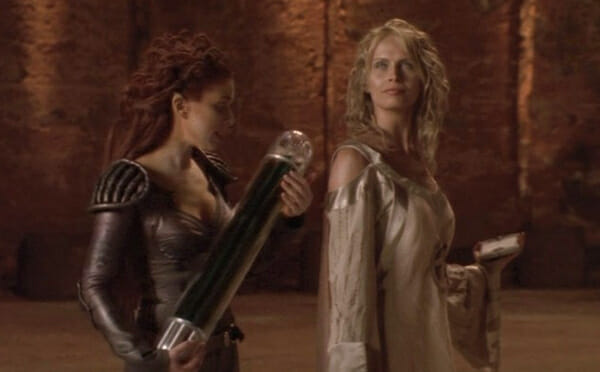 Trance gets a canister from the weird lady, Aurelia

Pish gets pissed at Tyr for losing the map, but Tyr’s like “it’s cool, we can just follow Andromeda.” He sends Beka a secret message asking her to join him – does he still harbor feelings for her? 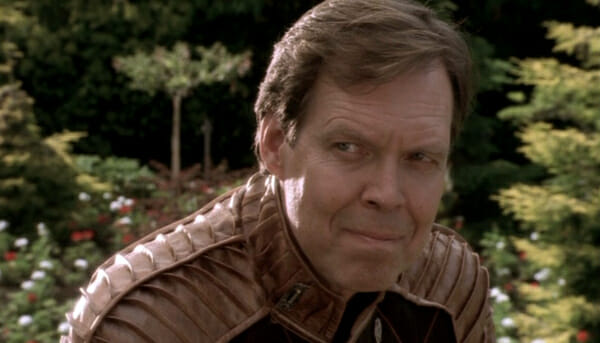 Pish is not a happy camper

The Eureka Maru (with Beka and Tyr) and Andromeda find the Route of Ages. Earlier in the episode it’s a “record” but now it’s a portal in space that leads to the Abyss. 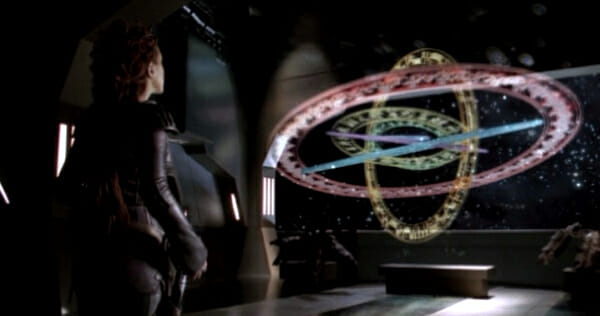 One of the better episodes so far this season, and we have Keith Hamilton Cobb (Tyr) to thank for that, given that he’s the best actor on the show. The scenes where he’s with Pish and then Beka were highlights of the episode; he’s been sorely missed this season, and sadly, he’s just about gone for good. 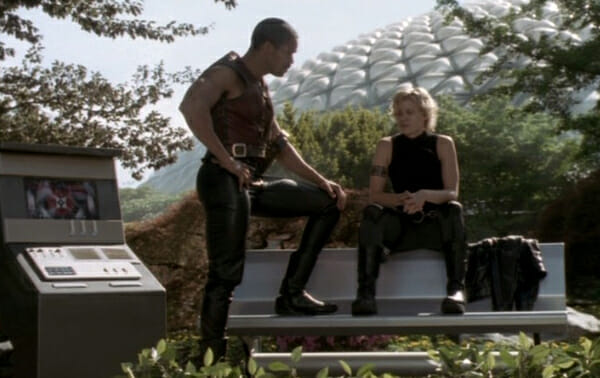 Replacing him as Andromeda’s Nietzschean crewmember is Telemachus Rhade. I like how they dug into a season 2 story to bring him back, and the Gaheris Rhade clip show was season 3’s best episode. But as a character, Telemachus is boring as hell. He is blander than bland with zero personality or memorable qualities. Great… 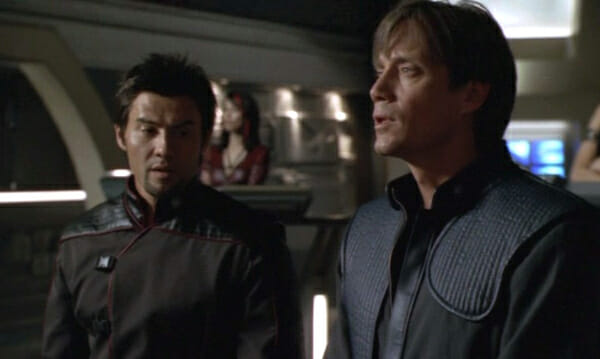 What are they gawking at?

There’s a lot of junk in this episode I glossed over, like Rhade getting captured by Pish and having to get rescued, and the Commonwealth acting like dummies – I also didn’t care for the weird oracle lady and her “ohh, I’m so mysterious and say cryptic things” attitude.