Siegfried and Roy kidnap Captain Hunt and force him to play their dangerous game. 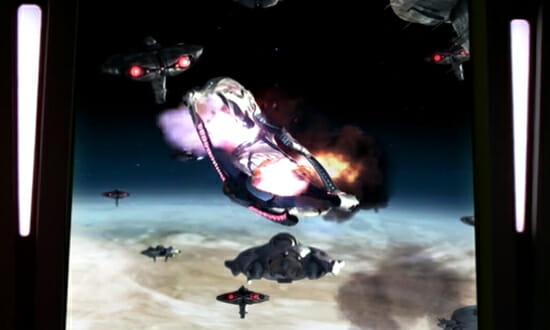 The Nietzscheans are up to no good

On Andromeda, a courier arrives with video footage showing the destruction of a High Guard ship at the hands of Nietzscheans in the Almagest star system. 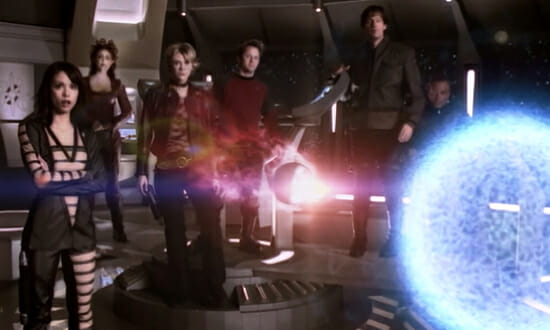 Rommie, what are you wearing?

Upon Andromeda’s arrival, we learn the system is plagued with high solar activity, causing communication difficulties. 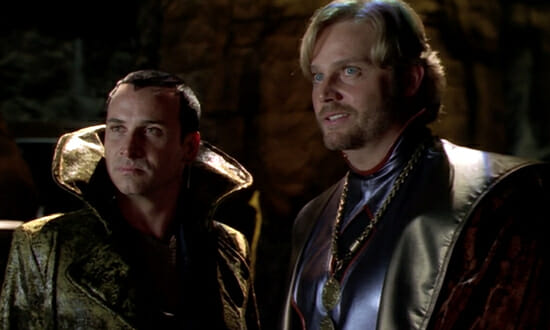 Hunt tries to speak with Almagest’s Ministers of Tourism, Shig and Lipp-Sett (or as I prefer to call them, Siegfried and Roy), but the interference prevents substantive dialogue. They invite him to their world to speak in person – bad idea. 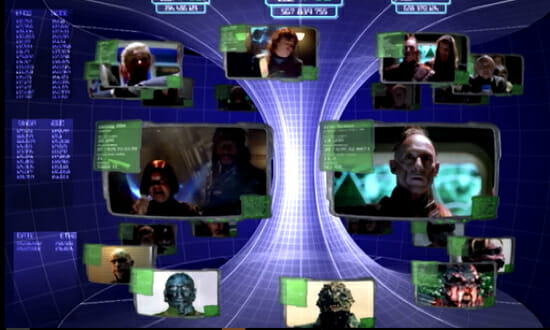 Hunt heads down in a slipfighter but becomes up an unwitting participant in a sort of reality show hosted by Siegfried and Roy, where people place bets on whether Hunt will endure certain trials and situations. 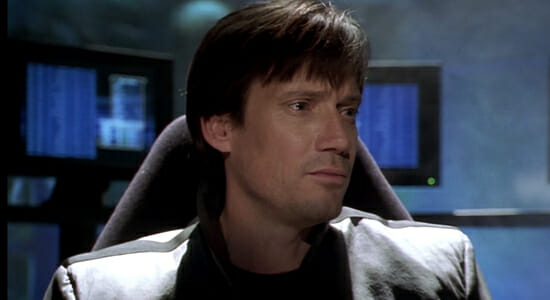 Hunt has quite the misadventure

First he’s attacked and has to eject from his fighter, then finds himself in a cave, a bar where he’s confronted by his mother (!), an illusionary Andromeda, and finally real Andromeda, where he must fight a fake version of himself. 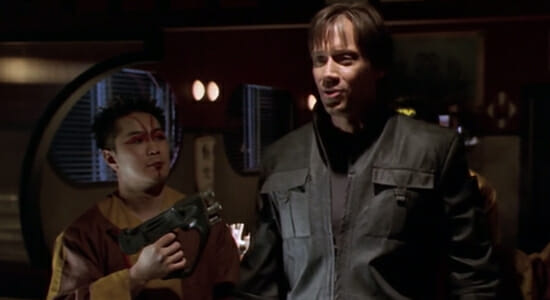 One of the many trials Hunt has to face

Siegfried and Roy lose the game and Andromeda leaves Almagest. 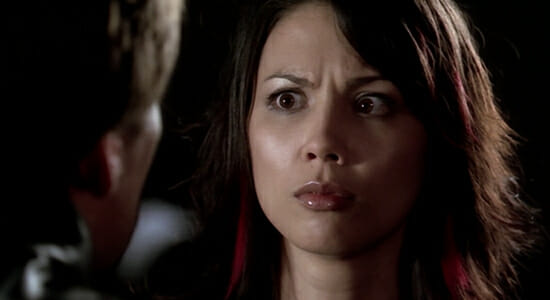 Rommie has a run-in with Fake Hunt

This episode seems to have been a response to the reality show phenomenon, which was really picking up steam in the early ’00s. It’s not a bad idea, but it’s just…not very entertaining as presented here. It’s just an excuse for Kevin Sorbo to run wild, hog all the screentime, have fun in action scenes, and say snarky remarks, while the rest of the cast gets squat in comparison. 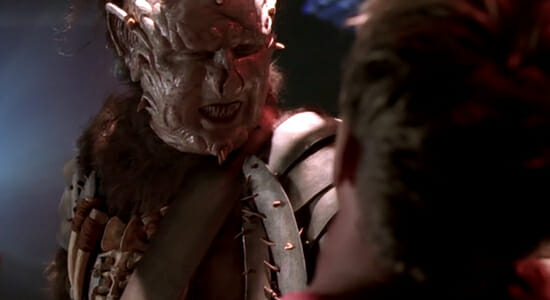 Bloodmist has a cameo on the Fake Andromeda segment

Siegfried and Roy were, of course, irritating, but the actors playing them (including Stargate‘s Colin Cunningham) did the best they could and seemed to have fun doing it. Good for them at least. At the end of the episode, Hunt wins a bunch of slipfighters from them and frees the slaves of their world, but it’s presented as an afterthought. Sure would have been nice to see that. 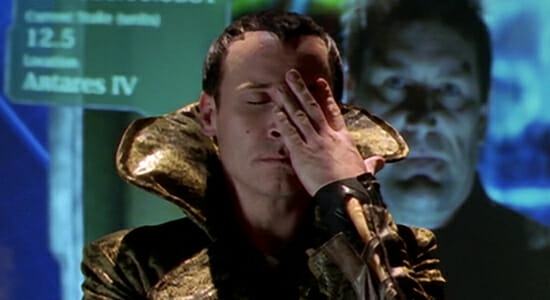 We’ve seen courier ships in Andromeda before, but they’re getting a lot of use this season. Instead of being able to send long range transmissions, Commonwealth ships in the series have to send tiny, one-manned ships to send messages to far away places. It’s adorably old-timey but also strange and out of place in a sci-fi show with faster-than-light travel and all that. Also being a courier ship pilot must really suck.