Captain Hunt and crew encounter the designer of the Magog World Ship: the half-human, half-android Kroton. 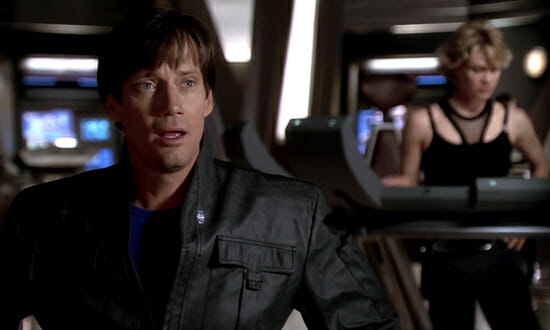 During a systems test, Andromeda drops out of slipstream and heads towards a moon. A thing from this moon zaps Andromeda and starts sucking up its power; Captain Hunt, Beka, Rommie, and Harper head down to the surface in the Eureka Maru to destroy this thing before Andromeda loses all power and crashes. 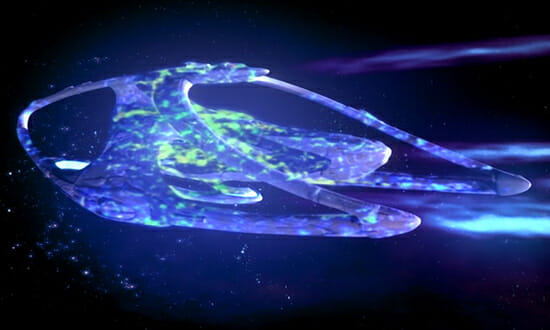 As the Eureka Maru lands, the crew sees that Andromeda’s not the only victim of the power sucking thing; the ground is littered with dead ships – a graveyard. 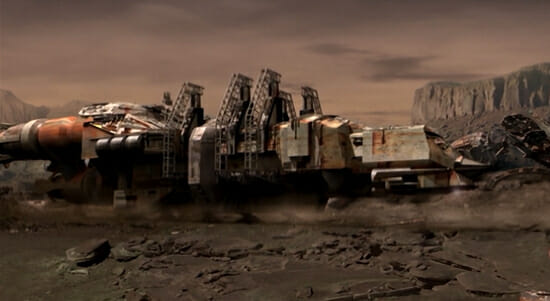 The Eureka Maru lands on the moon

Hunt and Rommie run into Molly (from Lava and Rockets) whose ship was one of the casualties of the power sucking thing. The dude responsible for all this shit is a mandroid named Kroton; he designed the Magog World Ship, and is now making robo-clones of himself to…take over the galaxy or whatever. 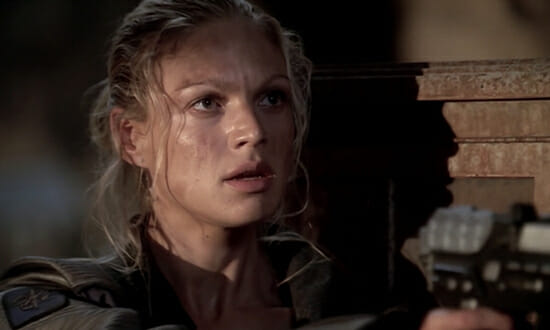 There’s also a sideplot involving Beka and Harper searching for a mystical treasure (serial quantum chips) that’s on one of the crashed ships. 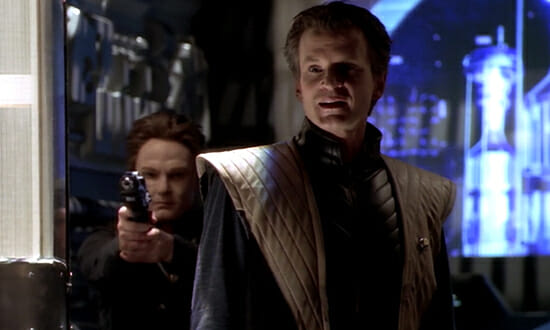 Kroton sure loves talking about how evil he is

Hunt and co. blow up Kroton’s shit and return to Andromeda, but the moon suddenly turns into a baby Magog World Ship. Hunt tricks Kroton into destroying himself by having Rommie make five slipstream portals – only one is real, and the other four lead to Explosion Town. Kroton has an 80% chance of failure, and with the odds stacked against him, does not survive. 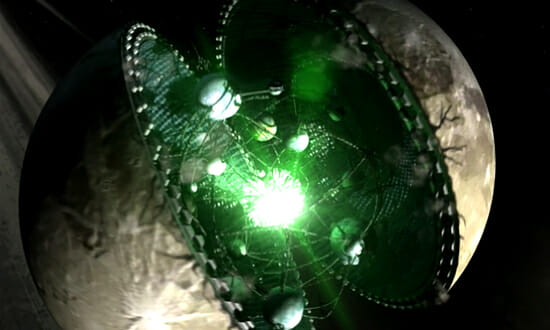 Oh, and Beka and Harper? They find the chips but they were all ruined from years of exposure to cosmic rays. Bummer. 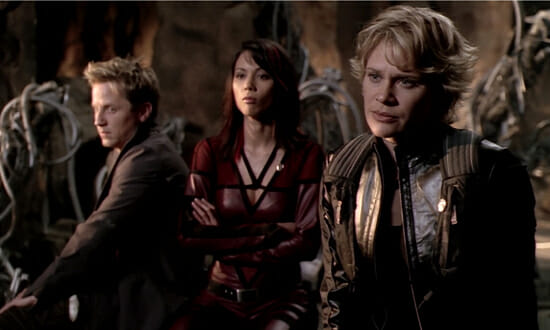 The rest of the “away team” (or whatever Andromeda calls it)

Time and time again, we keep getting this same drivel. This is Andromeda now, take it or leave it. Action schlock with a cheap, dumb villain and awful dialogue everywhere. It’s been like this for awhile now. I don’t like it. I also don’t like why they retconned Kroton as the creator of the Magog World Ship. Then again, it’s not like the beastly Magog could have made it themselves. But I don’t think an asshole named Kroton should have been responsible.

The Baby World Ship is destroyed

I didn’t like that trick with those five slipstream portals. It’s like something out of a bad Saturday morning cartoon or worse – it sounds like something a kid playing with action figures would come up with. Hey wise guys, if it’s such a good trick, why haven’t you done it ’til now? 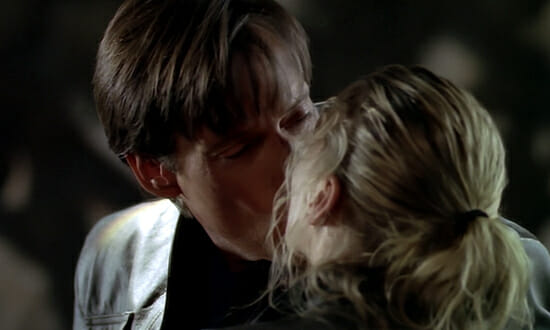 Molly was great, but the forced relationship between her and Hunt is not, and it’s frankly a bit gross. Their flirty dialogue is almost as bad as Kroton’s “You can’t stop me because I’m evil” lines…especially that last scene. Good grief.