Hunt must rescue a kidnapped Commonwealth leader from a Collector named Paroo. 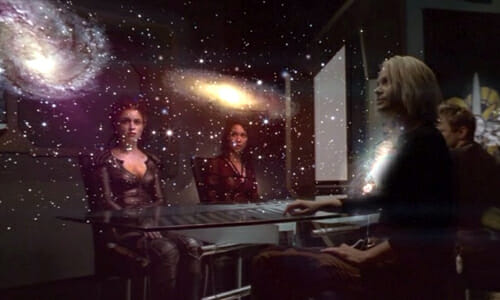 The crew plans their next move

After the devastating battle at the end of last episode, Andromeda searches for survivors from the Commonwealth fleet. 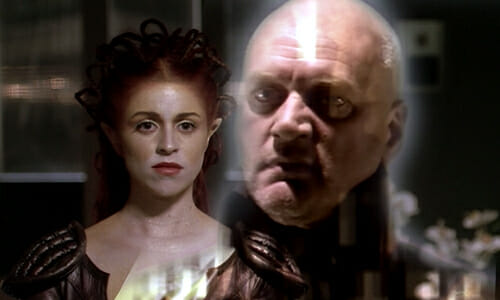 A message from Paroo

Hunt gets a message from a man named Paroo, the head of Commonwealth Security. It seems he’s an asshole and is actually working against the Commonwealth – he claims to have captured Tri-Jema, a member of the Commonwealth government (the Trimverate). Paroo plans to kill her and blame her death on Hunt. 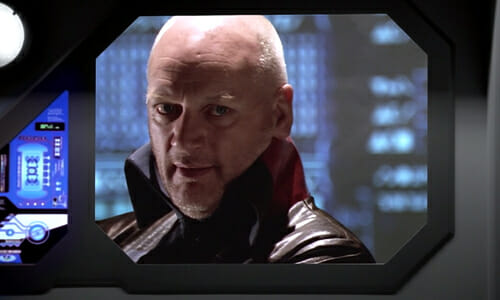 Rommie uses zoom, enhance, zoom CSI techniques on Paroo’s message and figures out he’s on a planet at the All Forces Nullification Point (a dangerous part of space). It sounds fancy, but its really the standard cave set we’ve seen all series long. 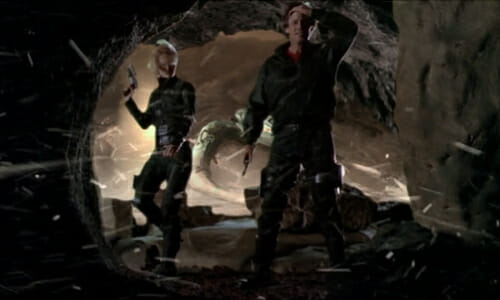 Beka and Hunt head down to the unstable planet

Hunt heads down and rescues Tri-Jema, then beats the shit out of Paroo until he turns into a puddle of goo. 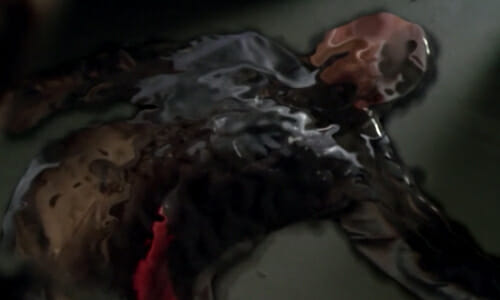 It’s a new season, with new writers running the show. The Abyss is finally back after being absent and ignored all last season, and arc-storytelling comes back into play. We’re also introduced to a faction called the Collectors. They’re people who’ve kept all the knowledge of the Commonwealth before its fall – Paroo was a member, and I think the Perseid from Harper 2.0 might have been retconned into being one too. For some reason this group has now allied themselves with the Abyss, and will be a major adversary this season. 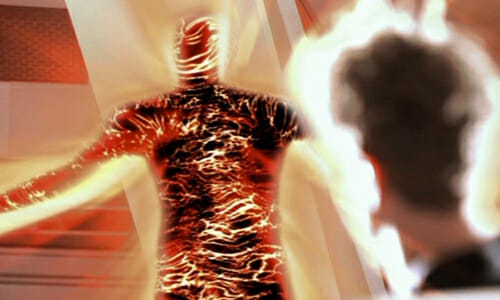 In regards to this episode, I never understand why people want to frame Hunt. We saw at least one attempt last season in The Shards of Rimni; it doesn’t make sense for Hunt to betray the very same Commonwealth he restored, yet characters – like Tri-Jema (briefly) – get tricked for the sake of the plot. 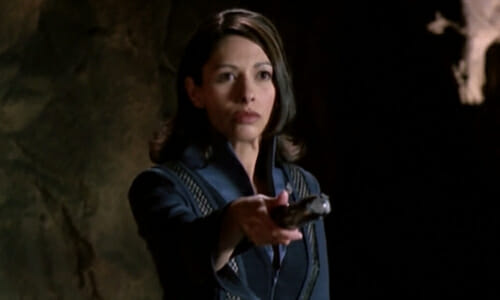 I also got bored with all the scenes of Hunt and Rommie watching video clips of Paroo. How long did it take? Felt like a quarter of the episode. And the confrontation with Paroo at the end was pitiful, even by Andromeda standards.