Andromeda picks up an escape pod containing a “princess” who’s in a lot of trouble. 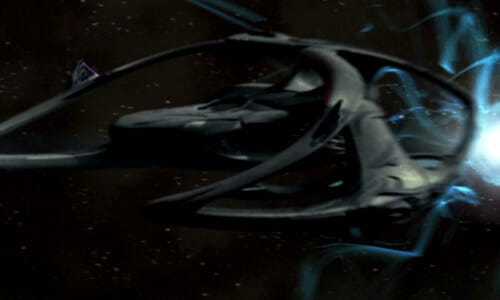 Andromeda finds itself in a part of space where people dump their trash – it’s like a big ole space dumpster. The ship’s stuck because all the shit (literally?) out there makes it hard to navigate. 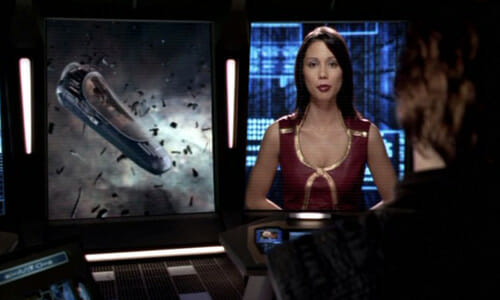 Rommie detects an escape pod containing a princess named Lorena; once awakened, she offers her assistance in pointing Andromeda to the way out. 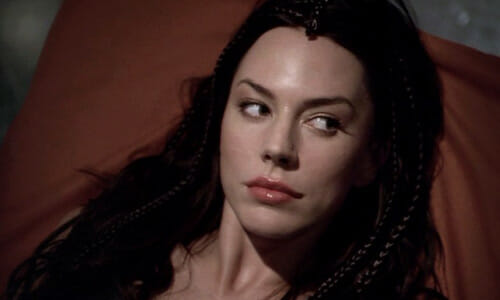 Ships belonging to different groups of assholes arrive and converge on Andromeda. All these assholes want the princess, but as we soon learn, she’s not a real princess. Lorena is really a con artist who tricked them all into believing she was a princess/goddess/whatever so they’d give her money. 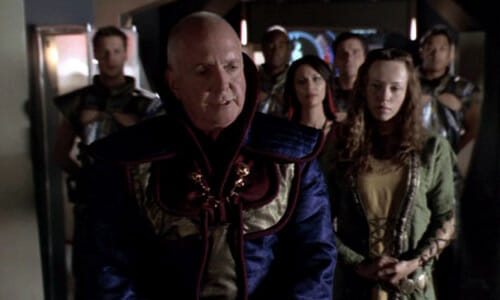 Rommie is surrounded by assholes

The planet Prolon’s Ministry of Justice wants Lorena tried for her crimes, and they send an android judge who immediately pronounces her guilty. Captain Hunt halts her execution and offers to represent her. 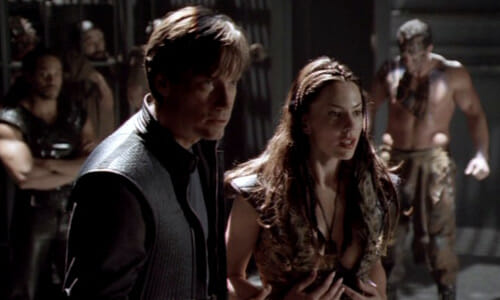 But instead of a courtroom drama, what we get is Captain Hunt engaging in a knife fight with a large, tattooed man. During the fight, Harper hacks into the judge and has her declare a mistrial. 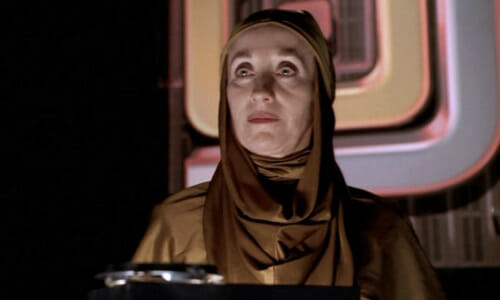 The Prolon judge declares a mistrial

The now exonerated Loreena attempts to escape in the Eureka Maru with the money she stole, but Beka brings her back to Andromeda. There, Hunt forces Loreena to transmit an apology video all across the system, promising to donate all the stolen money to the poor. 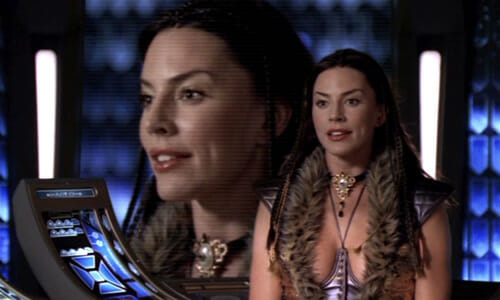 Lorena broadcasts a message to the entire Prolon system

This was bad. Really, really bad. Worse than ice queen episode, but maybe not quite as bad as the season premiere; at least everything that happened made sense. Mostly. The episode tries very hard to be a comedy, but instead comes across as embarrassing and maybe even a little pathetic. 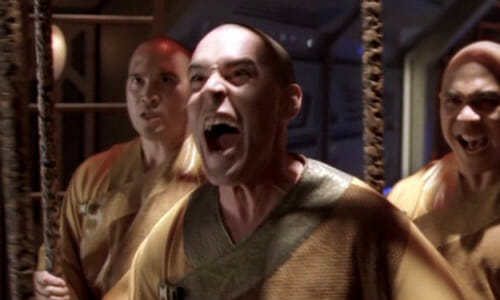 Loreena was annoying and obnoxious (and a weak actress to boot). She was like the princess in Enterprise‘s Precious Cargo – one of Enterprise‘s, and Star Trek‘s, all-time worst episodes, might I add. And it’s gotten to the point that whenever we’re introduced to an attractive female guest star, I ask myself how long it’ll be until Hunt kisses her. 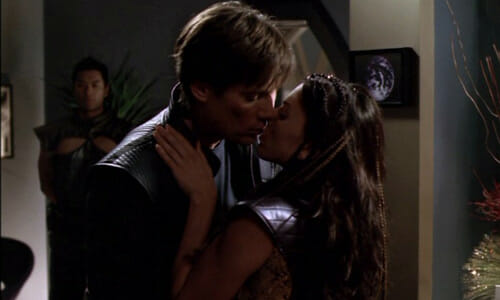 But this episode is a little different – he kisses her twice!