Andromeda fights the Pyrians over ownership of a planet. 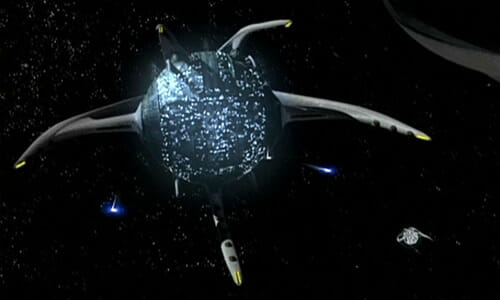 Andromeda arrives at the planet Samsarra, a Commonwealth colony that the Pyrians (last seen in early season 2) are messing with so its atmosphere will be more suitable for them to live on. Major uncool. 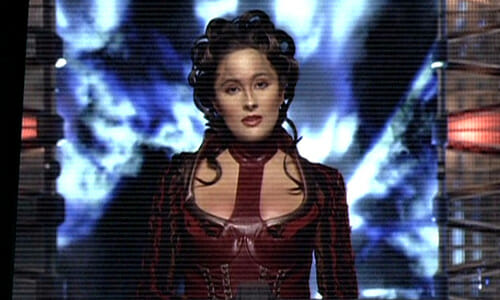 The commander of the Pyrian forces

A firefight breaks out between the Pyrian fleet and Andromeda. The commander of these Pyrians, as it turns out, is a member of Trance’s species. They think the Commonwealth doesn’t stand a chance against the oncoming Magog Worldship, so the Pyrians will take things from here by, uh…picking a fight with the Commonwealth? Yeah, this doesn’t make any sense. 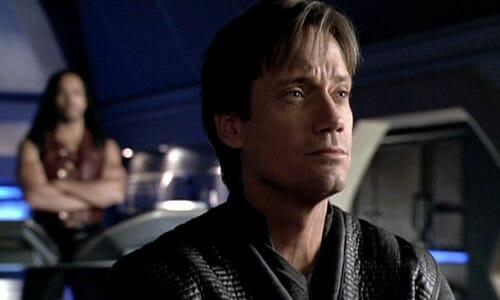 Commonwealth High Guard reinforcements arrive but the Pyrians beat the crap out of them. Captain Hunt decides to go scorched earth and destroy Samsarra, now that the colonists have evacuated: “…sometimes, winning just means preventing the other guy from achieving his objective.” It works, and the Pyrians are like, “Okay, fine. You win,” and cease their attacks. 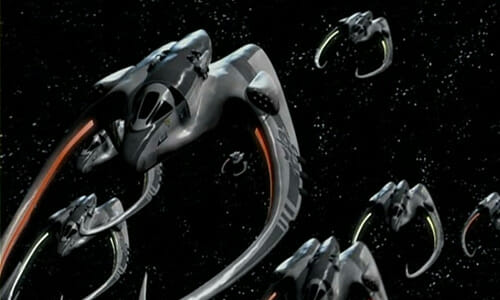 Reminded me a bit of D Minus Zero where the whole episode is a chess game against an enemy, but on a larger scale with fleets of starships instead of just two. This proved to be detrimental to the episode because the show’s low budget couldn’t really do justice to the battle. It was salvaged by some good Beka scenes, though, where she deals with the stress of leadership, commanding a squadron of Slipfighter pilots. 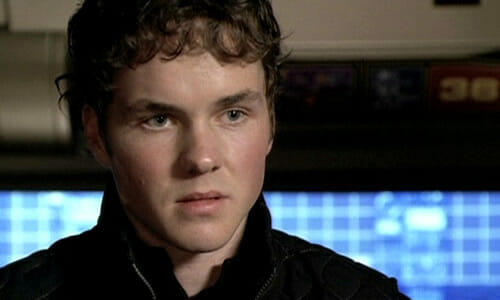 One of the pilots was Billy from Battlestar Galactica!

The weirdest thing was that this felt like an arc episode, but it’s in a season with all standalone episodes. Like a lone Lego piece sitting out in the open with nothing to connect to. At least we know the Magog Worldship plotline is still running; I was convinced it was going to be dropped and swept under the rug since it hadn’t been brought up this season. But know what will get swept under the rug? The Pyrians. 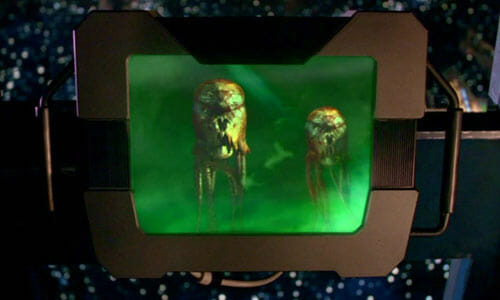 Bye Pyrians! Time for you to join the Than, Uncle Sid, Isabella Ortiz, and many others we’ll never see again.