Rev Bem returns and spends this clip show episode hiking and yelling at a star. 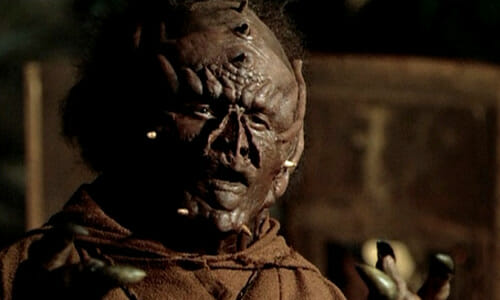 Andromeda arrives at the planet Empyrium, which is falling apart due to geological instability. The crew picks up all the evacuees but find there’s still one lifesign on the planet – it’s Rev Bem! 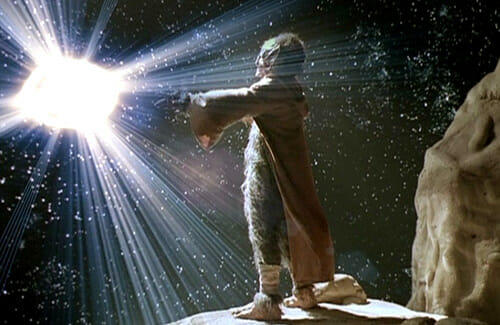 What is this nonsense?

On the planet’s surface, we see Rev Bem wandering around arguing with a talking star that appeared in the sky. She keeps telling him that he sucks, and he keeps telling her he doesn’t. Based on what we learn in later episodes, by the way, it seems this star is of the same species as Trance. We see some classic Rev scenes, like this one!

Clips from previous episodes play periodically. Pretty much every major scene involving Rev from earlier in the series is represented here. Rev makes it to a cave and the voice congratulates him for passing her test. He is enveloped in light and transforms. No longer fully Magog, he is now part human (something similar happens to someone in Babylon 5). 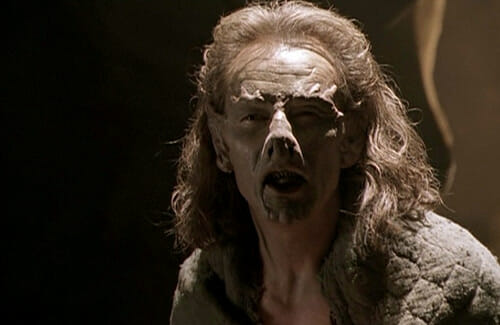 The Andromeda crew rescues Rev Bem from the doomed planet, then he leaves them to do his own thing. 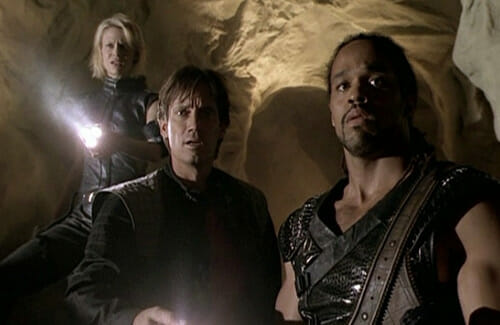 I missed Rev Bem, so it was good to see him again. Then all the clips reminded me that he was somewhat annoying and better in small doses. Actor Brent Strait left the series due to the cumbersome makeup and costume, so for his return, it looks like Rev Bem’s appearance was simplified a bit, presumably to make it easier for him. 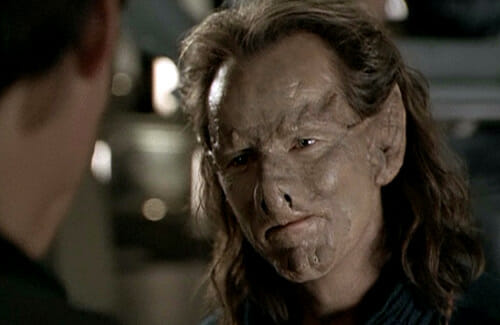 You can’t rejoin the crew, so…bye!

Rev Bem finally gets closure to his character arc, but it’s not done very well and it felt like a disservice to his character. The most interesting aspect about him was his inner turmoil between his enlightened and “monster” selves, and the fact that it’s all solved by a talking star taking the monster out of him is such a cop out. It’s like Richard Simmons ending one of his workout videos by telling you to get a liposuction. But I suppose any closure is better than none.