After the sudden destruction of a brand new Commonwealth ship, the Andromeda crew search for a saboteur among the survivors. 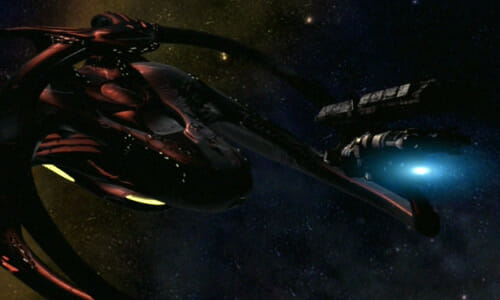 In the Eureka Maru, Captain Hunt, Beka, and Tyr head over to the christening of the Crimson Sunrise, the first High Guard vessel constructed in 307 years. 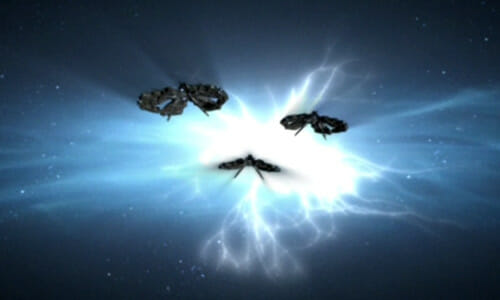 Nietzschean ships drop out of slipstream

On the way, they come across a group of Nietzschean ships belonging to the Kenja Pride. “The Kenja, well, Nietzscheans, only pick fights they know they can win,” says Tyr. Fearing there are Nietzschean saboteurs on the Crimson Sunrise, Hunt orders Beka to step on the gas to reach it before the Kenjas. 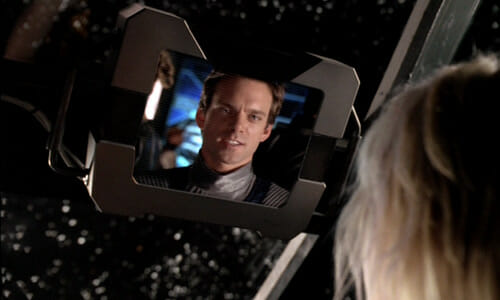 The Crimson Sunrise captain is all smiles 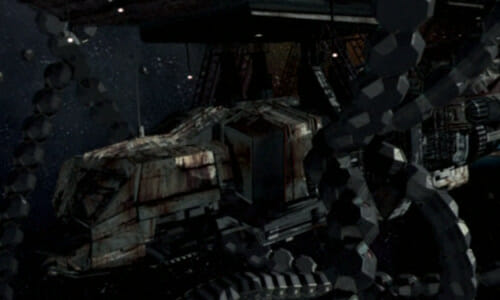 The Eureka Maru starts collecting the Crimson Sunrise escape pods that survived the explosion and bringing the occupants aboard. Among the people rescued are the Sunrise’s Nietzschean First Officer Errin. 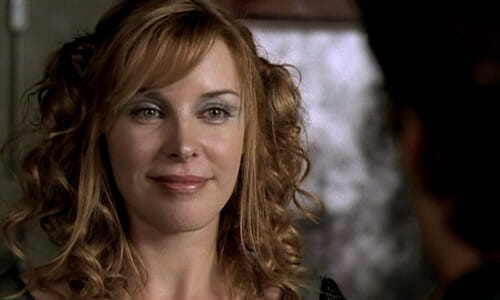 Fights start breaking out among the Sunrise survivors as they try to figure out who sabotaged the ship. Hunt and Tyr get caught up in a fist fight and end up getting jettisoned off the Maru in one of the Sunrise’s escape pods. 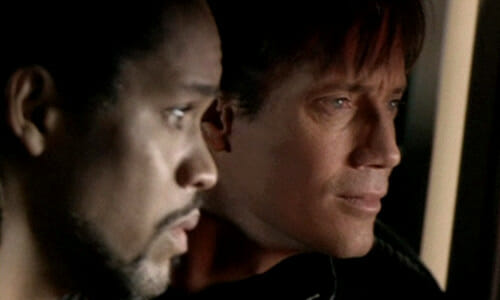 Tyr and Hunt in their escape pod

The Kenja ships arrive and attack the Maru, but Beka and Errin dump some of the Sunrise escape pods, which explode in the firefight, making it look as though the Maru was destroyed. The Kenja leave, and Tyr and Hunt’s pod is recovered and brought back aboard the Maru. 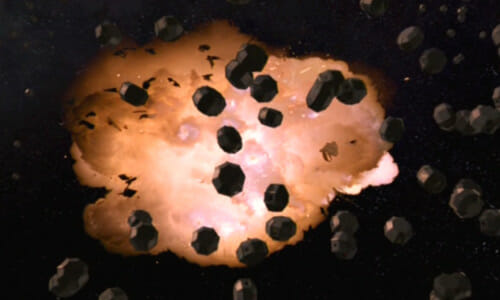 It’s revealed at the end that the Sunrise’s destruction was a freak accident after all – a comet hit a weak spot on the ship, causing the reactors to overload and explode. Yes, really. 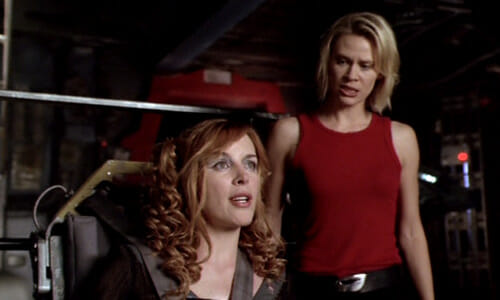 “You’re in my chair”

Not a bad episode. I liked the dilemma and the stakes, with the Eureka Maru being vulnerable, carrying a ton of passengers with a possible saboteur on the loose, and watching our heroes solve all the problems that came their way. 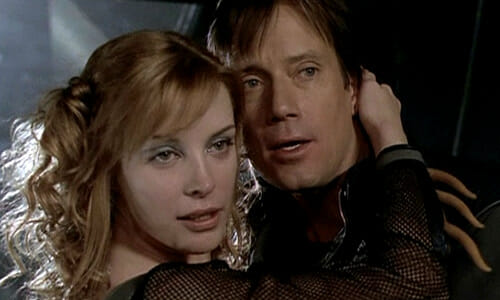 We’ll be having none of this, thanks

What really elevated this episode for me were the two special guest stars. Errin was played by Jayne Heitmeyer from Earth: Final Conflict, and though she pretty much played a variation of her character in that series, it was nice to see her. 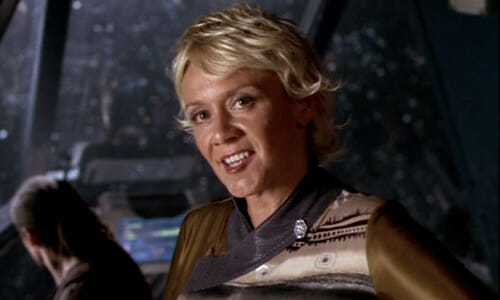 The second guest star was Lenore Zann, best known as the voice of Rogue in X-Men: The Animated Series. It’s a rare treat, and also a bit surreal, seeing someone who’s primarily a voice actor do some live action work. She played Commonwealth Senator Bayliss, one of the Sunrise’s rescued passengers. It’s later revealed in the episode that she was just a maintenance worker on the Sunrise who simply pretended to be a senator. 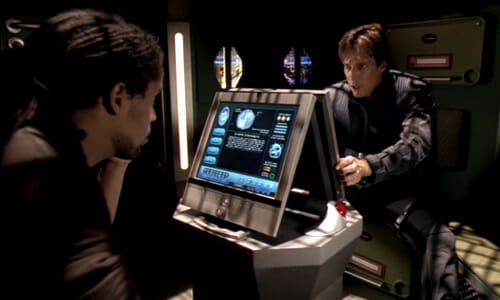 “You sunk my battleship!”

And yes, the Crimson Sunrise getting destroyed quickly and easily was incredibly cheap. I suppose they don’t make High Guard ships like they used to.