The interdimensional aliens that tried to invade return in an attempt to invade again. 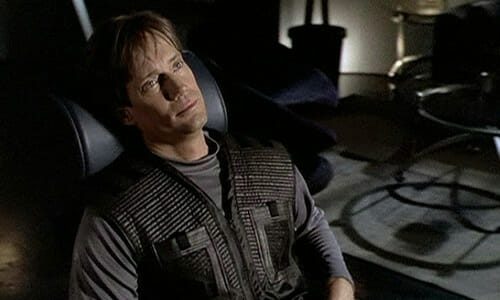 Hunt lounges around doing nothing

It’s a typical day on Andromeda, that is, until weird stuff starts happening. The main screen on Andromeda starts playing a clip from episode 8 of Hunt saying goodbye to his fiance on loop, and Harper finds a cat in the cargo bay (the same mysterious cat from the season premiere). 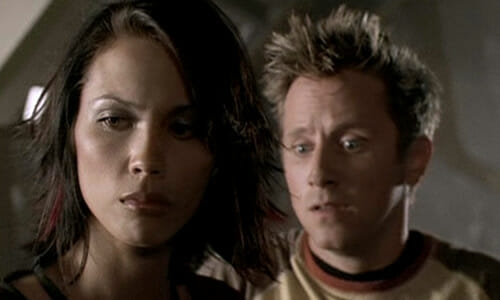 Rommie and Harper find the cat

Wormholes start opening and closing all around the ship. Remember those asshole aliens from the season 2 finale? They’re baaack. They zap Rommie and take her away to a nearby planet. 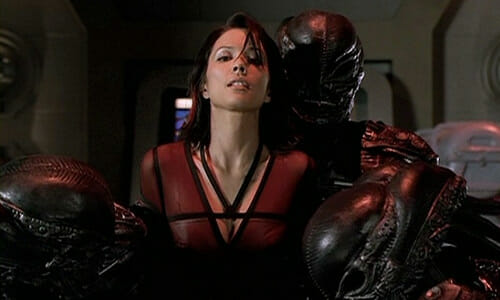 Tyr and Hunt head down to the planet in slipfighters, fighting the interdimensional aliens on the way to Rommie, who’s hooked up to a generator as a power source. She gets rescued, the generator (and planet) is destroyed, and our heroes return to Andromeda. 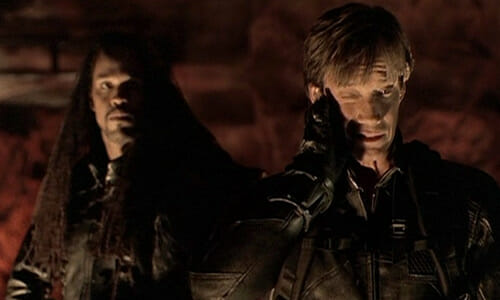 It all turns out to have been some sort of test concocted by the aliens for some reason. At the end of the episode, one of the interdimensional aliens pops onto Andromeda’s bridge and hands Captain Hunt a dagger as a reward. 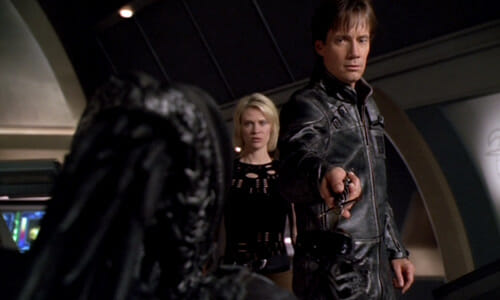 One of Andromeda’s blandest antagonists makes the return no one asked for, leading to yet another episode filled to the brim with action and one liners. In fact, the one liners, quips, and zingers were so abundant that I really couldn’t take anything that happened in this episode seriously. The crew of Andromeda treated this threat like a total joke! If they don’t care, why should I? 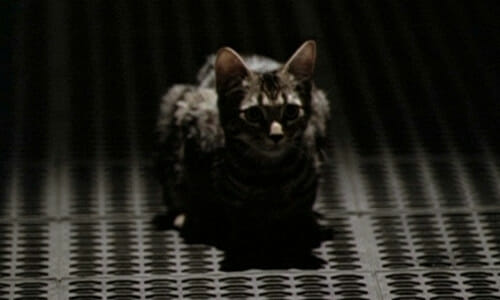 That cat showed up again. What is up with that? At least it proves these interdimensional aliens are cat people, so they can’t be all that bad. We also get a better look at the aliens in this episode and see their design is clearly an homage to the Alien in Alien and the Predator in Predator. Better make that a last look, since these guys (thankfully) don’t show up again.