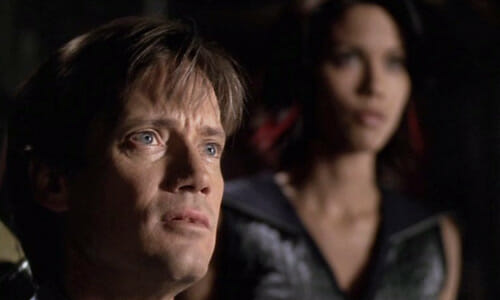 Hunt and Rommie during the Ogami attack

En route to Andromeda after a successful mission, the Eureka Maru (containing Hunt, Tyr, Harper, and Rommie) is ambushed by the Ogami. In case you forgot, the Ogami are one of the handful “generic bad guy” alien races we’ve seen before on the show. Why are they attacking the Maru? They don’t need a reason!

The Bellerophon, an old Earth exploration ship, comes to the Maru’s aid and destroys the Ogami ships. 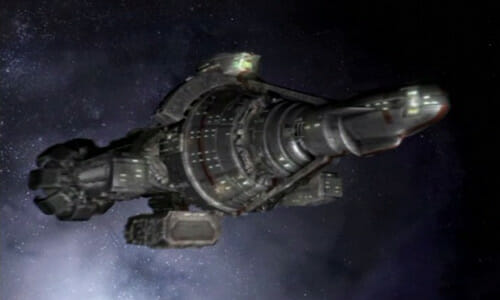 The Maru lands in the Bellerophon and Hunt meets its captain, Fehdman Metis (played by Tony Todd). The Bellerophon was launched three thousand of years ago to explore deep space. Instead of having a slipstream drive, it has an engine that allows it to travel just under the speed of light. Thus, time passes much slower from its crew’s perspective. This explains why they’re still alive after all this time and aren’t evil android duplicates. 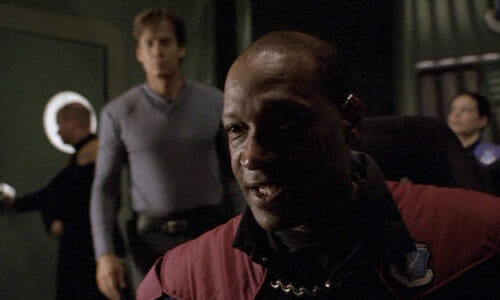 Hunt meets Metis on the bridge

The Eureka Maru’s slipstream drive was damaged in the Ogami fight; Captain Metis offers to give Hunt a ride to the nearest habitable planet. However, because of the time dilation from the Bellerophon’s engines, the journey will take 57 years. 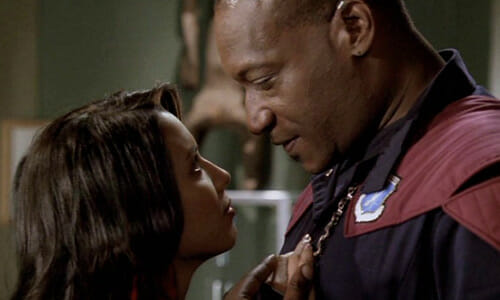 Meanwhile, we learn that members of the Bellerophon’s crew aren’t very happy with Metis’ leadership. He’s become obsessed with his mission, which should have ended years ago, and treats the crew like prisoners. Moreover, Metis has been keeping a secret from Hunt: there’s technology on the Bellerophon (a recovered slipfighter) that can fix the Eureka Maru. The mutineers make their move and mutiny, while Hunt has a captain-to-captain talk with Metis. They strike a deal and Hunt calls off the mutiny in exchange for the slipfighter.

Harper fixes the Maru with parts from the slipfighter. The gang takes the most vocal of the mutineers with them off the Bellerophon, back to Andromeda. 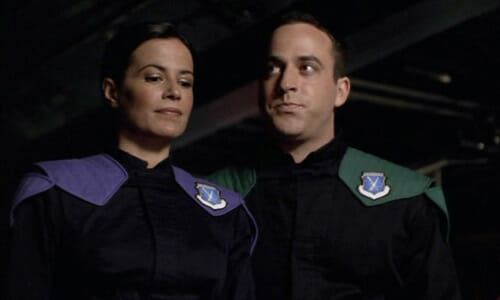 Definitely one of season 3’s stronger offerings. It felt like an early Andromeda episode, back when the show had promise. Tony Todd made for a great guest star as the Ahab-esque Captain Metis, and had some good scenes with Hunt and Rommie; he elevated the episode’s material. But gradually, the episode slips into mediocrity. Pun intended because Metis secretly having the slipfighter onboard – the solution to Hunt’s predicament – was a huge cop out. How did Metis find it, anyway? The odds of him finding it are astronomical. Pun intended again. 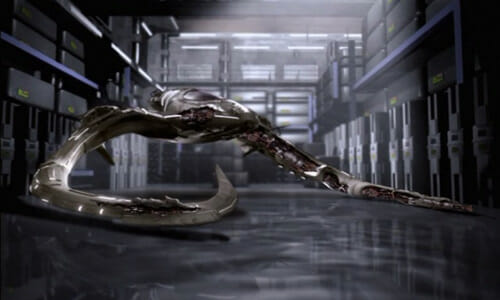 The Bellerophon’s mission of exploration and the crew’s colorful uniforms are clear references to Star Trek. It’s almost like a crossover episode! The nature of their mission and having to deal with time dilation is pretty interesting, but I don’t quite understand why they didn’t regularly check in with Earth (before it was occupied by Nietzscheans that is). If the Bellepheron was destroyed, all that precious data it collected over the years would be lost.

Finally, the Ogami are still boring and still suck. Fortunately this is the last we’ll see of them.