The crew of Andromeda rescues a group of mental patients who escaped a crappy, oppressive planet. 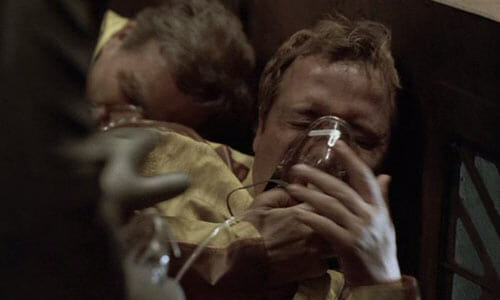 The crew of Andromeda rescues a bunch of people

Andromeda comes to the aid of a freighter that’s under attack; the ship’s passengers are refugees escaping the oppressive planet Gallaphron. After Andromeda destroys the attacking ships, the freighter’s passengers are brought aboard. 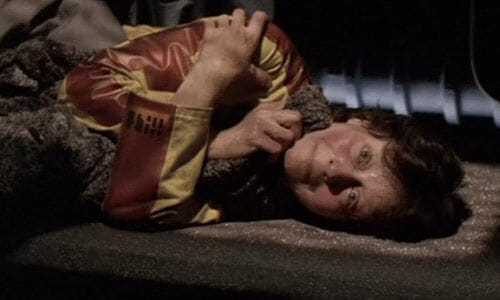 One of the rescued refugees

However, there’s something off about their behavior. Well, all except the attractive Angelika, who introduces herself to Captain Hunt with a kiss. Great. 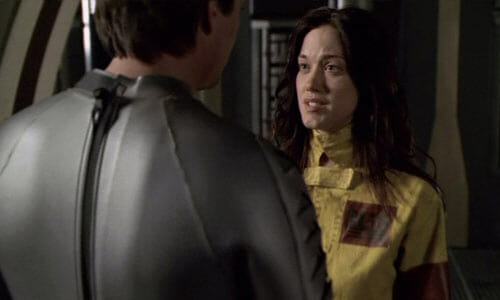 Each of the Andromeda crew members witness the zany antics of these strange people, who suddenly become dangerous and take Harper hostage in his machine shop. Tyr heads to the machine shop to rescue Harper, but becomes a hostage himself. 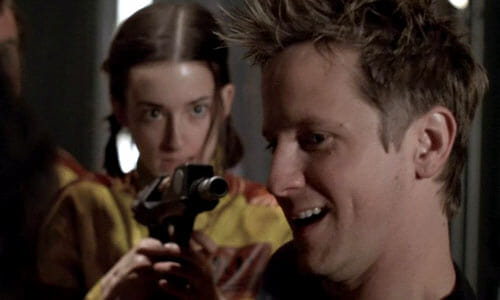 In a Spartacus moment, all the refugees (including Angelika) start calling themselves Doctor Yanomani. This is the name of the man who tortured them all to the point of insanity. Incidentally, the real Yanomani is hiding among them; he’s on a mission to deliver vital information to the Commonwealth on Gallaphron’s defenses. The information is hidden in the refugees’ minds, but Andromeda is able to extract it with brain scans. 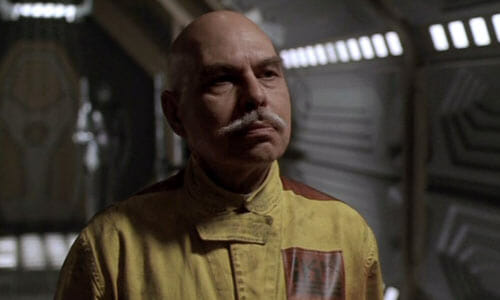 At the conclusion of the episode, Angelika sneaks into Yanomani’s quarters and electrocutes him to death. Revenge for the way he treated her and the others. 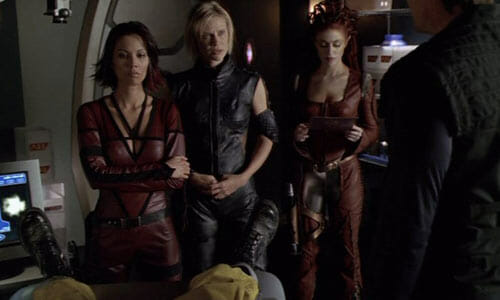 The way Yanomani hid information in his patient’s minds was somewhat clever. But the fact that he, an unsavory character, was working with the Commonwealth should have been made into a bigger deal. I wanted to know more about Gallaphron’s standing in Known Space. Why was liberating its population at the top of the Commonwealth’s to do list? 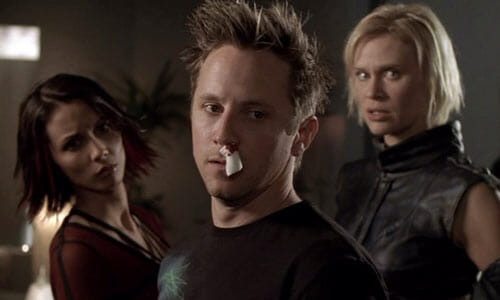 But no, the episode didn’t touch any of that. Instead, a lot of time is spent on the refugees’ crazy antics. Antics that are meant to be comical, but are in fact very hard to stomach. 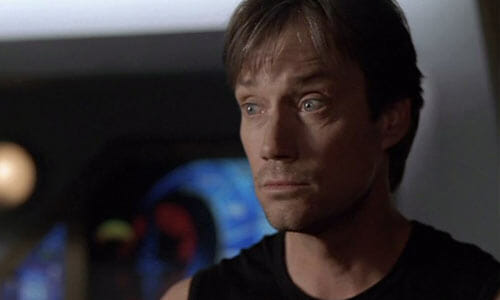 There is one really cool (but very minor) moment during a POV shot of Harper. As a group of refugees mock him, we see that one of them is brushing her teeth. It’s very random but it caught my attention, and I liked it for the same reason I liked the cat a couple episodes ago. If we had more weird stuff like that and less Harper one liners, Andromeda would be a lot more tolerable (and more like Farscape, which wouldn’t be a bad thing!).