After getting framed for murder, Captain Hunt and Harper go on a treasure hunt. 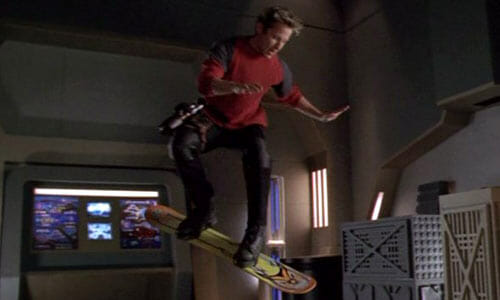 A courier ship delivers mail to Andromeda. Harper gets a hoverboard, while Captain Hunt gets a map and a broken vase piece (shard, if you will) from someone named Konstantine. 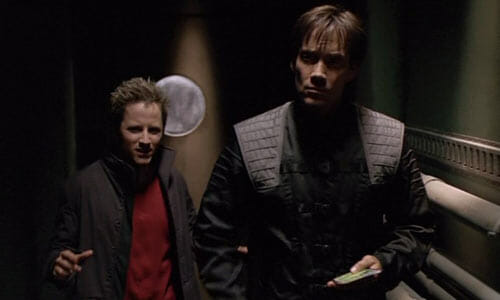 Harper and Hunt on a treasure hunt

Hunt takes Harper in the Eureka Maru to the location on the map, Fellenhoff Drift, and find a freshly murdered Konstantine. Commonwealth authorities instantly swarm on the place and assume Hunt is the murderer, arresting both him and Harper. 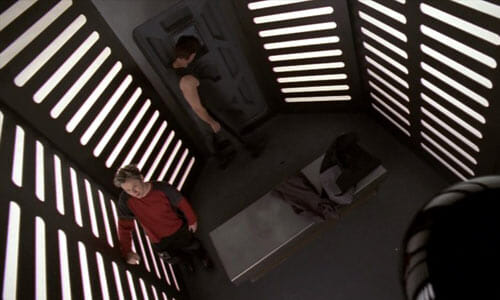 Harper and Hunt land in a cell

But Hunt and Harper have a short stay in their cell – someone bribes the jailer into releasing them. A spider web drawn in Konstantine’s blood somehow directs Hunt and Harper to go to a planet, where they meet Abelard. This is the guy who framed Hunt for murder and bribed the jailer. 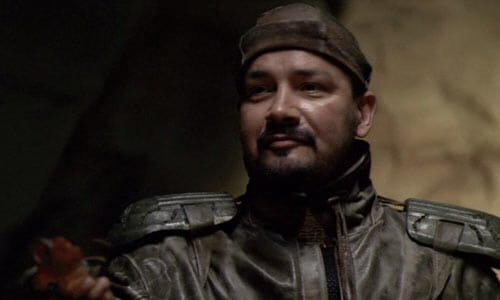 Abelard – the man pulling the strings

Abelard is interested in collecting the five shards of the Vase of Rimni; once restored, the vase supposedly gives its possessor unlimited power. The rest of the episode involves Hunt hunting down all the Rimni shards and getting into fights with the people who own them, that sort of stuff. 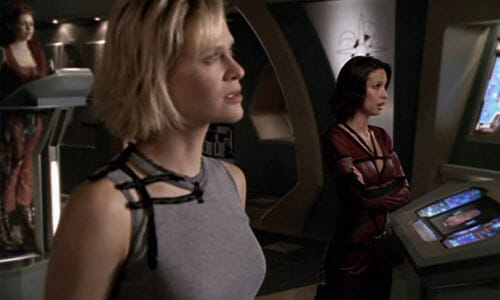 Meanwhile, a fleet of Commonwealth ships search for the fugitive Hunt. Beka does her best to stall and keep them on the wrong track. 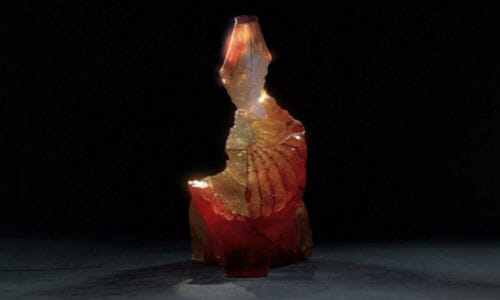 The vase is nearly complete!

Anyway, at the end of the episode, Abelard gets all the shards from Hunt and reassembles the vase, but nothing happens. Turns out the myth of the vase’s powers was just a silly story. An angry Abelard then gets tricked into confessing to murdering Konstantine over an open communications channel (one of the oldest tricks in the book), clearing Hunt’s good name. 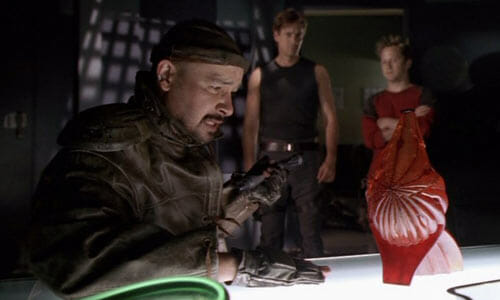 Abelard gets the now complete vase

Another boring episode consisting of Hunt and Harper hopping around and messing with assholes. At the end of the episode, when the vase turns out to be powerless, Harper talks about how the episode’s events were a waste of time. I couldn’t agree more! 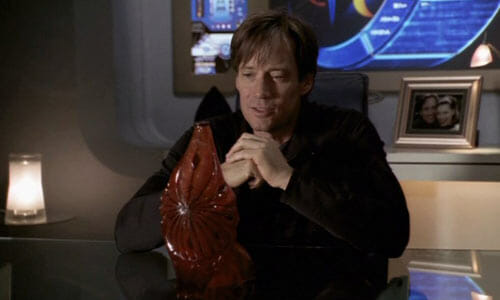 Also in this episode, we see that the Commonwealth is fully established with a ton of ships at its command so quickly after only becoming re-established a couple episodes ago. I thought it was pretty dumb for them to believe Hunt was a murderer. Considering he’s spent the last couple years being an upstanding space citizen and righting wrongs and all that, you’d think they’d cut him a bit of slack!