Andromeda spends most of the episode trying to escape a wormhole. Tyr and Beka come back possessed and try to kill everyone. 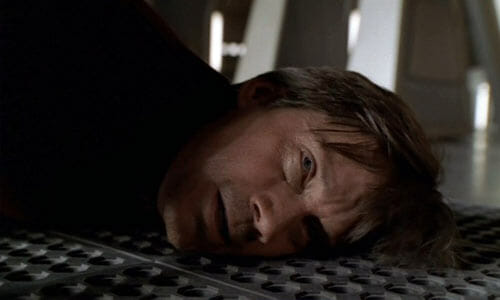 Get ready for a bad episode

Picking up from the last episode, the wormhole leading to the other dimension gets sealed up, presumably with Tyr and Beka stuck inside. Harper invents a thing to reopen the wormhole and bring them back, but it doesn’t matter because they walk onto Andromeda’s bridge as if they never left.

I don’t think it’s ever explained how they got back. 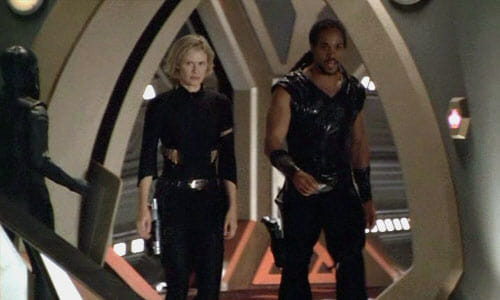 That cliffhanger sure resolved itself quickly

Andromeda escapes the wormhole, but it turns out Beka and Tyr are possessed by evil entities. They make out with each other, then try to kill the rest of the crew. 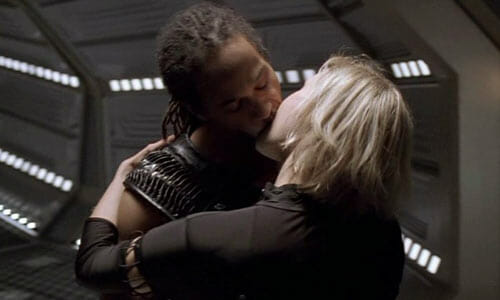 Harper finally uses the thing he invented to close the wormhole, freeing Beka and Tyr of the dimensional aliens that controlled them. 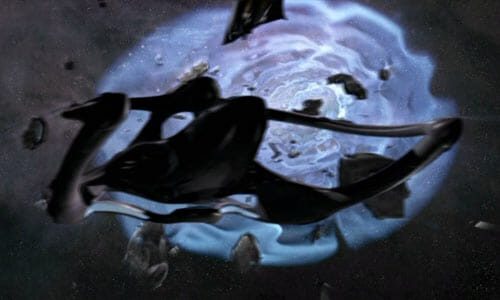 Andromeda and the wormhole

Beka, Trance, and Rommie go into the Eureka Maru for “girl talk.” Rommie changes her hair color from blue to black with red streaks; this is the most important thing that happens in the episode.

Hair change: before and after

And Tyr finds that his Nietzschean bone blades are gone (because the actor was sick of them). 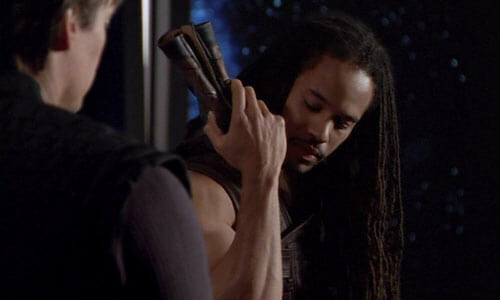 This episode is an incomprehensible mess; frenetic, boring, hard to focus, and just plain awful. Tons of things happen with no explanation like a horrible fever dream. And hey, what happened to all the people on board Andromeda in the last episode? Or the Commonwealth fleet? 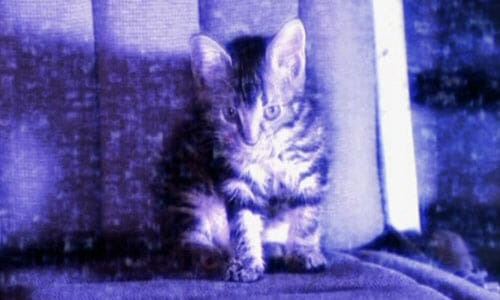 The weirdest part of the episode was the kitten that randomly shows up. First we see it on Andromeda’s screen as Rommie sifts through the Eureka Maru’s video logs. 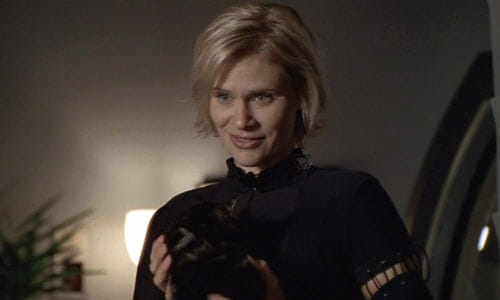 Beka takes the kitten to Hunt

Then later, the kitten mysteriously appears in Beka’s quarters and she takes it to Hunt’s ready room. But there’s no explanation for where this kitten came from and it’s forgotten after this scene! 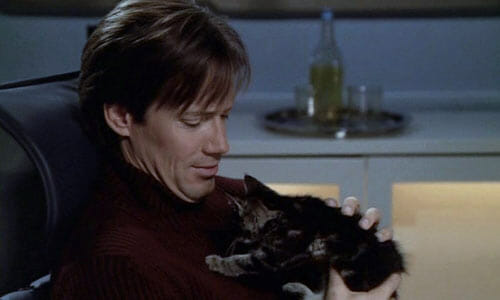 I bet someone showed up on set with the kitten one day and, either through boredom or a dare, found a way to put it in the episode. It’s not like a random kitten’s going to make the episode any worse, right?