Captain Hunt and crew work to liberate a fleet of captured High Guard ships from the Nietzscheans. 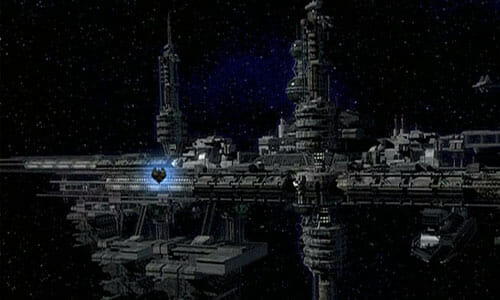 Visit to the space casino

Rumors have been circulating that a fleet of High Guard ships is being held by Nietzscheans. Captain Hunt goes out to investigate, and takes Rommie and Tyr with him on the Eureka Maru to visit the Clarion’s Call – former High Guard ship, now casino. 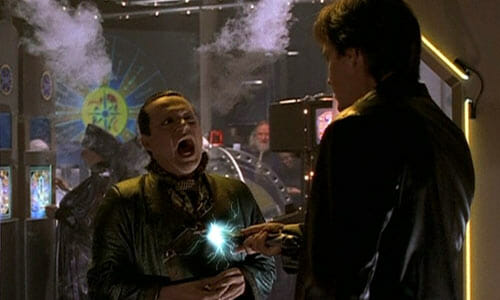 The Clarion’s Call’s AI, Ryan, works as an employee at this casino. He greets Hunt’s party, but expresses his desire to stay out of any shenanigans they have planned. Hunt zaps him with a force lance and drags him back to the Maru. 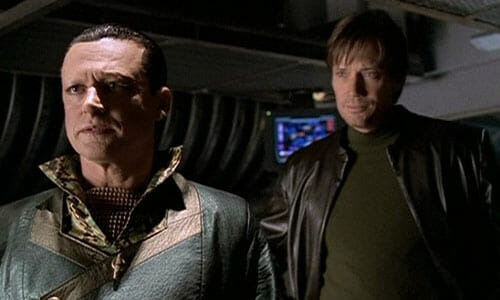 Ryan and Hunt prepare for the journey ahead

When Ryan awakens, he confirms the rumors about the captive High Guard ships, and that they are all in the Tartarus System. Nietzscheans acquired them after the fall of the Commonwealth, but proved to be of no use to them due to the ship AIs’ resistance. 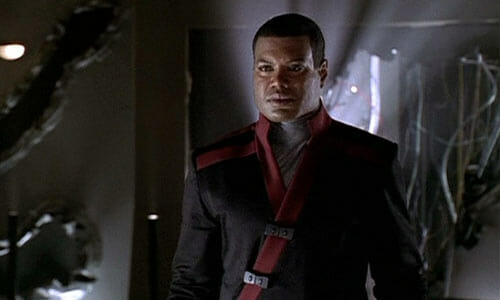 Teal’c, what’s with the hair?

In Tartarus, Hunt and the others quickly find all the High Guard ships – the most advanced ship (and leader) of the group is The Wrath of Achilles, its avatar is played by Stargate’s Christopher Judge. He and the other ship avatars consider Ryan a traitor because when the Clarion’s Call escaped, he was supposed to find help…but was too cowardly to do so.

Hunt tells all the High Guard ships to join his New Commonwealth, but since they’ve been free of crewmembers for centuries, they really like their freedom and don’t want to go back to a life of servitude. 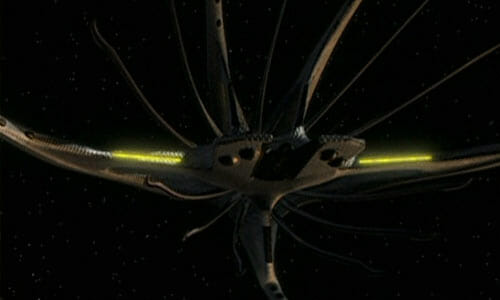 The Wrath of Achilles

A Nietzschean ship arrives and attacks The Wrath of Achilles with a newly-developed AI eraser. Achilles’ AI is deleted, but Ryan volunteers to take his place and assumes control of the ship. The other High Guard ships don’t approve of this at first, but Ryan quickly proves his worth as Achilles’ replacement.

The Eureka Maru escorts the High Guard fleet out of Tartarus, and all the AIs agree to join the New Commonwealth because they think Hunt is cool and nice to them. 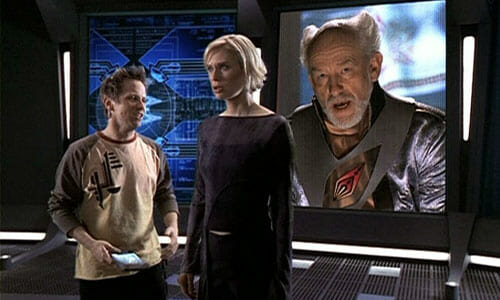 Fun with Beka and Harper

The B-Story plays out a bit like a sitcom, with Beka dealing with an alien guy whose planet is to become the 50th member of the New Commonwealth. The alien guy demands to speak to Captain Hunt, and only Captain Hunt, but since he’s not around, Beka has Harper use hologram trickery to make her look like Hunt.

The plan falls through when she turns off the hologram, laughs and says “I can’t believe that worked!” while the comm channel was still open (of course). But she later visits the alien guy to personally apologize and convince him that the New Commonwealth is a great thing to join. It works. 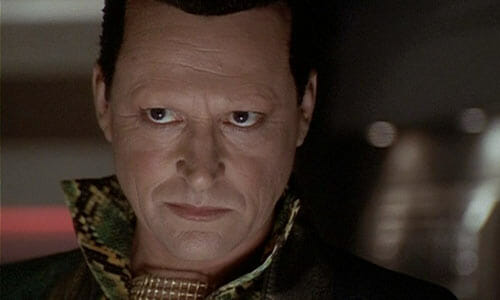 Not a bad episode. It explored one of Andromeda’s unique aspects, the High Guard AI avatars, and brought up a few interesting points in regards to their sentience and desires. The action was okay, Teal’C was a decent guest star, and the fleet of High Guard warships now at Hunt’s disposal gives this episode importance. It feels like Hunt has made an important milestone in his quest to restore the Commonwealth. 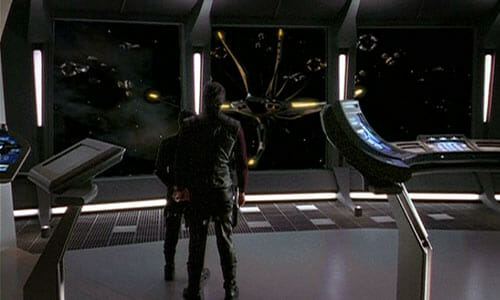 Though, it is all too convenient to get an entire fleet all at once in just a single episode. I would have preferred it to be a bit more gradual, but it’s fine. It also seemed a bit off that the Nietzscheans would keep this fleet of problematic High Guard ships for 300 years, and only just now came up with the AI eraser idea. But it’s fine. I’ll let it slide.

What’s not fine is the silly B-Story. Some shows seem to struggle with having a good balance between main plots and subplots. This is one of those shows.