The crew of Andromeda finally makes contact with one of the elusive Vedrans, whom they must protect from the always unfriendly Kalderans. 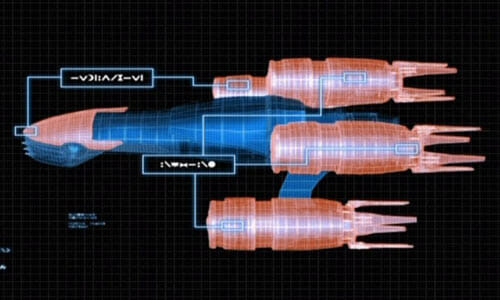 Scan of a Kalderan ship

Andromeda comes across the remains of a Kalderan ship; upon accessing its log, Rommie reveals a video showing a super fast being killing all the Kalderans aboard. Hunt recognizes this being as a Vedran, the race that founded the Commonwealth, but have since put themselves in exile (Beka tried to get everyone to the Vedran homeworld last season). 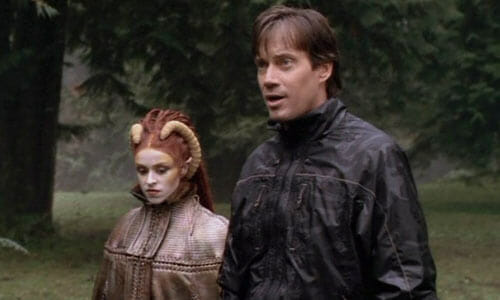 Retracing the Kalderan’s ship’s course reveals its previous destination, Ral Parthia, a nature reserve planet the Vedrans were fond of during Hunt’s time. Andromeda heads over there, and Hunt, Rommie, and Trance land in the Eureka Maru. They’re immediately confronted by a group of park rangers, but Hunt quickly convinces them they’re all on the same side. 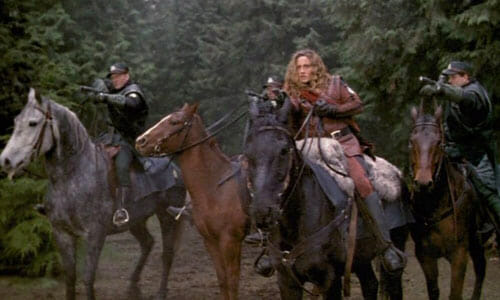 The Vedran we saw earlier in the video shows up; Uxulta is her name, and she was injured by the Kalderans. Captain Hunt takes her and one of the park rangers back to Andromeda. 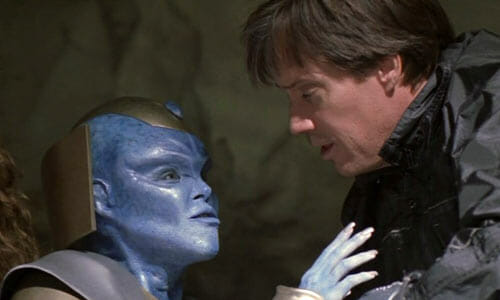 On Andromeda, Hunt asks Uxulta to lead the way to the Vedran homeworld, but instead she’d prefer to go back to Ral Parthia with Voltarium (the key component of Nova Bombs). When he asks her why, she tells him she can’t say anything – just that she’s on a secret mission and he needs to trust her. 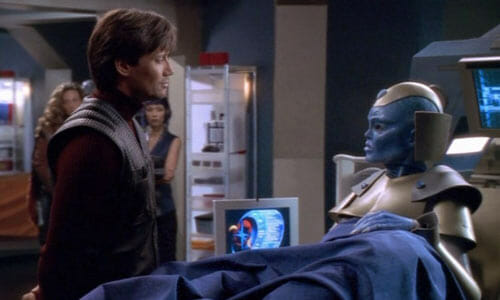 Uxulta is dropped off on Ral Parthia, and Andromeda leaves as she activates a whatever device to cut off all slipstream routes to the planet, isolating it like the Vedran homeworld. 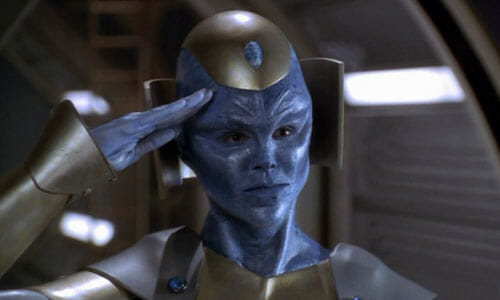 This feels like it was supposed to be a really important episode, as it was our first time seeing the oft-mentioned Vedrans, but everything about it felt lukewarm.

If Uxulta is anything to go by, Vedrans are pompous, self-important jerks, like Stargate’s Ancients. Through the entire episode, Uxulta kept telling Hunt to blindly trust her and constantly pulled rank on him. And for what? Stealing back the park planet just so she and all the other isolated Vedrans could hang out on it? 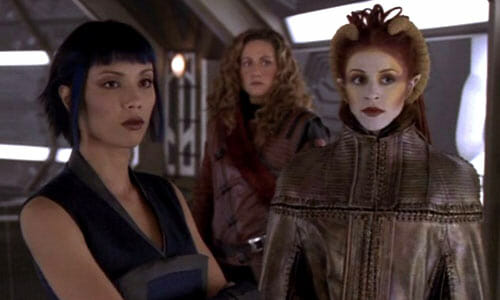 Rommie, the park ranger, and Trance

It really would have been interesting for the Vedrans, Hunt’s supposed saviors, to end up being antagonists, having become assholes after spending 300 years in isolation. But it doesn’t matter one way or the other, since this storyline doesn’t get a follow up and we never see the Vedrans again! The most we get is a small explanation in season 5 of what happened to them.

As for this episode’s real antagonists, the Kalderans were dull as always – have we ever heard one even speak? So far we’ve only seen them as raging monsters, like reptilian versions of the Magog. Generic monsters for our heroes to mow down. 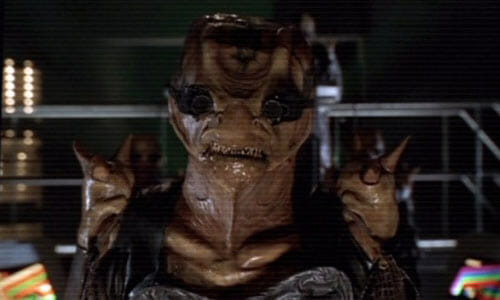 I did like the scene of Hunt’s conversation with Rommie, where he expressed his frustration with Uxulta’s mysterious machinations and showed a little self doubt in the process. This is a side of Hunt we haven’t seen in awhile and it was welcomed, as his “I’m the best and I’m always right” persona has been at the forefront for awhile.

At the very least, this episode is watchable, unlike the last five episodes. But watchable doesn’t necessarily mean “good.”