Andromeda rescues a bunch of people from a drift who are infected with a disease that’s really a sentient lifeform. 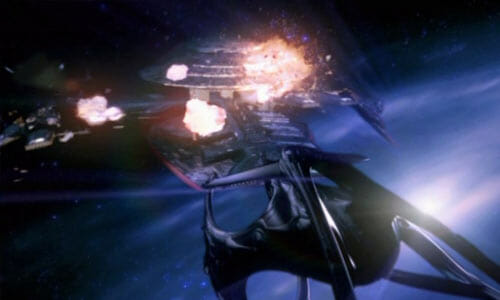 Andromeda parked at the damaged/explodey drift

The crew of Andromeda rescue a bunch of people from a damaged drift that is soon destroyed by a fleet of Than ships. Andromeda escapes before it becomes their next target…but why are the Than destructive all of a sudden? 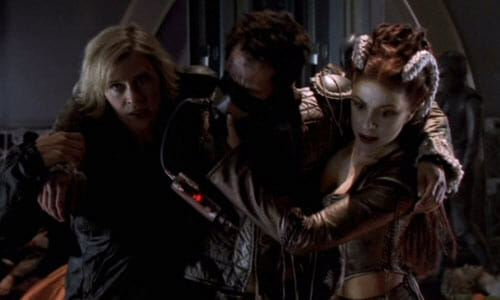 The drift survivors are brought aboard

All the rescued people show signs of being infected by a parasitic disease and start dying off; Rommie learns from her scans that the disease spreads faster when the infected are asleep. 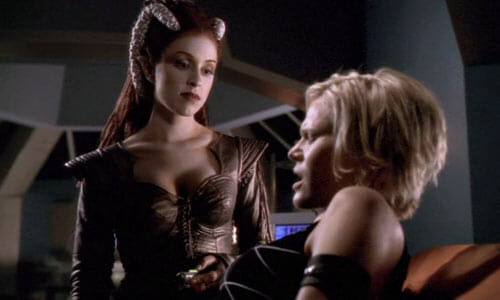 Beka is infected by the disease

Beka contracts the disease and Trance does her best to keep her awake by offering drugs, but in a nice reference to It Makes a Lovely Light, Beka refuses, not wanting to become an addict again. 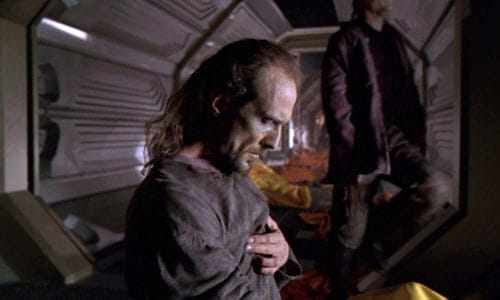 And the dead shall rise

The dead bodies of the people who succumbed to the disease rise up. Yep, they’re zombies. They try to pass on the disease to the Andromeda crew by kissing them. Trance gets infected and becomes a vessel to the virus, now revealed to be a sentient life form that just wants to reproduce and survive like anyone else. 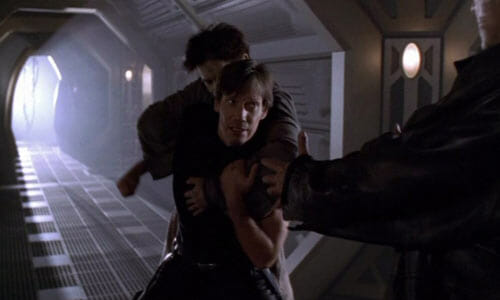 Hunt fights off some zombies

Hunt realizes that the reason the Than attacked the drift was to stop these virus aliens from spreading. 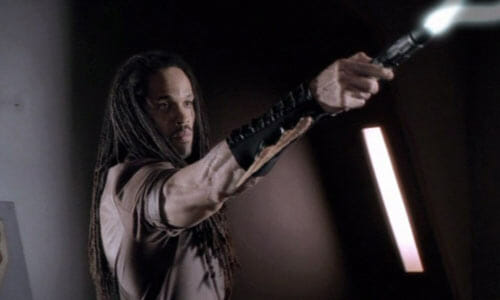 Harper observes that electricity weakens the zombies – a strong enough electric shock should be enough to free an infected person of alien virus’ hold. Hunt uses his force lance to shock Trance, freeing her, and then she programs Andromeda’s nanobots to deliver a similar shock through the rest of the ship to free the rest of the infected. 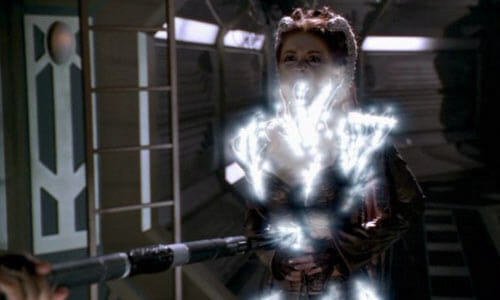 Here we go with another incredibly weak episode filled with tedious action. I’m not sure why the virus turned out to be an alien because it had no real effect on the plot. I did like the minor Than presence (and it’s the last we’ll ever hear from them) and the aforementioned scene of Beka refusing the stimulants, but they’re merely two chocolate sprinkles on a moldy loaf of banana bread. 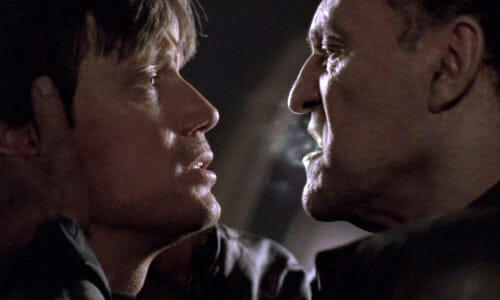 The single most annoying aspect of this episode were all the one liners and stupid quips spouted off by the cast (especially Hunt) as they tussled with the zombies. Of course, we’ve had quips before many times in the past, but in this episode they were way more obnoxious and widespread.