Andromeda rescues the Prince of Ne’Holland, and Hunt and Tyr help him claim his throne. 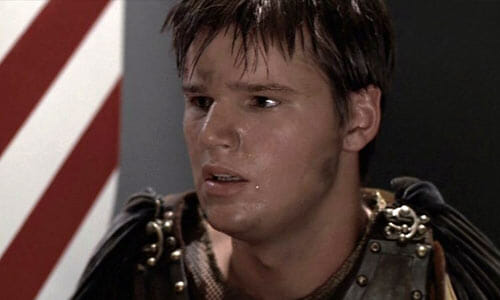 The crew of Andromeda rescues a bratty young prince named Erik from the planet Ne’Holland whose ship was attacked by Archduke Constantine, an asshole who wants the throne for himself. Erik’s father, the king, was a casualty of the attack, but right before he died, he named Hunt and Tyr his son’s co-regents. 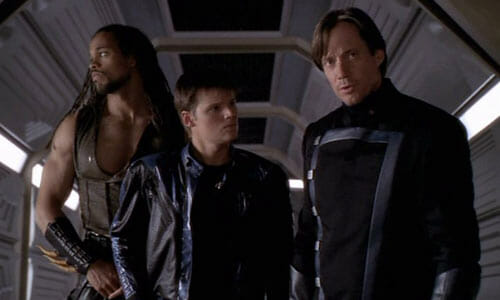 Erik and his new co-regents, Tyr and Hunt

Through the rest of the episode, Hunt and Tyr help Erik shape up to oppose Constantine and thwart his plans; there’s a lot of negotiating and Machiavellian political maneuvering, but in the end, Erik and Constantine appear to make a deal that allows Erik to have the throne. 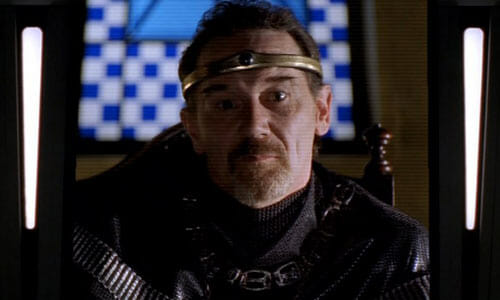 However, on Coronation Day, Constantine reneges on his deal and has his men shoot at Erik; Andromeda’s giant robots protect Erik and Tyr kills Constantine. Erik becomes the king of Ne’Holland. The End. 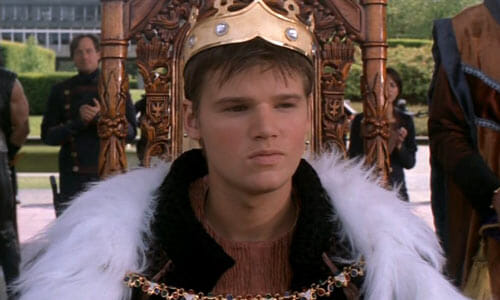 The Prince is now the King

This was a weird episode; it felt like it belonged to another show or was a backdoor pilot setting up a Ne’Holland spinoff. Thankfully we’ll never see Ne’Holland ever again because it was so boring. Every guest star in this episode is boring, they spouted off boring dialogue, the planet itself looked boring, everything! 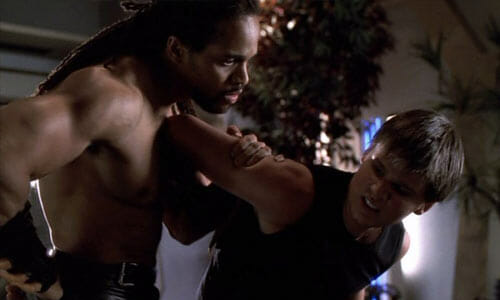 Tyr teaches Erik how to fight

The Prince tries to be an episode full of political intrigue, but because we’re not really invested in the guest characters, it all falls flat and we have no reason to care. At least the episode is not as offensive as many of Andromeda‘s other weak offerings, and it’s (kind of) watchable. 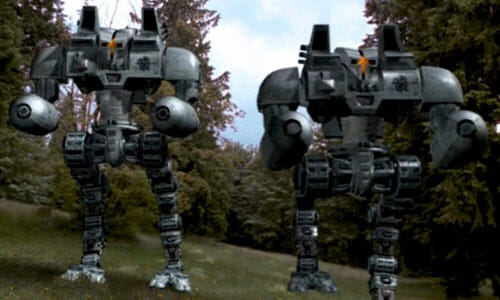 Andromeda’s giant robots show up for a second and final time. They briefly appear in the season premiere to destroy some Magog ships stuck on Andromeda’s hull, then they show up here. I suppose they were left behind on Ne’Holland. 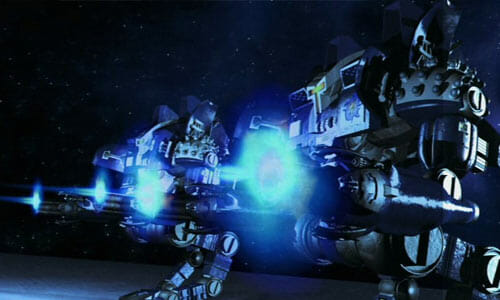 The robots’ debut in episode 23

Why go through all the effort of designing, modeling, and rendering these giant robots if they only show up two times? Perhaps there were some grand plans for these robots that fell through when the showrunner left.

Well, robots, it was nice knowing you. Our time together was short but sweet.