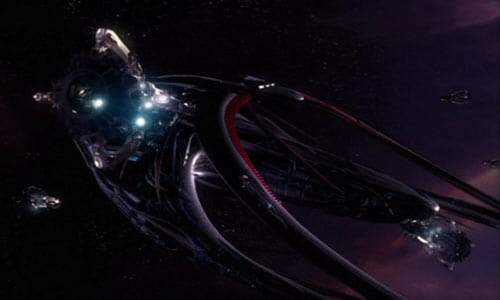 Andromeda on a training exercise with the Castalians

The episode begins with the crew of Andromeda doing some training exercises with the fish people from the murder episode. The fish people suck, but everyone forgets about them as soon as a mysterious High Guard ship enters the system. The ship’s commander, Lt. Jamahl, hails Andromeda and says he’s delivering a 300-year old recorded message to Captain Hunt from his ex-fiance. 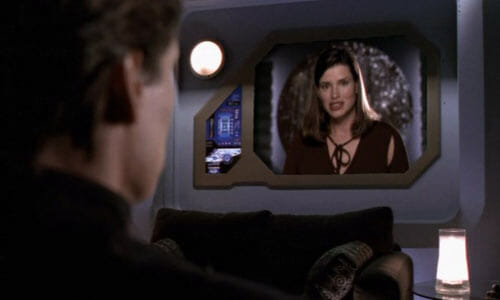 Hunt watches a recording of his fiance

Hunt views the recording and learns that after he gave his wife spoilers about the future many episodes ago, she got the survivors of Andromeda’s original crew (among others) to form a secret colony far, far away in order to preserve the Systems Commonwealth. Jamahl is from this colony, Tarazed, and he takes Andromeda back with him. 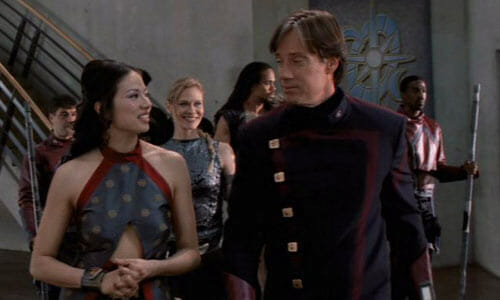 Hunt and crew are welcomed on Tarazed with open arms

The Tarazed High Guard rolls out the metaphorical red carpet for Andromeda and invites them over for brunch, where Captain Hunt meets their current leader (Rakel), along with Telemachus Rhade, the “genetic reincarnation” of Hunt’s traitorous former first officer Gaheris Rhade. 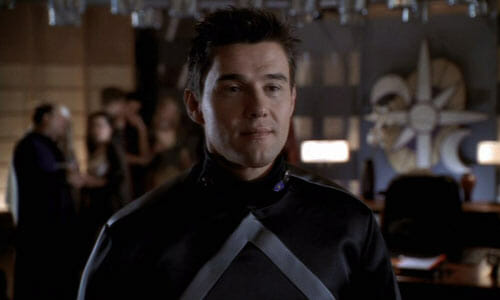 The inhabitants of Tarazed decide on whether or not to join Hunt’s New Systems Commonwealth in the form of an election. Rakel, devoted to Hunt, is for it, while Rhade, wanting to keep the peaceful status quo of isolationism, is against it. 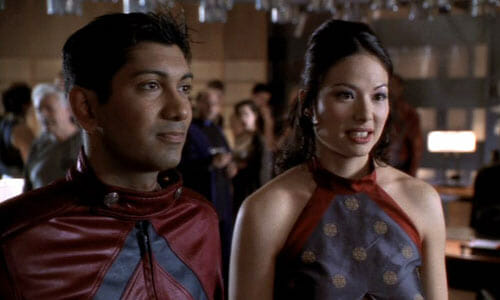 The voters side with Rhade, but Rakel suggests using her political influence to pull some strings and make things go in her favor. Being the paragon of honesty, Hunt tells her not to do it. 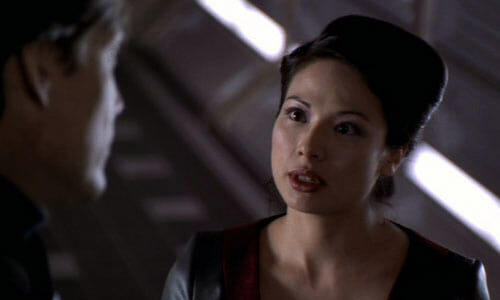 Rakel talks to Hunt about the election results

Some Magog ships enter the vicinity of Tarazed and a few Slipfighters (one piloted by Jamahl) are sent to scare them off. It works, but Jamahl foolishly continues to pursue the Magog, gets hit by wreckage, and dies horribly. 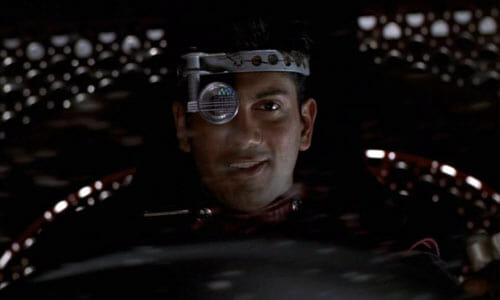 Andromeda scans the Magog debris and reveals the ships were automated and came from Tarazed. Rakel believes it’s Rhade’s doing and he’s trying to overthrow the government. Hunt has a one-on-one chat with Rhade that ends in a one-on-one fight, but it turns out Rhade was not responsible. Rakel is the true culprit and she is arrested. 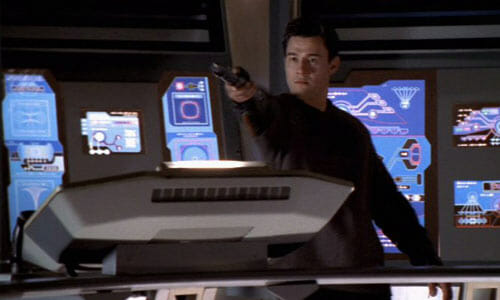 Andromeda leaves Tarazed, but Captain Hunt is confident that when the Magog Worldship gets closer, the voters will change their mind and endorse membership in the New Commonwealth. 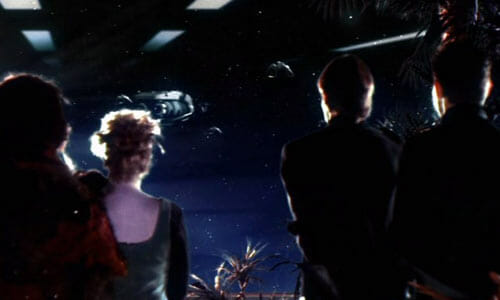 Another strong episode for Andromeda; we now know that the Commonwealth exists in some form, and there were pretty high stakes with Hunt trying to convince them to join him, and having to stick to his principles to make the right choice even if it means not getting what he wants. 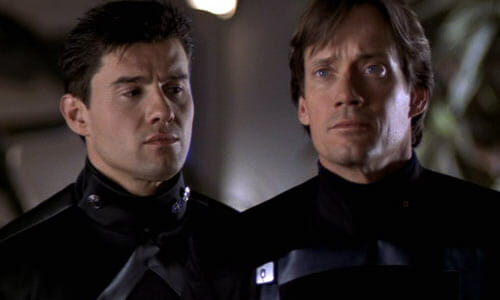 Hunt has made peace with Rhade

My only complaint is that Hunt’s fight with Telemachus was intercut with his fight against Gaheris in the first episode to show the parallels. Way to not be subtle.